Lots of Work Remain for the Atlas

The leadership team for the Wisconsin Breeding Bird Atlas II has extended a hearty “thank you” to all who attended the Final Season Kickoff in Stevens Point during the first weekend in April. Attendance exceeded expectations with nearly 150 atlasers attending.

Perhaps most significantly, thanks to a workshop led by the 50 county coordinators on hand, every atlas block has now been “claimed” by a principal atlaser. So if you go to the block request tool, you won't see any unclaimed blocks! But this does not mean we're all done—if you click to toggle "on" assigned blocks, it will show you 400 blocks still in progress. Going forward, the best way to figure out where we need you is to contact your county coordinator.

Atlas coordinators outlined their expectations for a productive final season through a set of presentations, while inspiring talks from keynoter Ian Davies (eBird) coordinator, Matthew Shumar (Second Atlas of Breeding Birds in Ohio), and Lee Pfannmuller (Minnesota Breeding Bird Atlas) gave atlasers context as to how their efforts are contributing to research on a global scale, as well as a glimpse of what comes next in terms of WBBA II web and print products.

All presentations from the kickoff have been archived and can be accessed at https://wsobirds.org/atlas-2019-kickoff

For those who could not attend, Atlas coordinators would also like to stress three main points covered repeatedly over the weekend that all volunteers should keep in mind throughout the final season:
--  All priority and specialty blocks must finish by early August of this year.
--  Keep up on data entry. Atlas and enter your data the same day!
-- Communication is the key. Volunteers can always contact any County Coordinator at https://wsobirds.org/atlas-county-coordinators and Atlas project coordinators at atlas@wsobirds.org

A very important part of the Final Season Kickoff included thanking the many donors and volunteers who have gone above and beyond in their support of the Atlas since 2015. Major donors were honored at several levels with carvings and framed photos of the WBBA II symbol Scarlet Tanager. County coordinators and top atlasers received commemorative T-shirts featuring the Mississippi Kite found breeding in the state and/or Atlas caps, and core atlasers received copies of Owen Gromme’s “Birds of Wisconsin,” donated by WSO.

While not all recognized donors or volunteers were able to attend the event, Atlas coordinators want to express their sincere thanks to each and every person who has supported the project through financial or volunteer means.

Major financial donors are listed on the Atlas web site at https://wsobirds.org/donate-to-the-atlas

Nocturnal Surveys in Early May

Block completion guidelines require blocks to have two visits with nocturnal effort before they can be closed, and several blocks still need this effort. April and early May are great times for a first visit. For a refresher on how to conduct night surveys, check out our four-part series on nocturnal atlasing at https://ebird.org/atlaswi/news/guide-to-nocturnal-atlasing-part-i-an-overview/

If you're able to help out by atlasing at night but don't have your own block, talk to a County Coordinator about how you can help.

This is the time of year when you may need to frequently switch between eBird portals when entering observations. If you submit lists through the eBird app via phone or tablet, you can set the WBBA II portal as your default. Hit the "gear" icon in the bottom corner on the app homepage, and then choose Wisconsin Breeding Bird Atlas under "portal." Remember to change this again if you need to submit a checklist without a breeding code.

Atlas County Coordinators were well represented at the Kickoff. During a breakout session, atlasers met with coordinators to target blocks that need help. 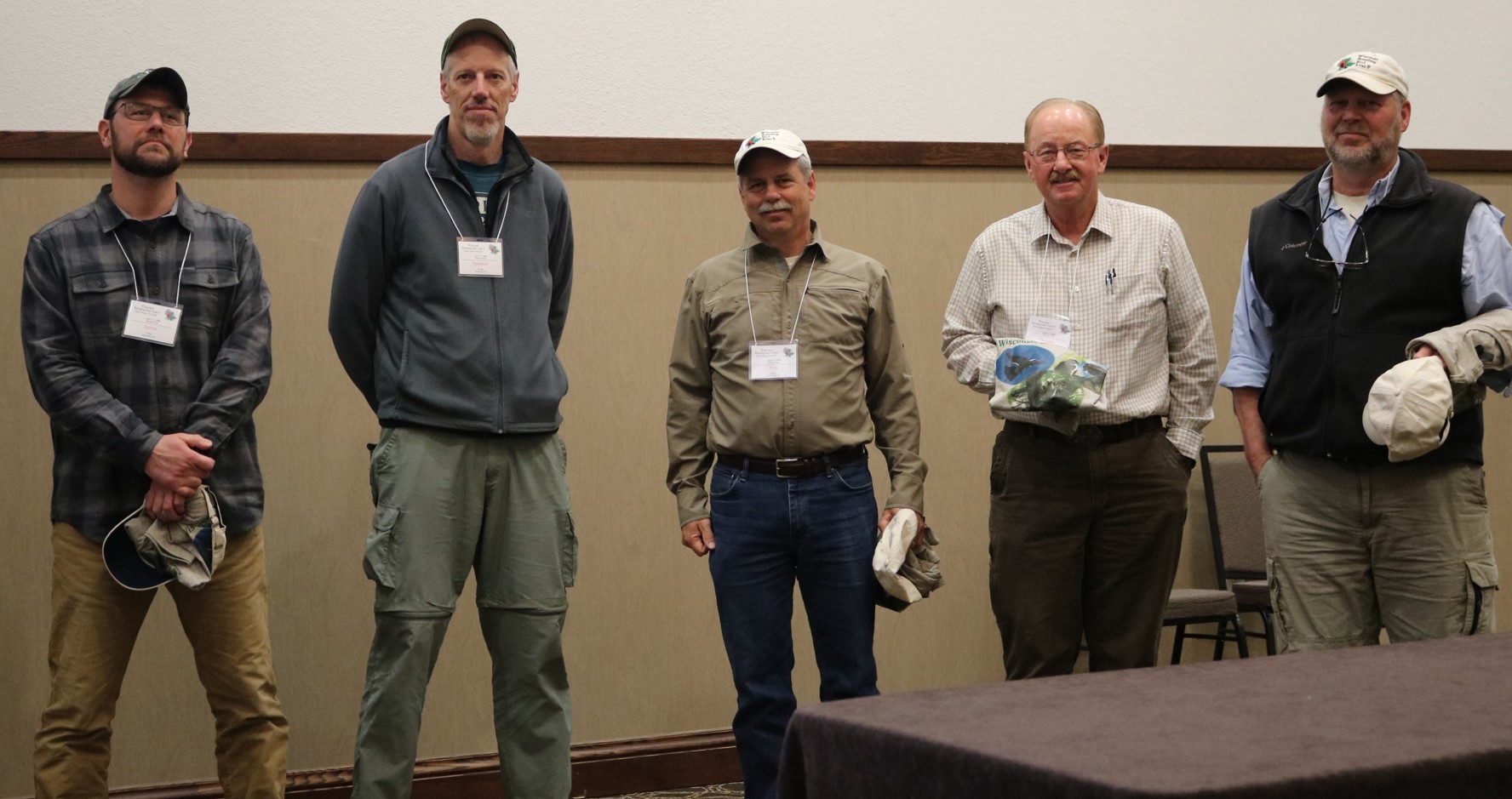