In an Oct. 17th report to the WSO Board of Directors, the Society’s Conservation Committee, chaired by Carl Schroeder, reported that is acting on or monitoring these issues:

Knowles-Nelson Stewardship Fund: The KN Stewardship Fund was reauthorized for four years by the State Legislature and signed by the governor on July 8 at an annual funding level of $33.25 million. While this is less than the governor had requested, it provides funding at a slightly higher level than in recent years.

Recovering America’s Wildlife Act:  The federal Recovering America’s Wildlife Act now has 125 sponsors in the House of Representatives (including Wisconsin Reps. Moore, Pocan and Kind) and 28 sponsors in the U.S. Senate with significant support from both Republicans and Democrats. RAWA would provide approximately $1.39 billion nationally and $18 million each year for Wisconsin in funding dedicated to non-game wildlife habitat management, research and conservation. This is the most significant wildlife legislation in a half-century. A key provision in the Senate version would fund the act through environmental fines and forfeitures rather than by new taxes. The House version does not yet have this funding mechanism. WSO is a member of the Wisconsin coalition actively supporting this bill. 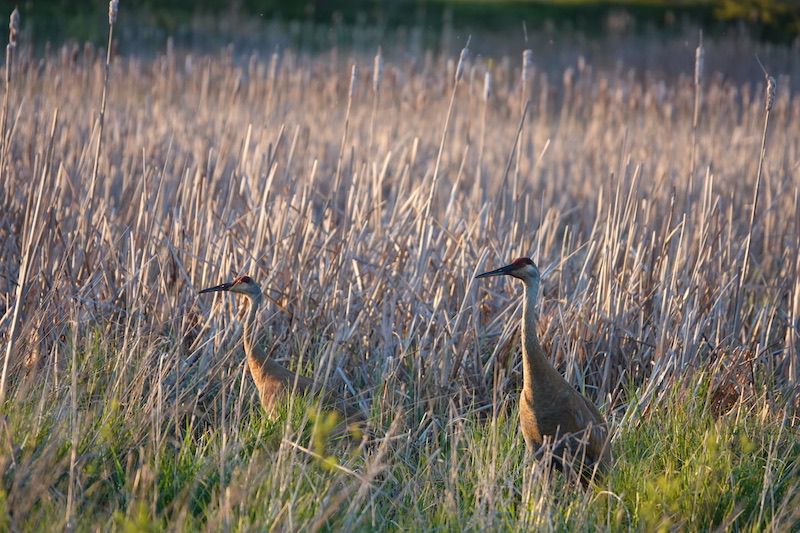 Sandhill Crane Hunt: A bill to authorize a Sandhill Crane hunt has been introduced in the State Legislature. WSO is opposed to this bill and is working with other conservation organizations to rally public opposition.

Wetland Restoration Act: This bill, which improves coordination of watershed management, with benefits for flood control and wildlife, was signed by Gov. Evers on Aug. 9.

Kohler Golf Course: There are five lawsuits, all being pursued by the Friends of Black River, currently blocking this development. In one of those cases, a Circuit Court decision in favor of the Friends, has overturned the DNR’s approval of a wetland fill permit. Kohler Co. is appealing that decision. In another case, oral arguments were heard Oct. 1 by the Wisconsin Supreme Court on the issue of whether Wisconsin citizens who use state parks have a right to challenge DNR decisions that affect them. This involves a suit against the DNR for its transfer of Kohler Andrae State Park property to the Kohler Co. for its proposed golf course, which has been opposed by WSO.

Columbia Power Plant Shutdown: Alliant Energy and two partners in the Columbia County Power Plant announced that the plant will close in 2025. This property has 3,000 acres of forest and wetlands that are within the Leopold Reserve-Pine Island IBA. The Conservation Committee is working to form a coalition to convince Alliant and its partners to conserve this property.

Bird-safe Glass: A City of Madison ordinance mandating bird safe glass on many buildings is being challenged in court. WSO has expressed support for the city’s position.