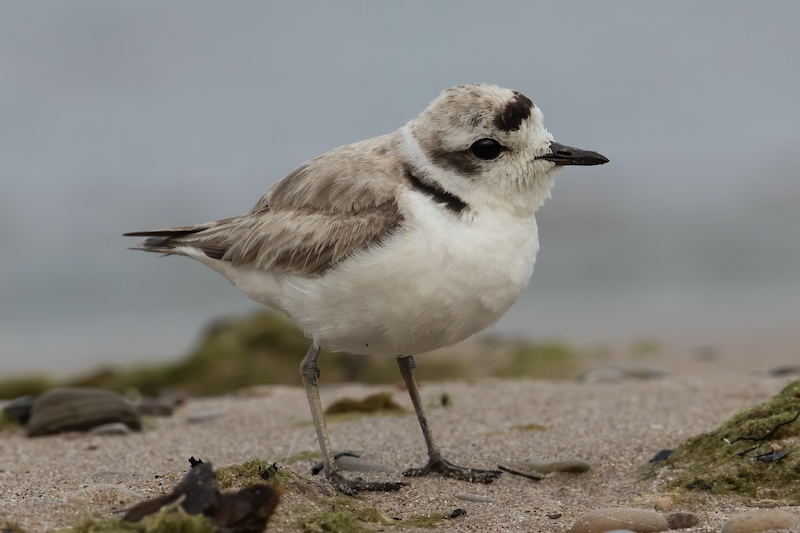 The dog days of summer produced a number of exciting bird sightings. 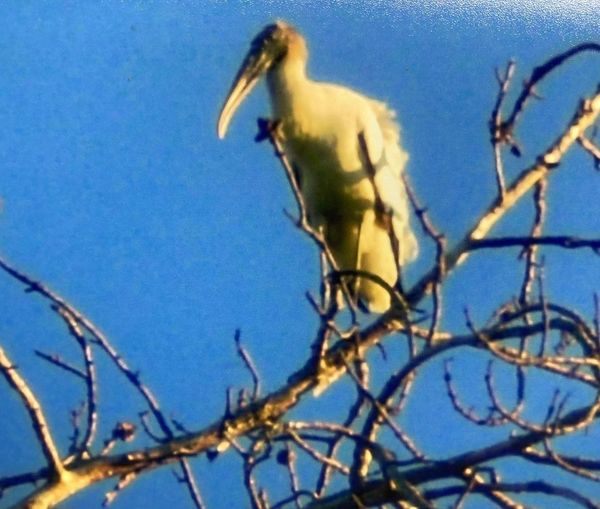 DNR biologist Ryan Brady shared this image of a Wood Stork photographed in Rusk County on July 7.  The bird was present at a private residence for about 30 minutes near dusk, flew off, and was not seen again.

A Wood Stork was photographed in Rusk County.  Surprisingly there are five previous records for Wisconsin, but this is the first since 1981 and the first I could find that was documented by a photo.  It was a good year for extralimital reports of this southern species across much of the country.

Continuing the theme of coastal rarities, a Snowy Plover was discovered on a beach in Milwaukee County.  It was enjoyed by many excited birders but departed less than 24 hours after its initial discovery.  This is the seventh record for the state.

Photographer Jeremy Meyer photographed this Piping Plover at South Metro Pier Beach on July 22. To see more of his photography, go to http://www.jmeyerphotography.net/

Rufous Hummingbirds were reported from feeders in Buffalo and La Crosse Counties.  This is a good time of year to check closely for vagrant hummingbirds.

An adult Long-tailed Jaeger was photographed in Douglas County.  This sighting was a bit early and was unusual in that it occurred away from Lake Superior on an inland lake.

Dane County produced a pair of nesting White-eyed Vireos.  A pair of Blue Grosbeaks was also seen in Dane and their behavior suggested that they were feeding young.

A White-winged Dove was seen at a feeder in Manitowoc, and another was frequenting a yard in Sheboygan.

Good numbers of migrant shorebirds were seen, including Red Knots in Manitowoc and Brown Counties.  A few Buff-breasted Sandpipers are being seen at sod farms around the state. 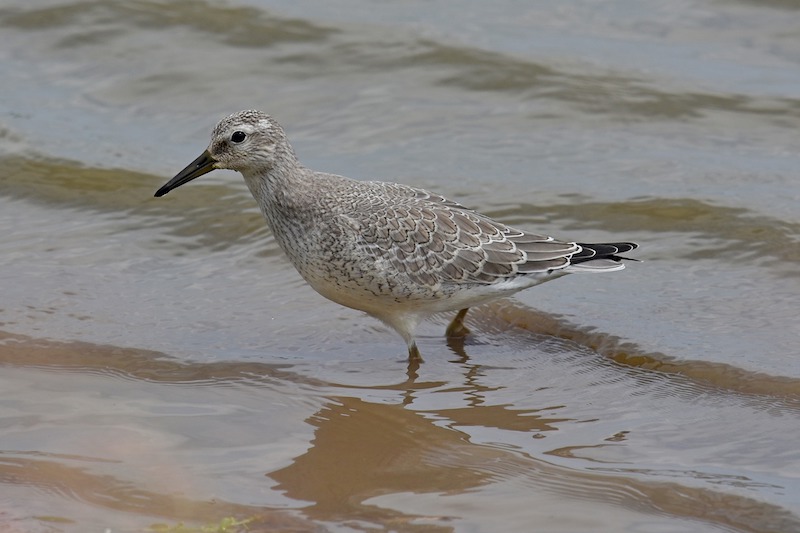 The sighting of a handsome Common Shelduck in Fond du Lac generated a lot of buzz and speculation about its origin.  The general consensus among many veteran birders is that it is most likely a non-countable exotic.  Shelducks are commonly kept in captivity.  The only known accepted record in the ABA area was that of a Common Shelduck that showed up in Newfoundland during spring migration.

The Fond du Lac bird showed up in the middle of summer, initially on a backyard pond.  It later moved onto Lake Winnebago where it spent most of its time with the local Mallard flock. Many observers reported it to be fairly tame as it loafed on a pier or in a front yard.  The fact that this bird showed up so far away from the coast in the middle of summer rather than with migrating waterfowl does not support its wild origin.  Records away from the tidal areas of the northeast are highly suspect, especially at a time when no waterfowl migration is occurring.

Fall migration is well underway now and is a great time to check for vagrants.  Good birding to everyone.  Cooler weather is on the way soon.