Early summer is a great time to find vagrants in Bayfield County at the tail end of spring migration.   In the recent past, birders have found some amazing birds including Sage Thrasher and Tropical Kingbird.  On Memorial Day, a group of birders discovered a loon out on Lake Superior.  After careful study they photographed what will likely be accepted as the first state record of Arctic Loon.  This loon was in breeding plumage.  Rare anywhere in the US outside of Alaska, this is only the second record for the Midwest.  There is a previous record of a bird seen on Lake Erie in Ohio.  This mega-rarity was seen by a handful of fortunate birders over the next several days.  It fed over a fairly large area and distance along with heat distortion or fog made it quite difficult to find on most of the days.  This was an amazing find and even attracted a few birders from out of state who flew in to try and observe it. 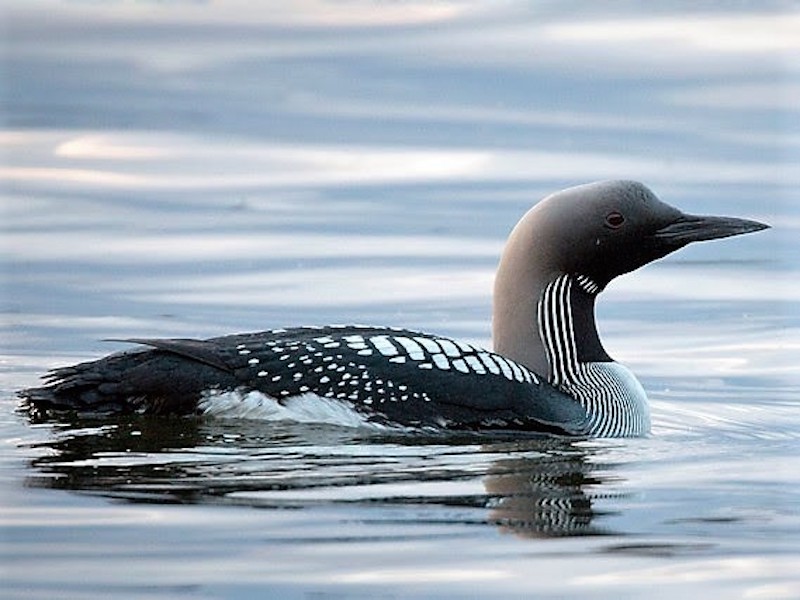 Photo by Ian Davies
An Arctic Loon was spotted for the first time ever in Wisconsin when DNR Conservation Biologist Ryan Brady and friends sighted this bird along Lake Superior in Bayfield County on May 31.

Crex Meadows in Burnett County is another great place to observe rare birds in spring and early summer.  A fairly cooperative White-tailed Kite was seen here and spent at least 2 weeks in the refuge.  Earlier in the month there were 2 young Swainson's Hawks that were enjoyed by several birders.  It was a good month for Swainson's Hawks as other individuals of this species were photographed in Portage and Sauk Counties. 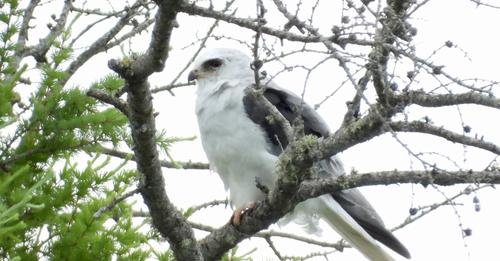 Photo by Linda Schwegman
This White-tailed Kite was seen at Crex Meadows.

A singing male Townsend's Warbler was a great find in Madison.  This bird was initially photographed at a birder's water feature.  Word got out and several local birders relocated it singing at a nearby park.  Unfortunately, this bird was not observed the following day.  A Prairie Warbler singing on territory in Door County was much more cooperative and was seen for at least 10 days.

A Scissor-tailed Flycatcher was seen in Ozaukee County but was only a one-day wonder as is typical for this species.

Up to three White-faced Ibis were found in Dodge County in the Horicon Marsh.  Less expected for summer in Horicon Marsh was a drake Cinnamon Teal.  A group of 3 Black-bellied Whistling Ducks was reported in Trempealeau.

Two Eared Grebes were seen in Kewaunee.  Another individual was seen in Dunn.  Kewaunee also hosted a Little Gull, and a handsome adult Little Gull was photographed in Marinette.  A Laughing Gull was found in Manitowoc.  Snowy Egrets were reported in Manitowoc and Brown.

Fall shorebird migration is underway and mid to late summer is always a good time to check for vagrant hummingbirds.  The early part of summer certainly produced some great rarities!