Meet the Northern Goshawk in "Eyes on the Hawk"

In Wisconsin, the Northern Goshawk is a secretive raptor, rarely-encountered. Yet it nests throughout our northern counties, its meager population waxing and then waning during its regular prey cycles.  Learn more about this fascinating bird from Ornithologist Thomas Erdman, who leads us deep into the woods for a closer look at this powerful accipiter in our newest WSO Bird TV video, “Eyes on the Hawk.” 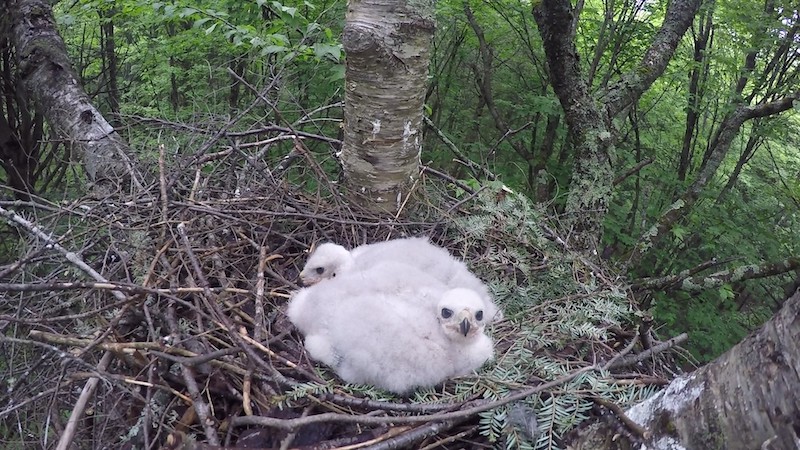 Written and produced by author, environmentalist, and Emmy and Murrow Award-winning journalist, Steve Betchkal, “Eyes on the Hawk” takes viewers deep into the Chequamegon-Nicolet National Forest to learn more about Erdman’s decades-long study of nesting Northern Goshawks.  Viewers are treated to amazing views of this magnificent bird as Erdman describes the mounting threats to their breeding success, as well his inspiring efforts to protect them. 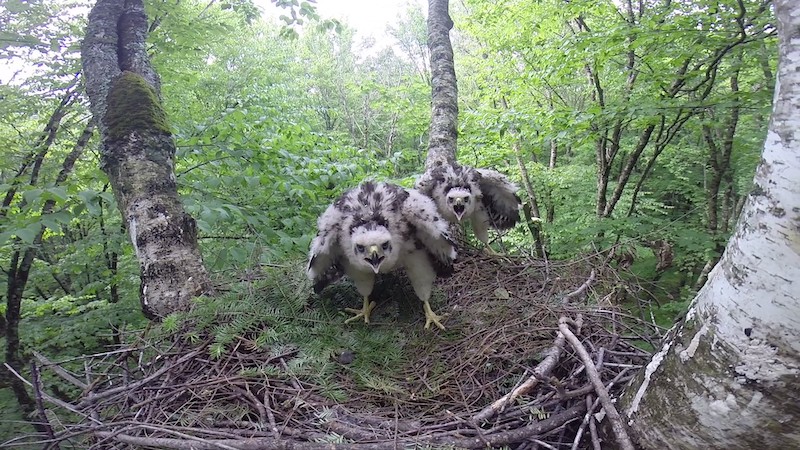 Thomas Erdman is the Curator Emeritus, of the Richter Museum of Natural History, at Cofrin Center for Biodiversity at UW-Green Bay (www.uwgb.edu/biodiversity) has spent over five decades doing research on mammals, herps, and birds in northeast Wisconsin. Birds have been his main focus and as founder, director, of the Little Suamico Ornithological Station has banded over 45,000 individuals representing close to 180 of Wisconsin’s bird species.  In cooperation with U.S. Fish & Wildlife Service, Canadian Wildlife Service, U.S Army Corps of Engineers and Wisconsin DNR, he has been heavily involved in research on toxics and colonial nesting birds on Green Bay and Lake Michigan which has eventually led to the billion-dollar, PCB cleanup of the Fox River. He has authored and coauthored many publications on Northern Goshawk population biology, Toxics, Raptor Migration, Development of an audiolure for Saw-whet Owls, Saw-whet Owl Migration, and numerous surveys.  He continues long term Goshawk research in northern WI. He is a past president and vice-president of WSO. 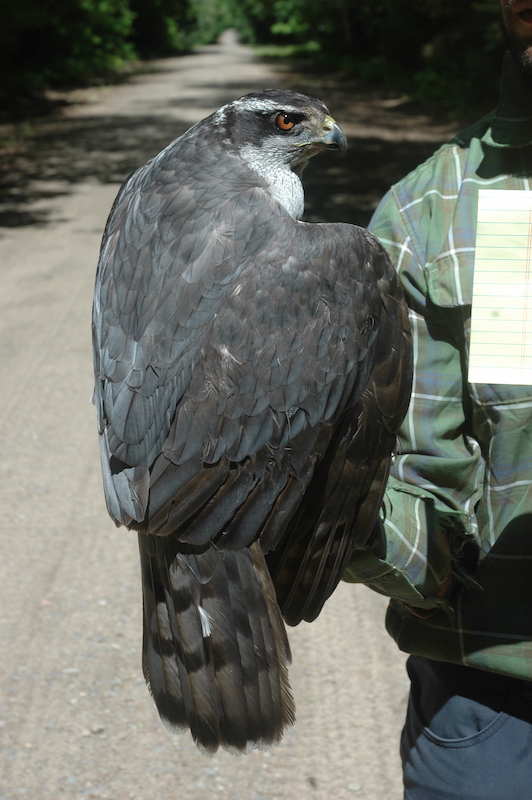 You can learn more about Thomas Erdman and his research on Wisconsin’s rarest owl – the Great Gray Owl – in Part Nine of our Bird TV series, “Great Big Owls.”  (Can you spot the Brown Creeper nest in this one?)

For the full text of “Productivity, population trend, and status of Northern Goshawks, Accipitergentilis atricapillus, in Northern Wisconsin,” co-authored by Erdman, click here.