Atlas update: a peek at the cover, major data work 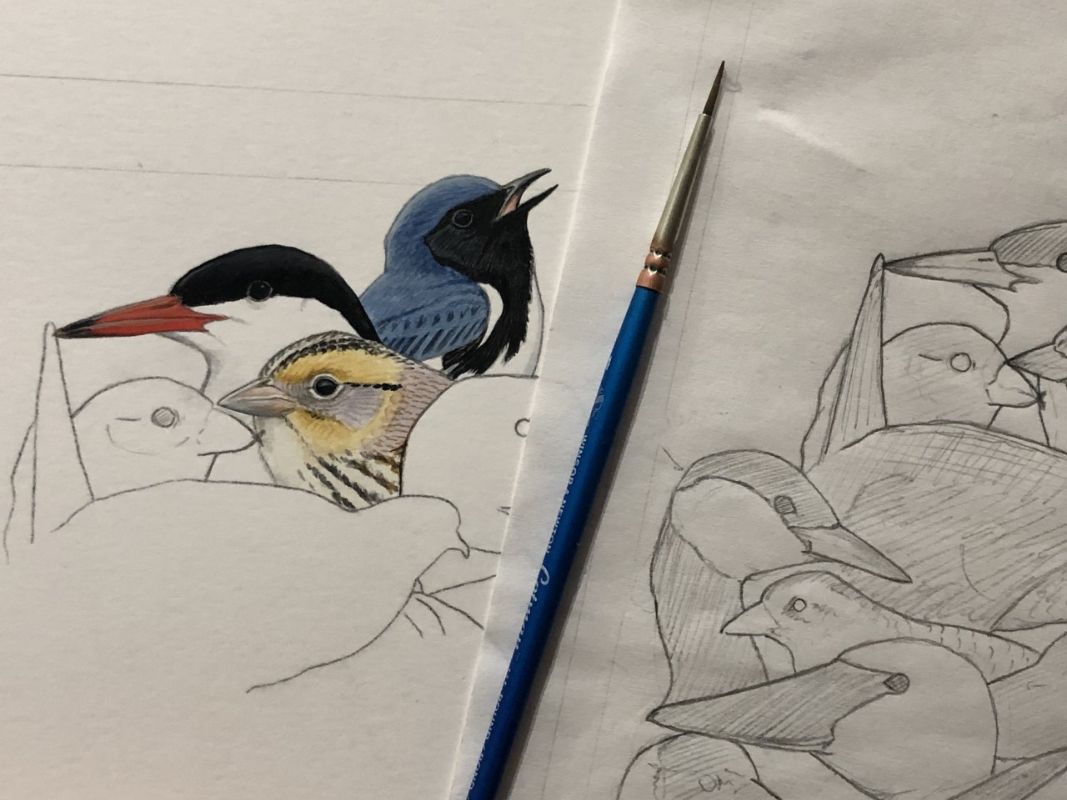 The Steering Committee for the second Wisconsin Breeding Bird Atlas commissioned illustrator Luke Seitz to paint the cover for our upcoming Atlas book. Luke is known for his works arranging species to form a state outline — which recalled for us the process of atlasing, where all of your disparate observations combine to form a coherent product.

Here you can see the northwest corner beginning to be painted, where the Black-throated Blue Warbler forms the Bayfield Peninsula, and the tip of the Common Tern’s bill meets the tail of the Sharp-tailed Grouse in the city of Superior.

We hope to send you a few more previews of the work in progress!

Meanwhile, major quality improvements are underway on the data gathered over five field seasons from 2015 to 2019. We're deep into data review. It’s not the most glamorous part of this process, but with the help of many volunteers we're making steady progress:

Our remaining to-do list includes the main review for 2019, and screening for a few straggling protocol errors. After that, we can proceed towards the finer end-stages of error screening: examining temporal outliers, range maps and priority blocks. In those final stages, there will be an opportunity for principal atlassers, county coordinators and local experts to review the maps (we're not quite there yet!).

Hundreds of thousands of new atlas records will be added to eBird next week! With the work listed above completed, we've sent eBird a large batch of records to edit and add to the Atlas database. They are nearly done with the technical developments needed, so we are anticipating that by the time you read this the following changes should be live on Atlas eBird: