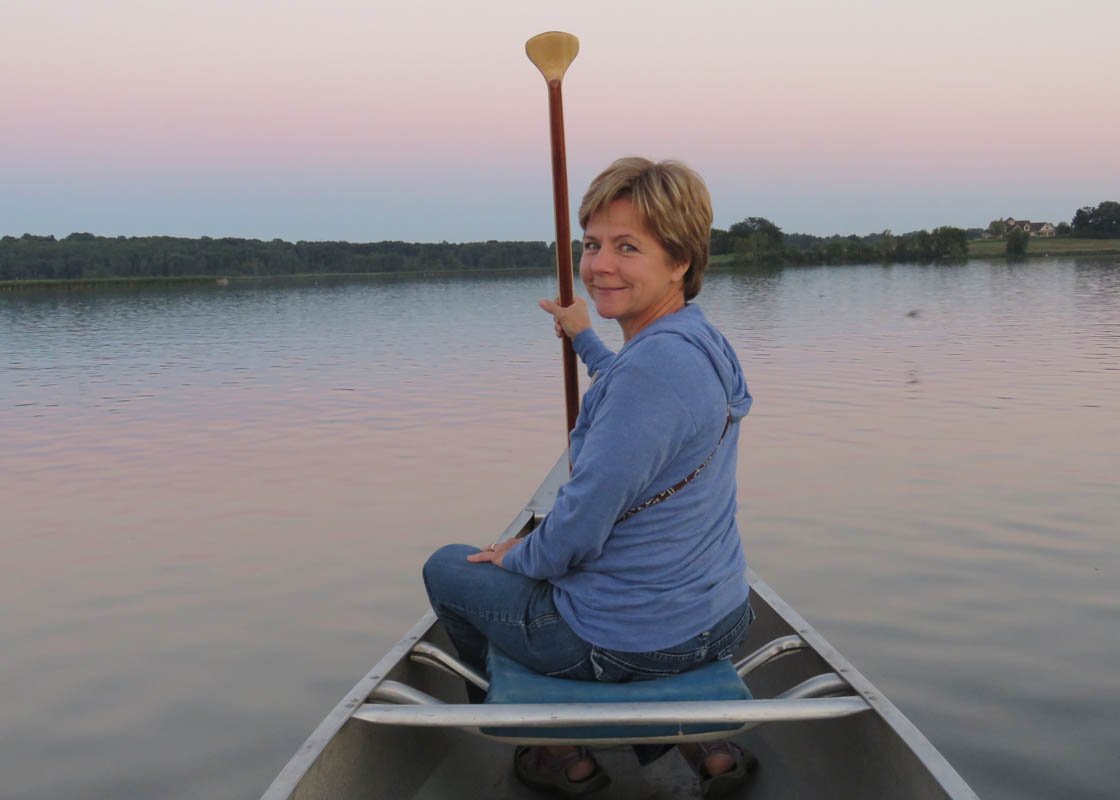 During this time of many challenges, if there is a good news story to be shared, it is the annual recognition WSO gives to those individuals and organizations that have made outstanding achievements in advancing bird conservation, promoting the field of ornithology and contributing to the Society.

Ordinarily, these people would be recognized at the Society’s annual spring convention, but for a second year the convention has been postponed due to COVID-19. The board hopes that if pandemic conditions continue to improve, by the end of summer we can come up with a proper plan to honor the 2021 Passenger Pigeon awardees selected by the Board of Directors at its quarterly meeting, conducted via Zoom in January:

The SAMUEL D. ROBBINS LIFETIME ACHIEVEMENT AWARD honors those who actively contribute to WSO above and beyond having previously received the Silver Passenger Pigeon and the WSO Certificate of Appreciation. This year the award goes to Thomas Schultz and Jeff Baughman, who served 34 years as WSO field trip co-chairs. 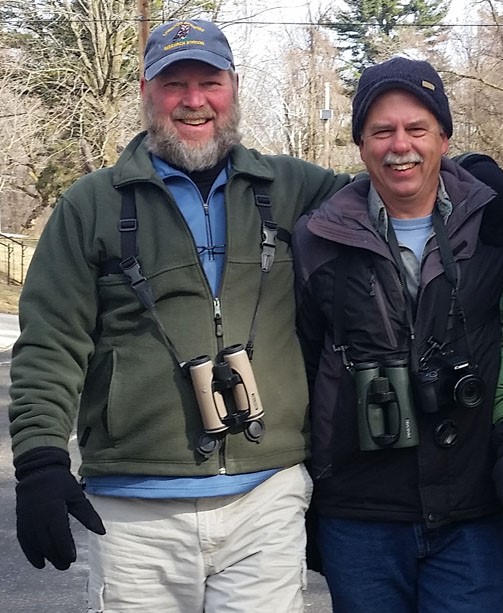 
Jeff and Tom met as members of Fond du Lac’s Owen J. Gromme Bird Club and agreed to share the job of handling field trips for WSO after the retirement of Ed Peartree in October of 1987. They took the job seriously, developing a following—you might even say a fan club—and forging many friendships. They pointed out so many birds, tuned into so many sounds, noticed so many movements in trees, dots in the sky, and shapes in the distant waves that turned out to be something somebody needed on their list for that year.

They saw WSO grow in depth and breadth through the digital age, connecting birders so much easier than ever before. They have been the “Welcome Wagon” of WSO, making every outing a good time whether the birds showed up or not. As much alike as they are different, together they have been the perfect pair not only serve as field trip co-chairs for 34 years but to serve as board members all that time (positions they retain) and to each serve a two-year term as president.

The BRONZE PASSENGER PIGEON AWARD, presented to individuals who have made outstanding contributions in their local communities or in the state to promote field of ornithology through conservation work or organizational efforts, will go to Aaron Stutz.

Aaron teaches high school math in Middleton and lives in Lake Mills (Jefferson County) with his wife Nancy, their son Jonas, and their dogs. Many know him as the sharp-eyed birder who regularly finds rare birds and has led numerous field trips for Madison Audubon, but behind the scenes is where he really pours his heart and soul into Wisconsin bird conservation.

Serving on the WSO Records Committee (RC), Aaron manages the flow of rare sightings from eBird to the RC.  He plays a critical role in mining eBird for records that merit RC examination and processes the results of committee voting. He co-leads the team of Wisconsin eBird reviewers and volunteers his time to train new reviewers. Aaron also writes the popular end-of-year recap for Wisconsin eBird.

Over the last decade, he has probably spent more time than anyone else editing checklist filters and processing records. His skills in math and technology and his knowledge of bird identification and distribution help make Wisconsin one of the top states in eBird prominence and data quality. If you use eBird across the state and the checklist that pops up looks reasonable for your location and date, it is in large part due to long hours he has contributed.

Just as important was his involvement in the Wisconsin Breeding Bird Atlas II.  He was county coordinator for Jefferson and Rusk counties and a prolific surveyor with over 1,600 complete atlas checklists and 140 species confirmed! He is a critical contributor to atlas data review, devoting his time and bird-distributional expertise weekly to reviewing atlas records.

The NOEL J. CUTRIGHT CONSERVATION AWARD, originally called the Green Passenger Pigeon Award, is presented to individuals/groups/organizations that work on behalf of endangered, threatened or common species, promote the establishment, management and protection of bird habitat and educate the public on bird conservation issues. This year separate awards go to two individuals:

After a career spanning 43 years and working almost entirely for non-profit conservation organizations, Luthin retired in 2020. He is a man of many firsts. In 1995, he became the first executive director of the Aldo Leopold Foundation.  In 1998, he moved on to become the first executive director of the Wisconsin Wetlands Association. He built that organization from one part-time staffer to four staff over five years. Duties included fundraising, program development and wetland protection and education. Successes included new isolated wetlands law (2001), stopping Ashley Furniture from filling a wetland through a lawsuit and publication of the Wetland Restoration Handbook. 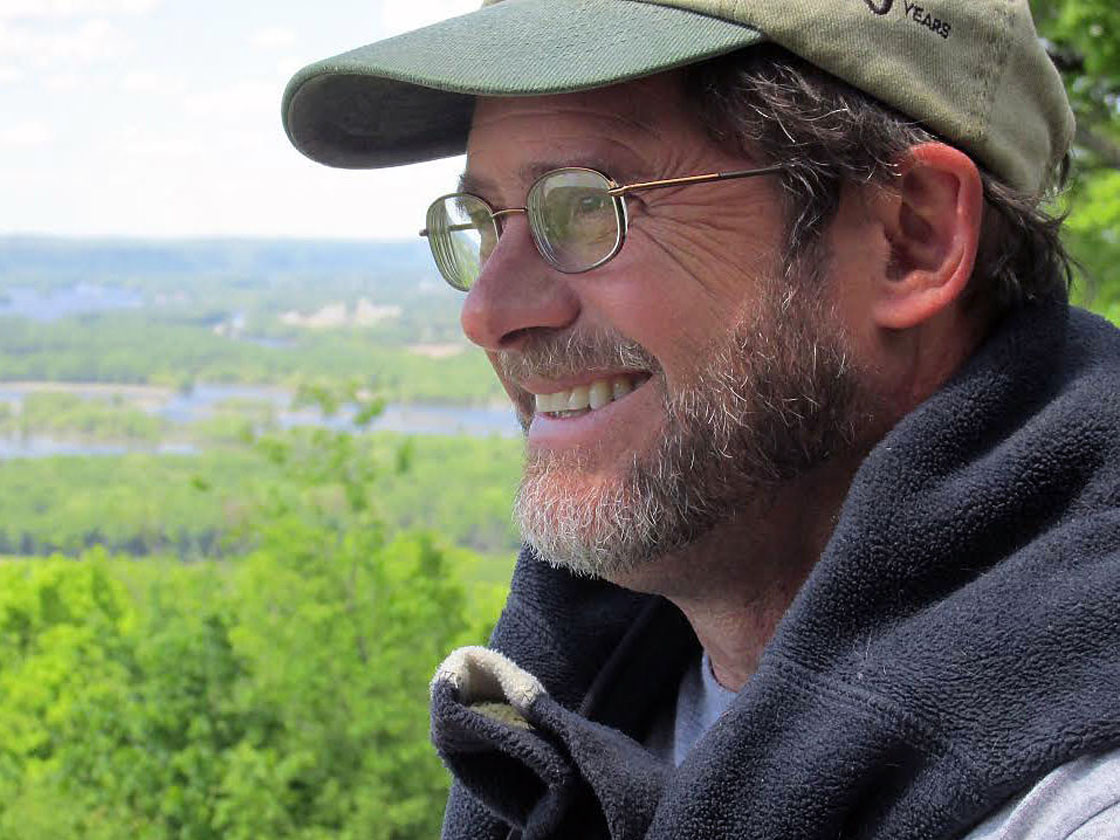 In 2003, he was named executive director of the Natural Resources Foundation (NRF) of Wisconsin, a post he held for nine years. During that time he raised and oversaw a $1.3 million annual budget, a staff of eight and a diverse set of conservation programs throughout Wisconsin, including successful public lands initiatives with a focus on state natural areas and endangered species. He founded and built the Wisconsin Conservation Endowment to serve as a "community foundation" for conservation throughout Wisconsin. The endowment is currently comprised of 100 separate funds with combined assets totaling $7 million.

Under Luthin’ s leadership, the NRF, through its Bird Protection Fund, awarded crucial funding to Bird City Wisconsin in 2012 and made it one of its priority projects through 2019, helping it to recognize 100+ communities in Wisconsin and launch companion programs in several nearby states.

The NRF also provided the bulk of project funding to support the Wisconsin DNR’s involvement in the Kirtland Warbler Recovery Project, with Luthin giving the project his personal attention. In his final year leading the NRF, Luthin championed the creation of an endowment fund that provides permanent funding for habitat management projects on land owned or managed by the DNR. The Cherish Wisconsin Outdoors Fund, which reached the $1 million milestone last year, was created in 2012 through unanimous bipartisan legislation to "protect, restore and improve habitat for Wisconsin's plants and animals" on state-owned lands.

In 2016, he was invited to serve as Sauk Prairie Conservation Alliance’s first director, considering it a great end-of-career position having been one of the Alliance’s founders in 1997 after the decommissioning of the Badger Army Ammunition Plant.

Since 2012, Charlie has operated a conservation consulting firm and was hired by WSO in 2015 to serve as a grant writer and fund-raiser for the second Wisconsin Breeding Bird Atlas. He joined the Atlas Steering Committee and as the project’s development director, formulated the project’s annual budgets and been principally responsible for raising more than $770,000 to fund the project’s field work and pre-publication costs.

Bird enthusiasts of Wisconsin have a long history with the Purple Martin, a species reliant on humans for nesting and for hundreds of years have constructed elaborate nest boxes to attract and house these charming birds. Retired DNR wildlife biologist Dick Nikolai, who now spends much of his time traveling the state banding martins on behalf of the Wisconsin Purple Martin Association, began connecting with martins as a youngster at his grandfather’s home. He received his banding permit in college and started banding waterfowl. After graduation he began banding Purple Martins. In 1988, he attained his Master Permittee designation (specific to the study of Purple Martins) and has since become the state expert and go-to person for this species. 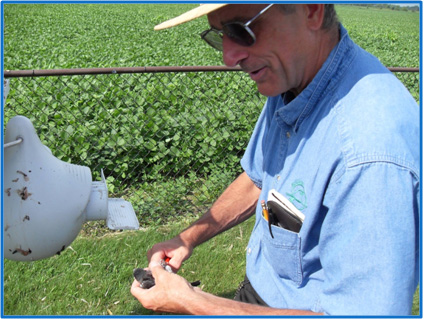 
In the 1990s, Dick began to give talks statewide. When the first Breeding Bird Atlas project came about, he provided important information on martins for the book. He has banded over 20,000 martins and has recaptured more than 2,000 that he or others had banded. In all, he has banded more than 25,000 birds under two separate permits, one being the WDNR.

Part of his years of banding study involved comparing urban versus rural martin colonies, from eggs laid to fledging young, to compartment sizes, types of housing, longevity, site fidelity, pair fidelity and age of pairs. From there it has expanded to looking at weights, size of birds, interchange of housing, and other aspects. His data has been placed onto spreadsheets and is being analyzed.

In retirement he is still banding martins at various colonies throughout the state, and other birds when there is opportunity. Recently he has installed geolocators on select adults at the High Cliff State Park colony. Upon learning that he was receiving the Cutright Award for his years of devotion to this species, Dick replied:

“Noel Cutright and I had many conversations about Purple Martins, especially along the shores of Lake Winnebago.  Noel brought the fight forward for this important species to be listed as a "Watch" species in Wisconsin.  Purple Martins seem to bring out the best in all people, including children, as they are humbled by chortling voices singing when they come nearby to greet them.  Over my lifetime from abundance of this species being everywhere to its retreat mostly in East Central Wisconsin, Purple Martins have a true connection with humans.  They truly know who we are.  That is what makes it so inviting — the connection of handling, caretaking, banding, monitoring, greeting and sending them off each year.  Silence of this partner would be a great disaster.  That is why the passion to pass on what we know to keep this species coming back.  Nothing is ever a guarantee unless we all work forward with our passion to create habitat and use our expertise for the generations to come.”