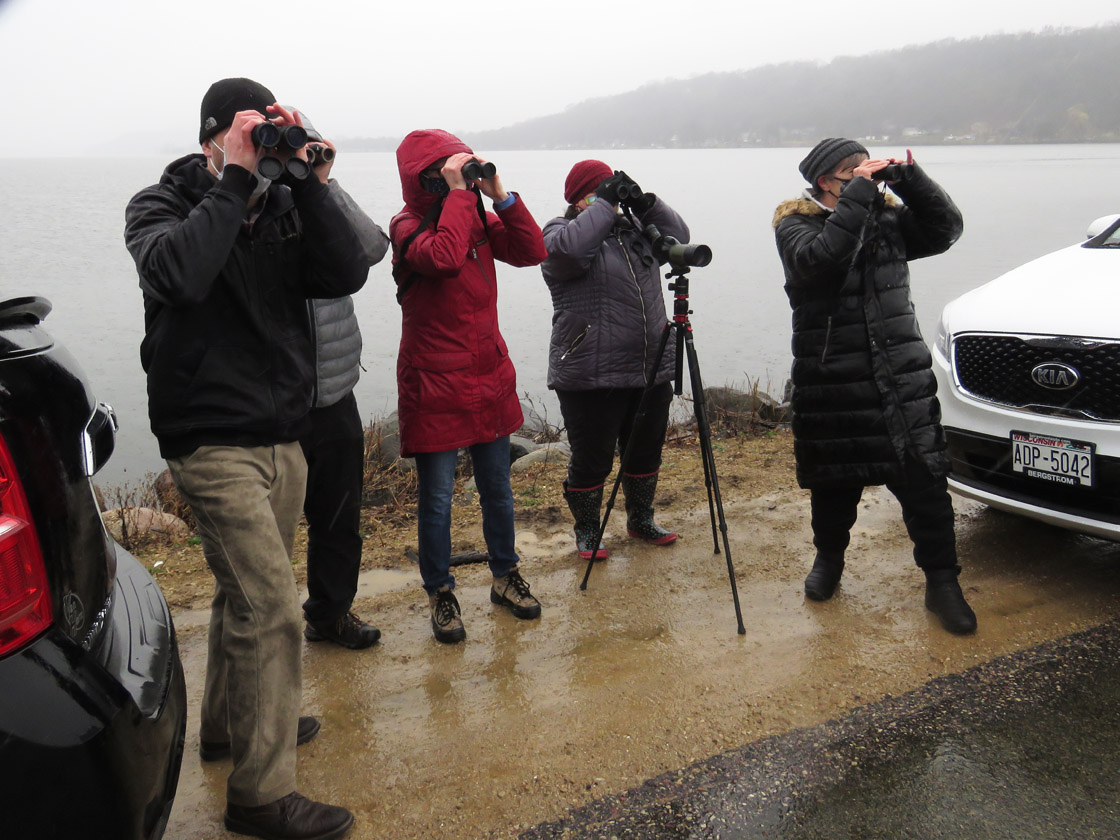 A forecast calling for steady rain on Saturday, March 27 might have deterred some, but not all, for our annual trip exploring some of Dane and Columbia County’s most productive wetland areas. The predicted forecast was accurate, and despite the weather (I know the ducks didn’t mind) we had a fairly productive outing, yielding a handful of first of year species for me, as well as others in attendance.

Our group met at Madison Audubon’s Goose Pond Sanctuary at 7 a.m. – including the rain, which started just as we were gathering. The temperature was in the upper 30’s with a 5-10 mph southeastern wind.

Mark Martin, Resident Manager at Goose Pond, welcomed our group and brought us up to speed on some of the recent happenings at the Sanctuary. Most notably the live stream webcam they have installed, overseeing and documenting the area in real time. This is just their latest endeavor, as he and his wife Sue, have helped lead over 40 years of conservation efforts- earning them WSO’s Noel J. Cutright Conservation Award in 2019. Thank you, Mark (and Sue), for welcoming our group and your continued efforts in conservation.

Four species of geese were found at the Pond, including Canada, Snow, Greater White-fronted, and Cackling. A nice variety of ducks were present, including a lone Ruddy Duck. Tundra Swan, Ring-billed Gull, and a few passerines were also found. 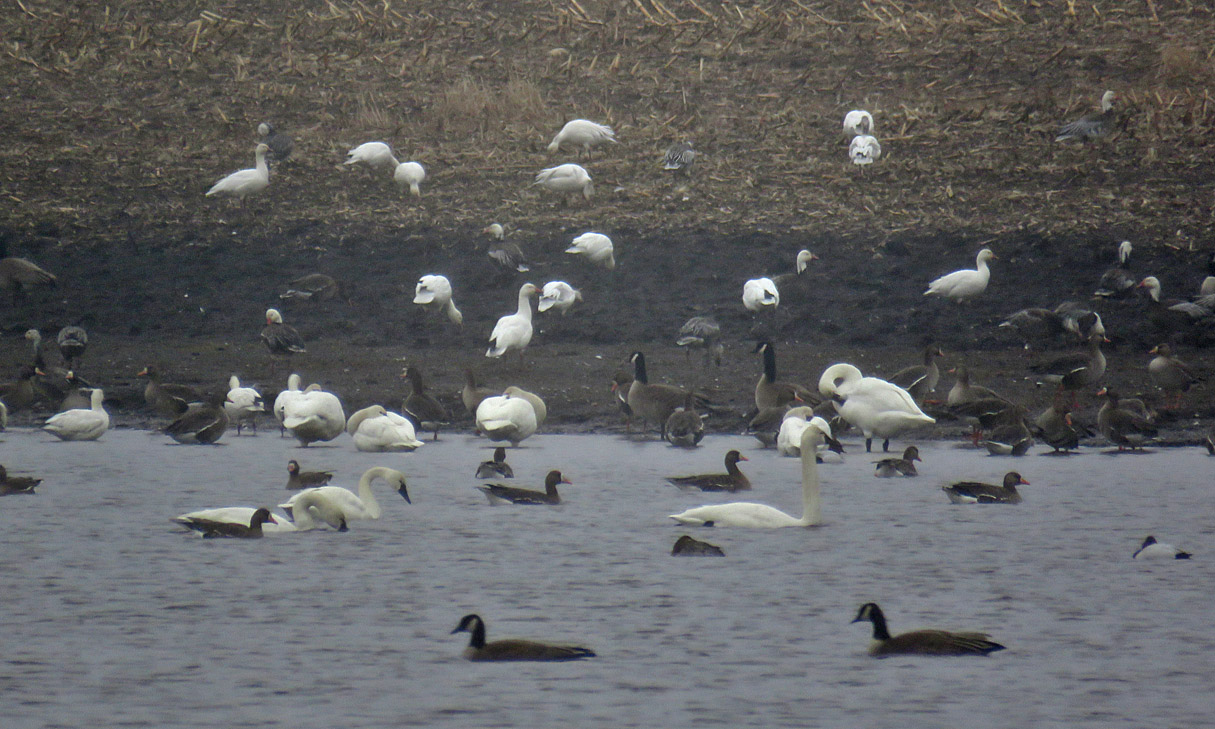 With a steady rain falling and having surveyed the site, we retreated to our vehicles en route to Harvey-Wangsness wetland. Numerous species of waterfowl were present. Blue and Green-winged Teal, Hooded Merganser, Canvasbacks, Redheads, and Bufflehead among others. Three Greater Yellowlegs were wading just off the road, and twenty-two Wilson’s Snipe were found despite their best efforts in camouflage. Other highlights included a Belted Kingfisher and a single Tree Swallow. 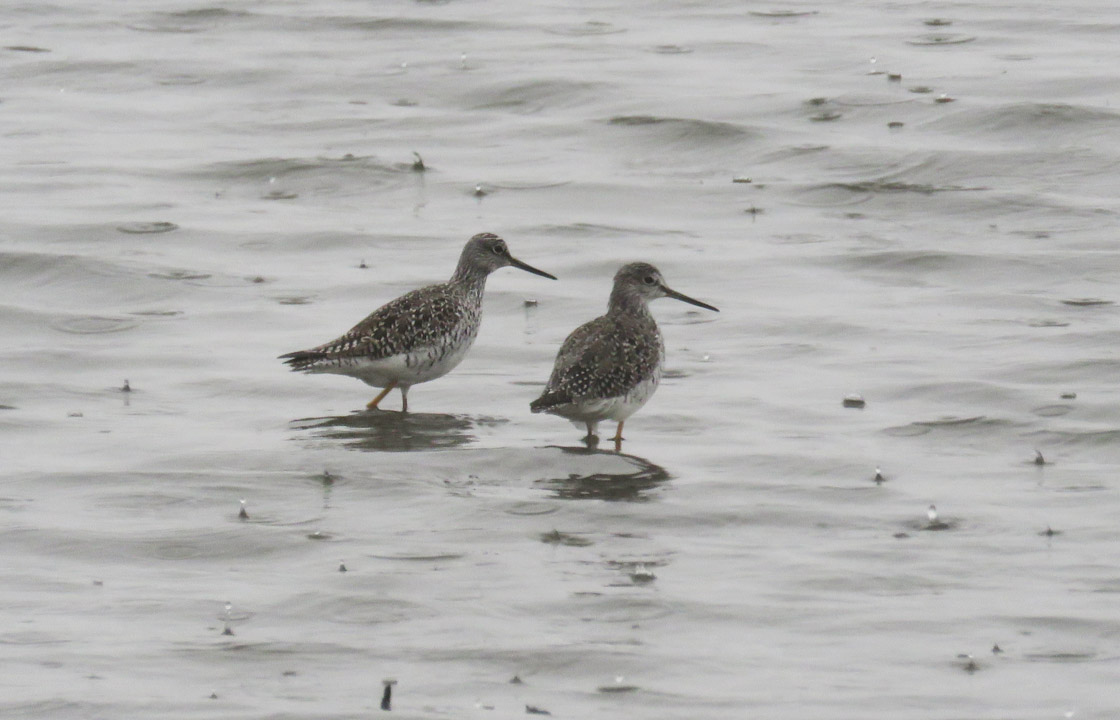 Moving into Dane County, we checked a couple ponds along Highway DM, between I and Wibu Road, as well as County V and Schumacher Road Ponds. We found some Ring-necked Duck, Lesser Scaup, Common Goldeneye, and American Coot, while adding Pied-billed Grebe to our list.

We headed back north a bit to Lake Wisconsin to end off the trip. In a final hurrah, we exited our vehicles, broke out our spotting scopes, and moved around a bit. This was a nice closing to the morning and afforded some new birds.  Common and Red-breasted Mergansers, American Wigeon, Northern Shoveler, and Gadwall were some of the waterfowl we found. A couple of Horned Grebe, Great Blue Heron, American White Pelican, and Bonaparte’s Gull rounded out the trip. 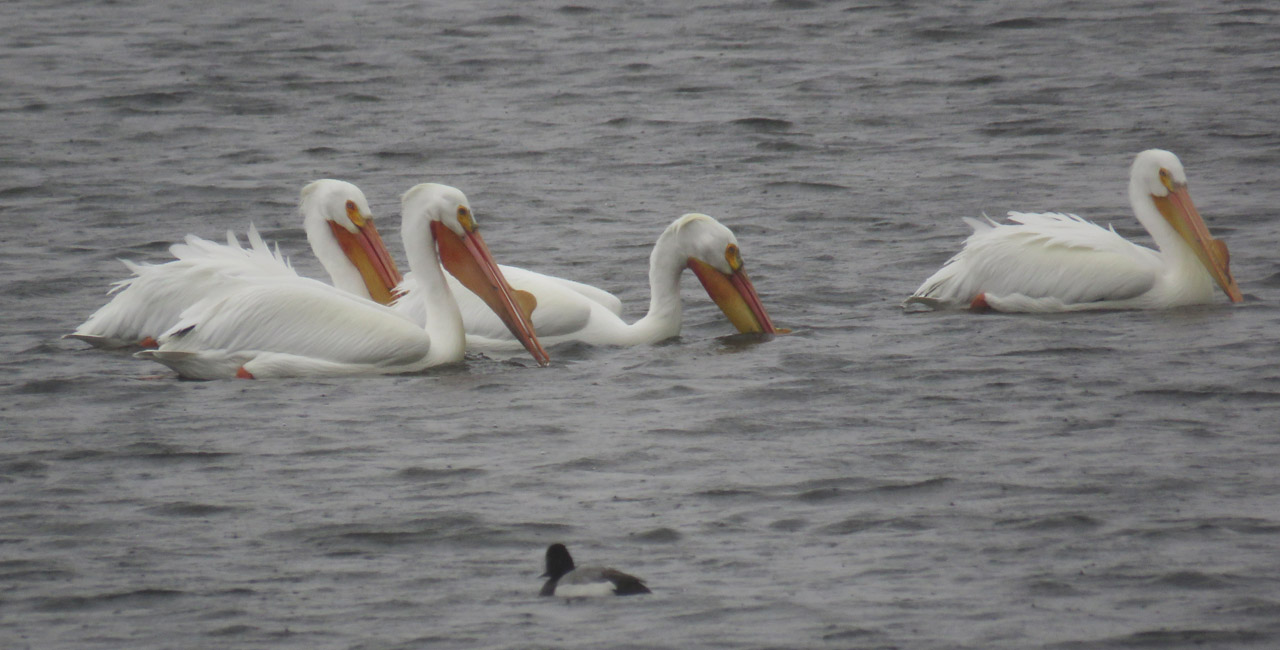 Thanks to all who came out and braved the rain, as well as Tom Schultz and Jeff Baughman for helping lead the trip. Keep an eye out for a Honey Creek Birdathon announcement coming up. This will be a nice time to chat with folks more and not have the demanding caravan schedule of trips thus far. See you soon. Good Birding!