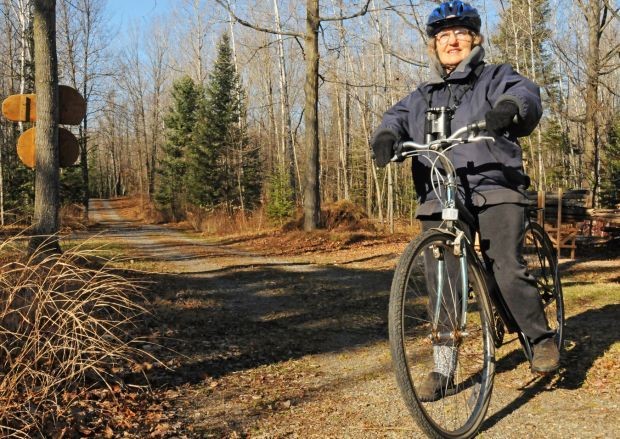 Wisconsin has a strong tradition of bird monitoring, conservation, and citizen science. We can now add another feather to our cap — more than one million checklists submitted to eBird, the popular online platform for reporting bird observations. Only one state with a smaller population (Oregon) has reached the feat.

“This milestone is a testament to the incredible contributions of the Wisconsin birding community,” said eBird project coordinator, Ian Davies, with the Cornell Lab of Ornithology. “It’s inspiring to see such a tremendous wealth of information about Wisconsin’s birds.”

Those familiar with the Wisconsin birding scene will find no surprise in learning who submitted the milestone checklist. With over 22,000 checklists to her name, no one in the state has submitted more. She is, of course, Kay Kavanagh.

“Birding basically rescued my life,” said Kavanagh, after a personal tragedy left her reeling over three decades ago. “The passion I have to bird almost every day comes from this episode in my life.”

That passion has led her to many citizen science projects over the years. Kay conducted roadside Breeding Bird Survey routes for 25 years and Christmas Bird Counts for 22+ years, and has participated in Project FeederWatch, Great Backyard Bird Counts, and various other survey efforts for songbirds, owls, Red-shouldered Hawks, and more.

Most recently, she was a major contributor to Wisconsin Breeding Bird Atlas II, covering much of her home Florence County, where an amazing 93% of checklists are hers, and adjacent areas with few volunteers. Her efforts there have filled many data gaps over the years, and now with Atlas field work completed she created a new project for herself this year — to visit 16 area hotspots each week. “I enjoy seeing the eBird bar charts filling in on these local birding spots,” she said.

eBird was released in 2002 and especially took flight later that decade. Wisconsin was an early leader in promoting the tool and soon became one of the first states to develop its own locally customized portal to the eBird database, Wisconsin eBird. After years of ranking near the top in submitted checklists, we then pioneered another novel effort by becoming the first state to use an integrated eBird platform for collecting breeding bird atlas data.

“eBird was critical as a data collection tool to the success of the Atlas,” said Ryan Brady, avian citizen science coordinator for Wisconsin DNR. “But it has been equally valuable otherwise in tracking the distribution, movements, phenology, and annual relative abundance of Wisconsin’s birds.”

More broadly, by aggregating eBird data from local, state, regional, and even global scales, researchers and conservationists can leverage the popularity of birdwatching to assess population status and trends, develop predictive models, and ultimately make big impacts on the future of bird species. Over 300 peer-reviewed publications have used eBird data from more than 500,000 contributors worldwide.

But just as importantly eBird gives back to birders, functioning like an electronic journal to track your life, year, or even yard lists. Automated alerts can notify you immediately when a bird you’ve never seen is reported in your area. Upload your photos and audio recordings into each checklist. Explore data from all users to find locations of your target species or when to expect certain species to arrive or depart. And do it all from a desktop or mobile app.

Reaching the one million checklist milestone is a big accomplishment. But there’s more work to do. With your help, we can fill data gaps from less-populated areas of the state. We can track changes in species distribution, abundance, or migration timing. We can help managers provide habitats for priority species. So, join us and help conserve birds, one checklist at a time!