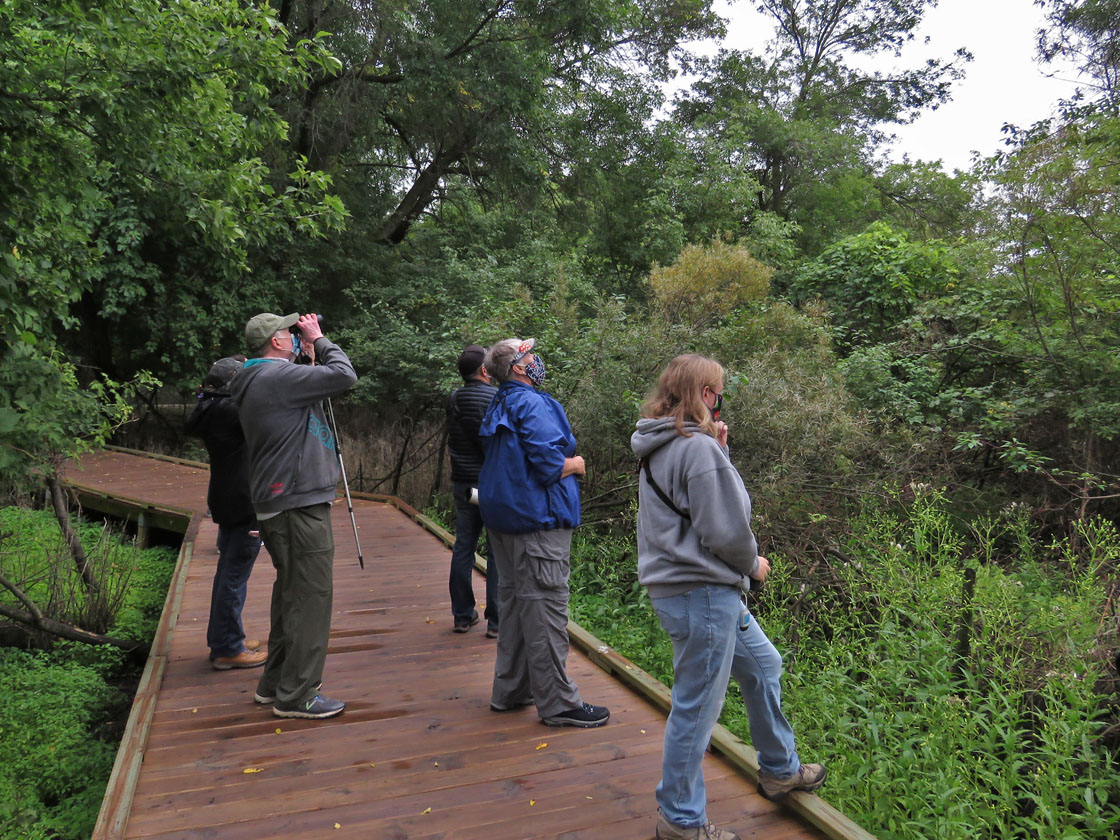 On Sunday, Sept. 13, our enthusiastic group of 15 birders started gathering around 7:30 AM at Bay Beach Wildlife Sanctuary in Green Bay. Following the new WSO COVID-19 guidelines, everyone had pre-registered, wore facemasks, and worked to maintain 6 feet of social distancing. 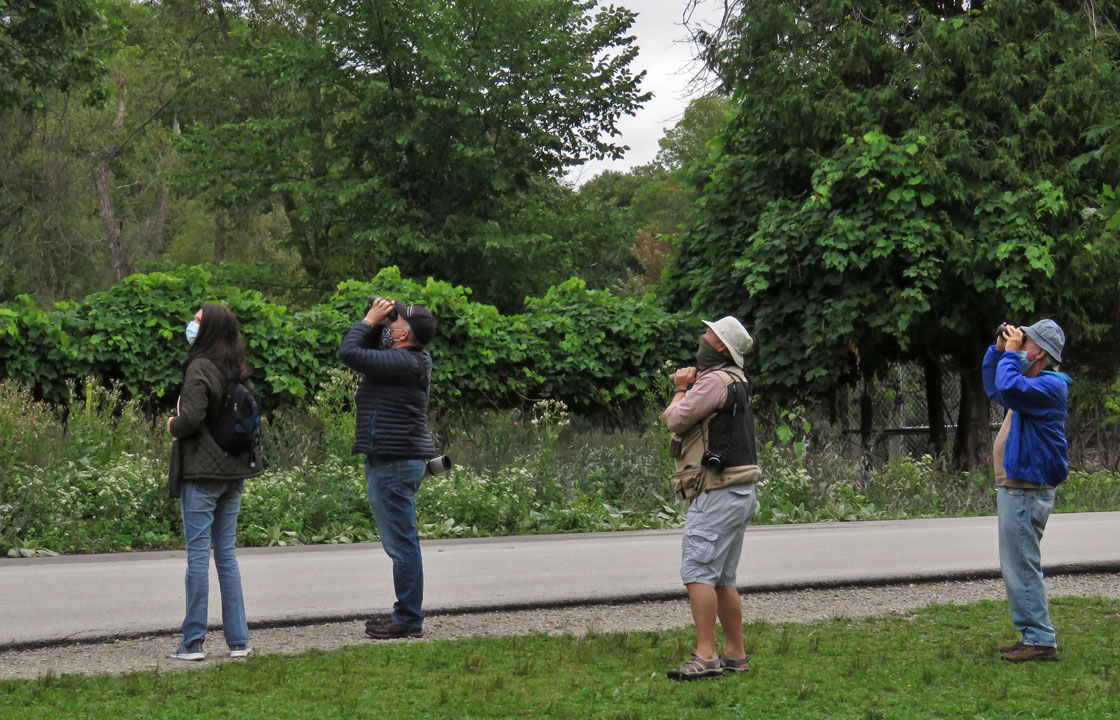 The day was pretty nice – around 60-69 degrees, with mostly to partly cloudy skies – and there was a moderate west wind blowing (following south winds and rain showers the last two days), so we were hopeful that it had brought in some migrants.

We first checked out the lagoon near the parking area, where the usual contingent of Mallards and Canada Geese were prevalent. A Great Blue Heron patrolled the shoreline, a Spotted Sandpiper and a Green Heron flew through, and a Belted Kingfisher called as it headed for a hunting perch. A number of swallows and Purple Martins migrated overhead, at times joined by a few Chimney Swifts. A couple of Red-breasted Nuthatches were spotted in some nearby conifers.

Soon we decided to head toward the woodland trails, and it wasn’t long before we encountered our first group of warblers – representing a nice variety of species. These included Tennessee, Blackpoll, American Redstart, Northern Parula, Cape May, Wilson’s, and Black-throated Green – but there may have been others that we missed in the flurry of activity. 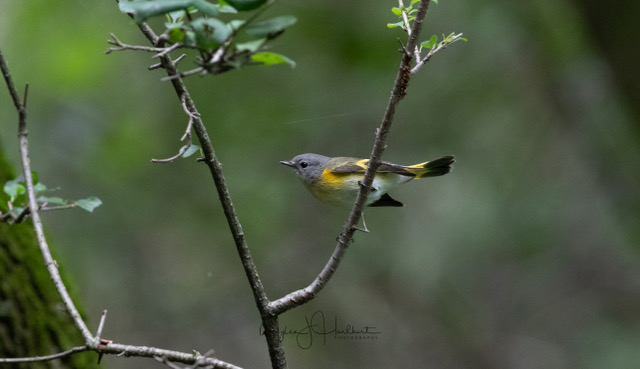 After the flock dispersed we continued down one of the trails. Several types of woodpeckers were encountered, including Red-bellied, Downy and Hairy, and we added White-breasted Nuthatch, Black-capped Chickadee and Northern Cardinal to our list. A Philadelphia Vireo was briefly spotted, but unfortunately it moved on before everyone could find it. Later on a Yellow-throated Vireo was also found, providing very good looks for our group.

A Sharp-shinned Hawk zipped through the trees at one point, and a Red-tailed Hawk soared overhead, as well as an American White Pelican – and also more swallows, martins and Chimney Swifts passed over.

Our bird hike took us over to the east side of the sanctuary, where we took a couple of side trails. Several thrushes were spotted, with the vast majority of them being Swainson’s, but we also encountered a Veery and a Gray-cheeked. A few flycatchers were also observed, including Eastern Phoebe, Eastern Wood-Pewee, and a calling Willow. 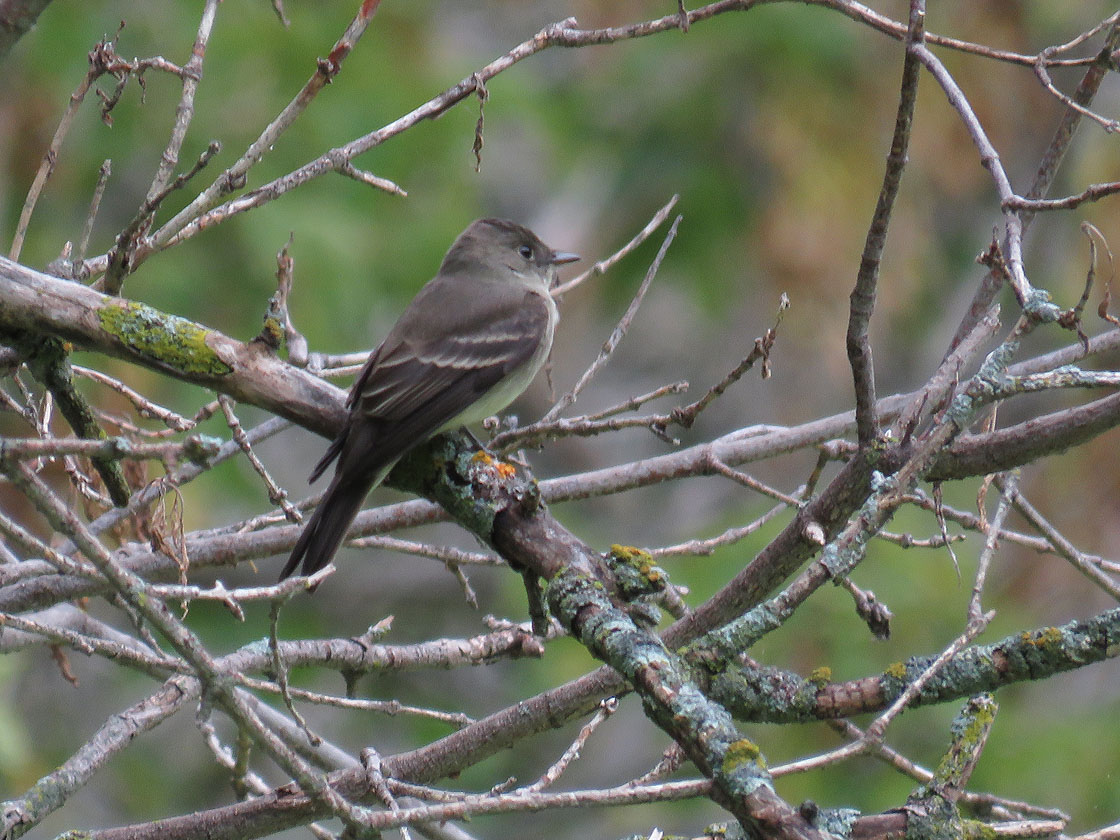 At one point we encountered a sizeable flock of migrating warblers – with dozens of birds present all around us. It was hard to know where to look next! These included Bay-breasted, Blackpoll, Blackburnian, Black-and-white, Black-throated Green, Nashville, Northern Parula, and lots of Tennessees and American Redstarts. Some of the birds were coming down to the road to bathe in rain puddles.

We slowly made our way back toward the parking area, spotting a few birds along the way, but unfortunately didn’t find any other concentrations – but we did spot a Snow Goose that was hanging around with the Canadas. We finished the field trip around 11:30, with everyone being pleased about the great day that we’d experienced, since for all of us it was the best movement of warblers we had seen this fall! 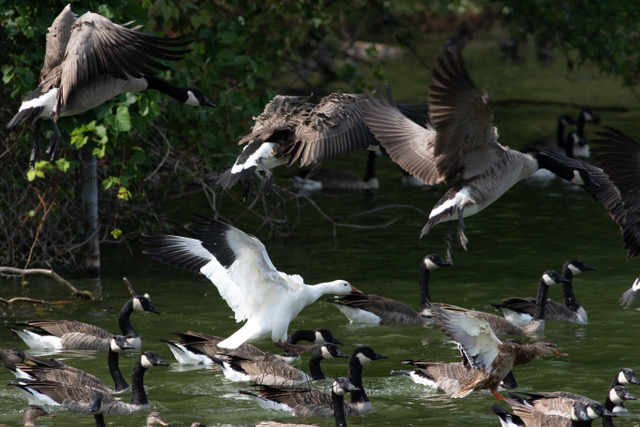 Our morning ended with nice a total of 74 species, which included 20 different warblers! Thanks to those who attended and to Jeff Baughman for co-leading this event.