This Scissor-tailed Flycatcher was originally spotted by John and Anne Delwiche on June 10. Melody Walsh, who photographed the bird, notes that a Scissor-tailed was recorded on June 16, 2019, along the same section of Michigan Road on Washington Island in Door County.

The torrid pace of rarities that had marked the month of May continued into June.

A male Lazuli Bunting spent a few days at a feeder in Bayfield County. It proved to be very cooperative and great photos were taken of this Western vagrant. 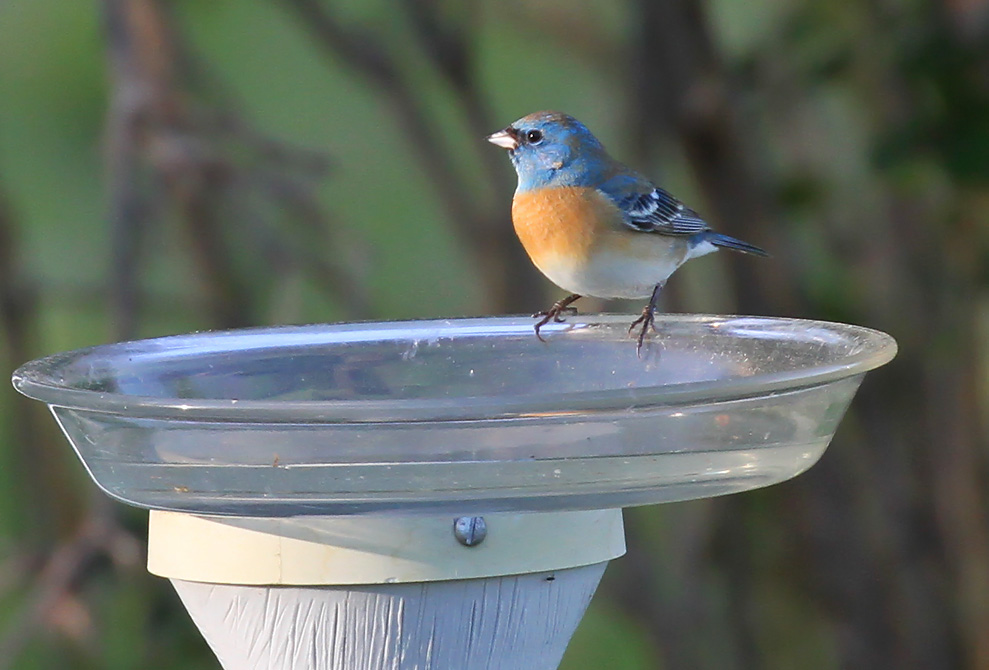 An early tropical storm held together as it tracked into the Midwest. It brought a vagrant Sooty Tern that was picked up in a parking lot in Madison. This bird was taken to a rehabilitation facility but unfortunately did not survive. This is just the second state record for this handsome tern.

Washington Island in Door County is a great migrant trap in late spring. A Mississippi Kite was photographed as it flew over a local birder's wonderful yard. A nice male Scissor-tailed Flycatcher was seen on two consecutive days and was enjoyed by a few local birders. Further south on the Door peninsula, a pair of Northern Mockingbirds are on territory and possibly nesting.

The female Mountain Bluebird in Taylor County paired up with a male Eastern Bluebird and they fledged hybrid young. Many birders traveled to see this vagrant. Previous recent sightings of this species have typically been brief, so this was a new state bird for many veteran listers.

A Black-bellied Whistling Duck was found on a lagoon in Washington Park in the middle of Milwaukee.  This bird proved to be most cooperative and was still being seen in mid-July. 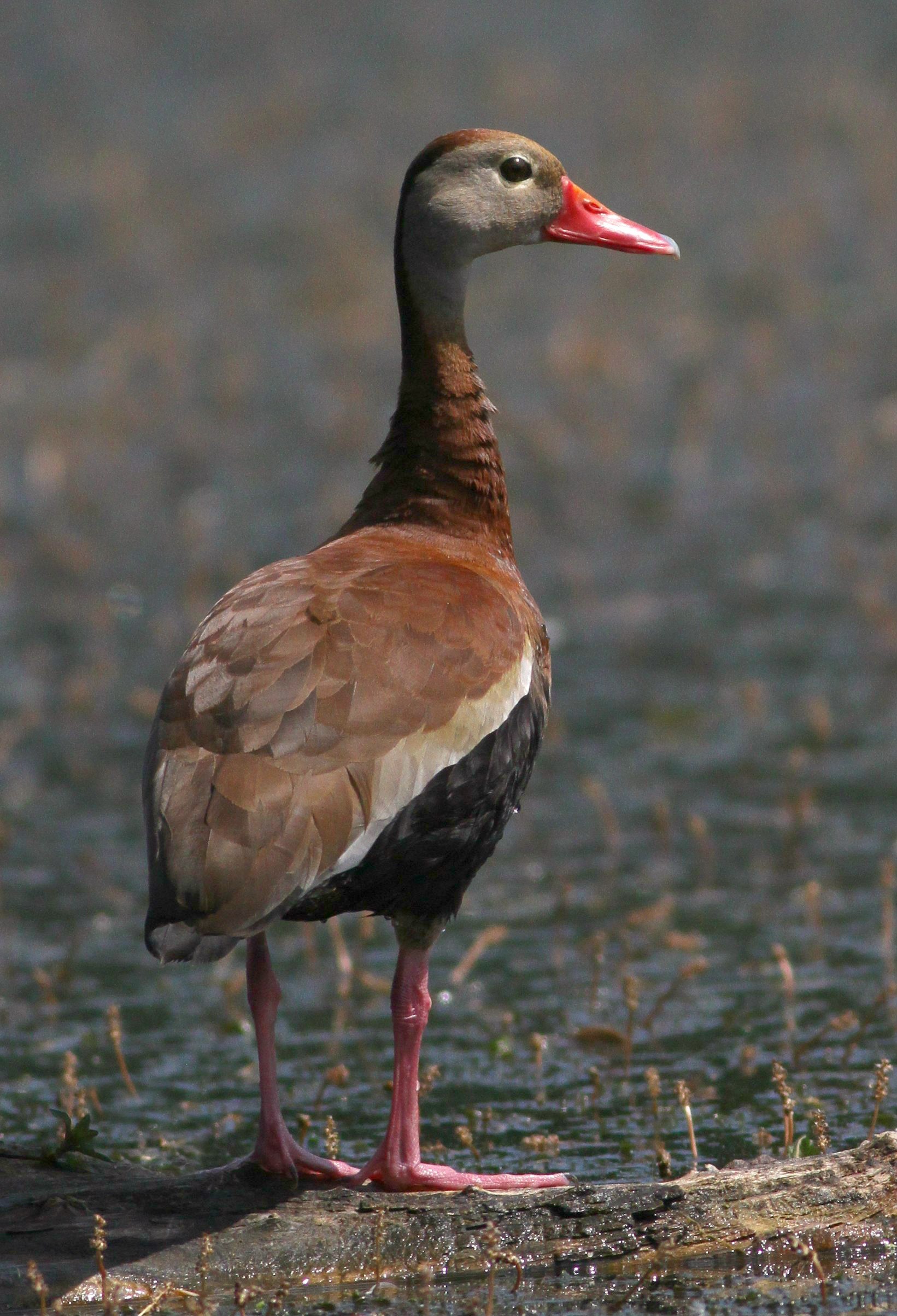 Jim Edlhuber photographed this male Black-bellied Whistling-Duck at the Washington Park lagoon in Milwaukee. Its normal range is lower Texas and the coasts of Mexico. For more photos of this duck and many more great birds, check out Jim’s web site: http://www.windowtowildlife.com/

Horicon Marsh was good, especially along Old Marsh Road.  Birders there found a mixed flock of Glossy and White-faced Ibis, Snowy Egret, Little Blue Heron, Whooping Cranes and several nesting Black-necked Stilts. A much more cooperative adult Little Blue Heron was present for several weeks in Green Bay. The good ibis year continued with a group of four birds in Dunn County and another group of 3 in Door County.  The birds in Door were the first record for the county.

The Manitowoc Impoundment produced a Laughing Gull and up to three Little Gulls. A White-winged Dove also was seen in Manitowoc County.

An adult Neotropic Cormorant was a nice find in Dane County.

By the 1st of July, southbound shorebirds were being reported, signaling the start of fall migration.  It's also a good time to check your hummingbird feeders carefully for vagrants.

In addition to compiling this monthly report, Mark coordinates Wisconsin’s 92 Breeding Bird Survey routes. Unfortunately, those routes will not be run this year after the U.S. Geological Survey suspended the program for 2020 due to concerns about COVID-19.