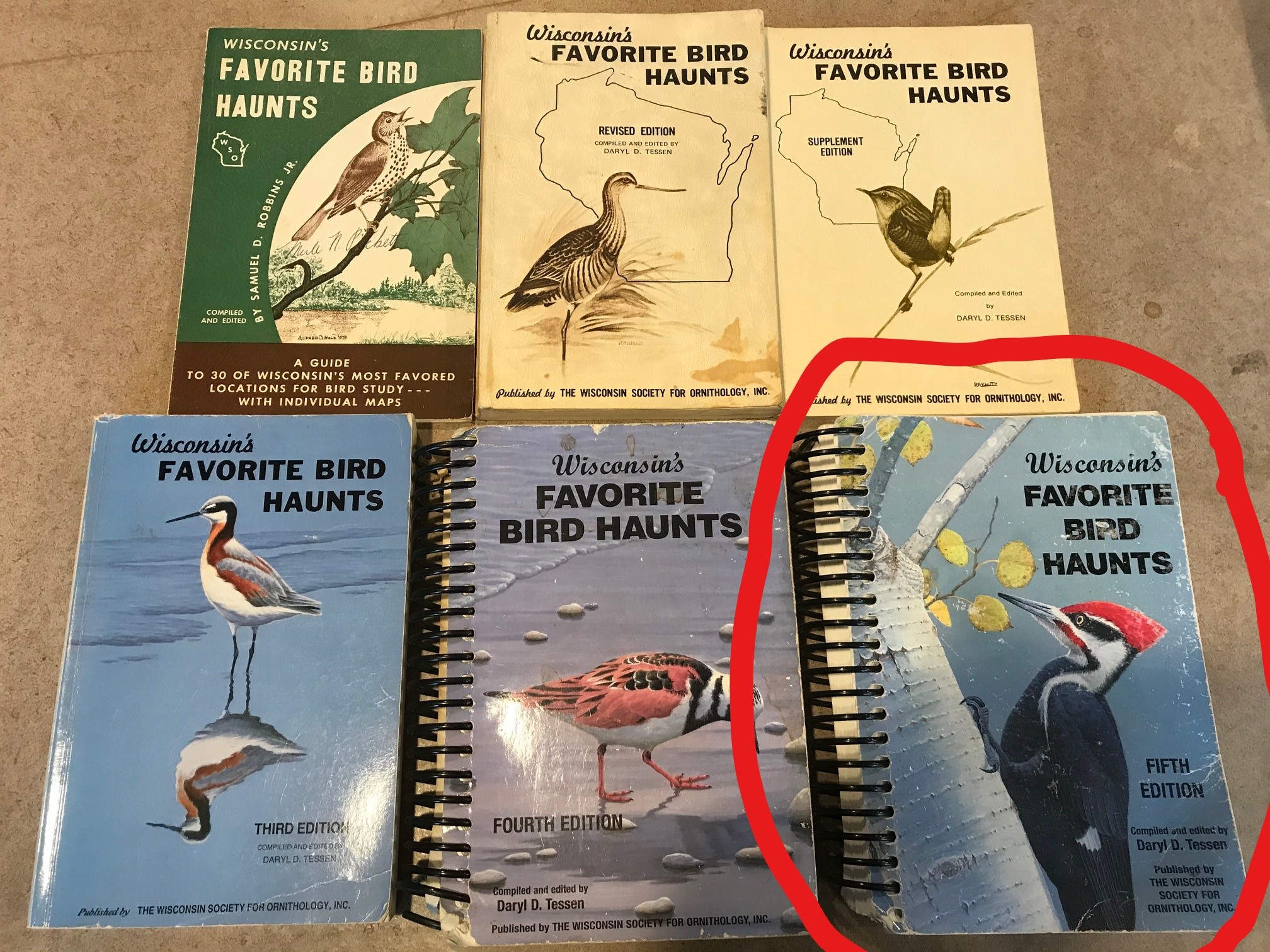 The history of “Wisconsin's Favorite Bird Haunts” goes back almost 60 years to publication by the Wisconsin Society for Ornithology of “A Guide to 30 of Wisconsin’s Most Favored Locations for Bird Study – With Individual Maps."

Compiled and edited by the legendary Samuel D. Robbins Jr. and published in 1961, the book was just 77 pages. All the subsequent editions, published between 1976 and 2009, were compiled and edited by Daryl D. Tessen, a former WSO president and longtime member of its Board of Directors who for many years has held the top spot for most species recorded in the state during a calendar year. Tessen greatly expanded the bird-finding guide’s scope and value. The most recent revision, the 5th Edition, spans 540 pages, highlighting 1,100 locations in 145 “haunts” across five regions.

Today marks a new chapter in Haunts history as WSO takes the book into the digital age by making a PDF of the 5th Edition available to our members on the secure members-only website. Members now will be able to access the entire book on their smart phone, tablet, laptop or desktop. The book contains all of Haunts’ valuable maps and is divided into five regional chapters, plus the introduction, annotated checklist and an expansive index. And the entire book is searchable.

Beginning June 1, WSO members can access the book as a PDF on the Wild Apricot site at https://wso.wildapricot.org/haunts/

In his introduction to the first edition, Sam Robbins observed: “The presence of a particular bird in a given place at a given moment cannot be guaranteed by the placing of salt on the bird's tail. Neither can it be guaranteed by the writing of a book describing the favorite bird haunts where certain species are most often found. But this book is written in the faith that wider ornithological experiences can be guaranteed to people who visit the areas described herein during the most favorable seasons."

In making the 5th Edition available online, WSO is aware that, over the last decade, land-use changes and avian population declines have altered the state landscape for bird-finding, which itself has evolved with the increasing use and utility of eBird. But just a site marker on eBird doesn’t provide adequate information and logistics about birding that site. The comprehensive nature of “Haunts” and its detailed maps make it a valuable tool.

It’s unlikely there will be a 6th edition of Haunts in book form. But WSO is committing to undertaking an update and then a continuing revision of its digital “Haunts” so that, as Tessen said in his introduction to the 5th Edition, “Birders can enjoy the many ornithological treats that Wisconsin offers….”