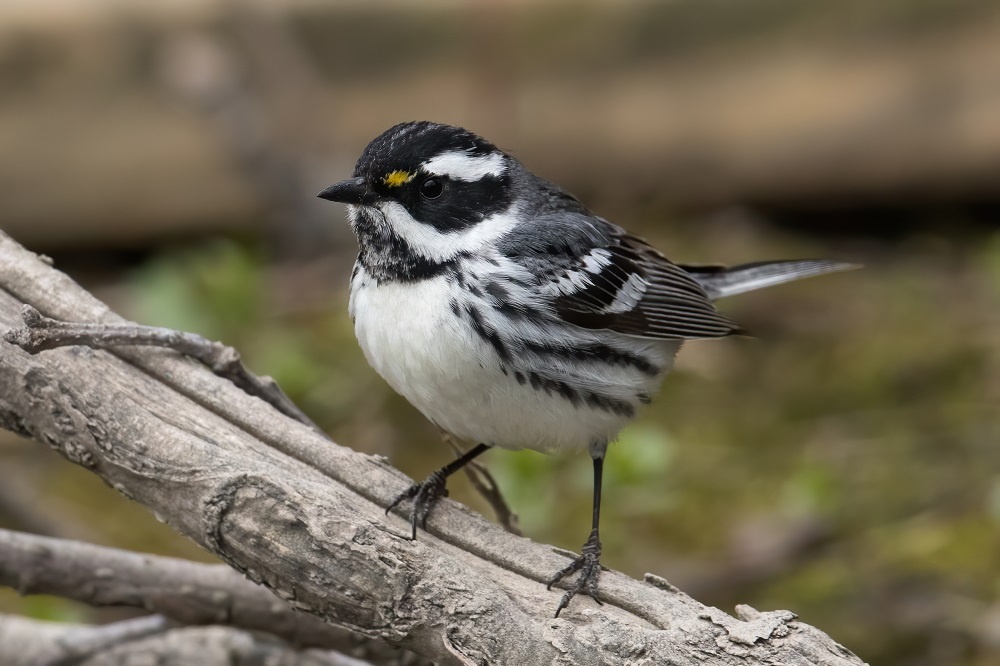 Where to start !?! It was a month to remember for Wisconsin birders

The amazing April run of rarities continued throughout May.  It was hard to pick a headliner with so many rare birds around.

A Black-throated Gray Warbler was found along the Menominee River in Wauwatosa (Milwaukee County) early in the month and stayed for three days.  This allowed many birders from around the state to come and enjoy this western vagrant for which there are only a handful of prior records.

A Least Tern was a great find in Columbia County.  This species hasn't been reported in the state for quite some time and was new for many veteran Wisconsin listers.  Unfortunately, it proved to be a one-day wonder, although it was cooperative throughout that one day.

In nearby Dane County, a Neotropic Cormorant has been seen for over a week but with some frustrating infrequency.  It has been documented with nice photographs.

Bullock's Orioles were found at feeders in Dane and Racine Counties.  Unfortunately both birds were being seen on private property and public access could not be obtained.  Western Tanagers were reported at feeders in Kenosha, Milwaukee, Sawyer and Waukesha Counties.  Summer Tanager reports came in from across the state including one Milwaukee bird that spent 10 days at a feeder where the gracious homeowners safely entertained a steady stream of visitors to their back deck.

A female Mountain Bluebird has been enjoyed by many birders in Taylor County.  Usually hard to chase, this bird is apparently paired up with a male Eastern Bluebird and is spending time in a nest box.  These two species do hybridize on rare occasions.

Photo by Jim Edlhuber
As the photographer noted, this photo of the female Mountain Bluebird and a male Eastern Bluebird on top of their house tells an interesting story.  More images of this exciting bird here.

At the end of April, a Black-legged Kittiwake was a great find on the beach in Racine.  It was seen for a few consecutive days.  This species is very rare in spring as most sightings in the state come during fall migration.  Laughing Gulls were found in Kenosha and Manitowoc Counties, which is not as surprising as the bird that was found inland in Dane.  A Little Gull also was found in Manitowoc. 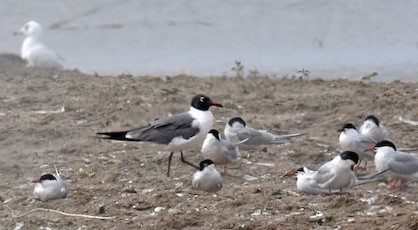 Joel Trick photographed this Laughing Gull at the Manitowoc Impoundment on May 22.

A Black-billed Magpie graced a backyard in Langlade County but only for one day.  A migrant Swainson's Hawk was observed in Ashland.  Not far from here, a high-flying Parasitic Jaeger was observed in Bayfield County.

A Little Blue Heron on Washington Island was a great find in Door County.  Unfortunately, Covid-19 limited ferry traffic to the island.  Also in Door, a Loggerhead Shrike was a nice discovery but did not remain.

Both Glossy and White-faced Ibis continued to be seen at scattered locations around the Dane and Columbia County ponds area. A migrant Yellow Rail was found in a doorway in Kenosha County and was released unharmed.  A calling Yellow Rail in Dane County was the first in that county in over 30 years.

Blue Grosbeaks returned to territories in Ozaukee and Sauk Counties. Smith's Longspurs were found a few locations in Dane, which has become an annual occurrence.  Prairie Warblers were found in Dane and Manitowoc.  A migrant Yellow-throated Warbler was a nice find in Milwaukee and another appears to be on territory in Iowa County.

It was an amazing month and more birders than ever were out in the field, which helps turn up more rarities.  Migration will continue into June so continue to get out there and bird safely.

In addition to compiling this monthly report, Mark coordinates Wisconsin’s 92 Breeding Bird Survey routes. Unfortunately, those routes will not be run this year after the U.S. Geological Survey suspended the program for 2020 due to concerns about COVID-19.