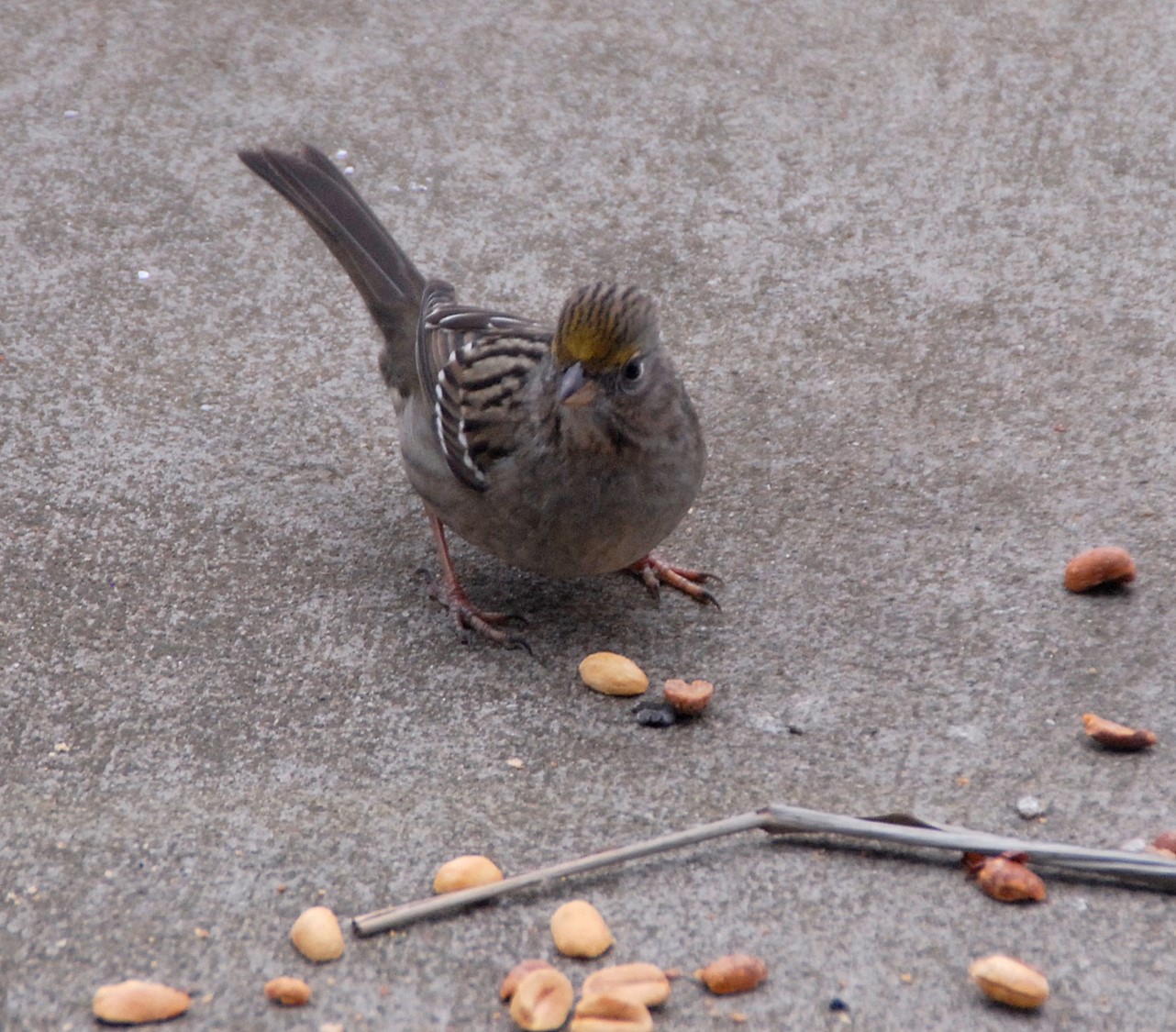 The mild weather continued through February but it was snowier than January. A snowfall early in the month produced a rare visit from a Golden-crowned Sparrow at a Richland County feeder. This bird was seen on two occasions during a week but was very shy. There are only a handful of previous records of this colorful western sparrow.

Susan Reed of Richland County photographed this Golden-crowned Sparrow through her glass front door. She saw the bird daily from Jan. 30 to Feb. 5, and a few visiting birders were able to see it.

A Waukesha County feeder hosted a colorful Varied Thrush toward the end of the month. The Harris's Sparrow continued to frequent a feeder in Ozaukee County and another was seen at a feeder in Marathon County. A Townsend's Solitaire was found on the Northland College campus in Ashland while another continued to be found at Gibraltar Rock in Columbia County.

With the milder weather, an Eastern Phoebe first seen in early January persisted into late February where it was heard singing in Washington County. Milwaukee County was reporting at least two Brown Thrashers and a Gray Catbird that have survived the winter through this point.

Typically a bird of the North Woods, Northern Goshawks have delighted many at parks in Milwaukee County and Madison. Unfortunately both birds have been hard to see with any consistency.

The Harlequin Duck continued into February in Madison and another was found in Kenosha. A female Barrow's Goldeneye was seen on a few occasions in Kewaunee.

With ever increasing daylight, more birds can be heard singing. The exceptionally mild temperatures of Feb. 22-23 brought a few migrant geese and Red-winged Blackbirds into the state. Spring is in the air!