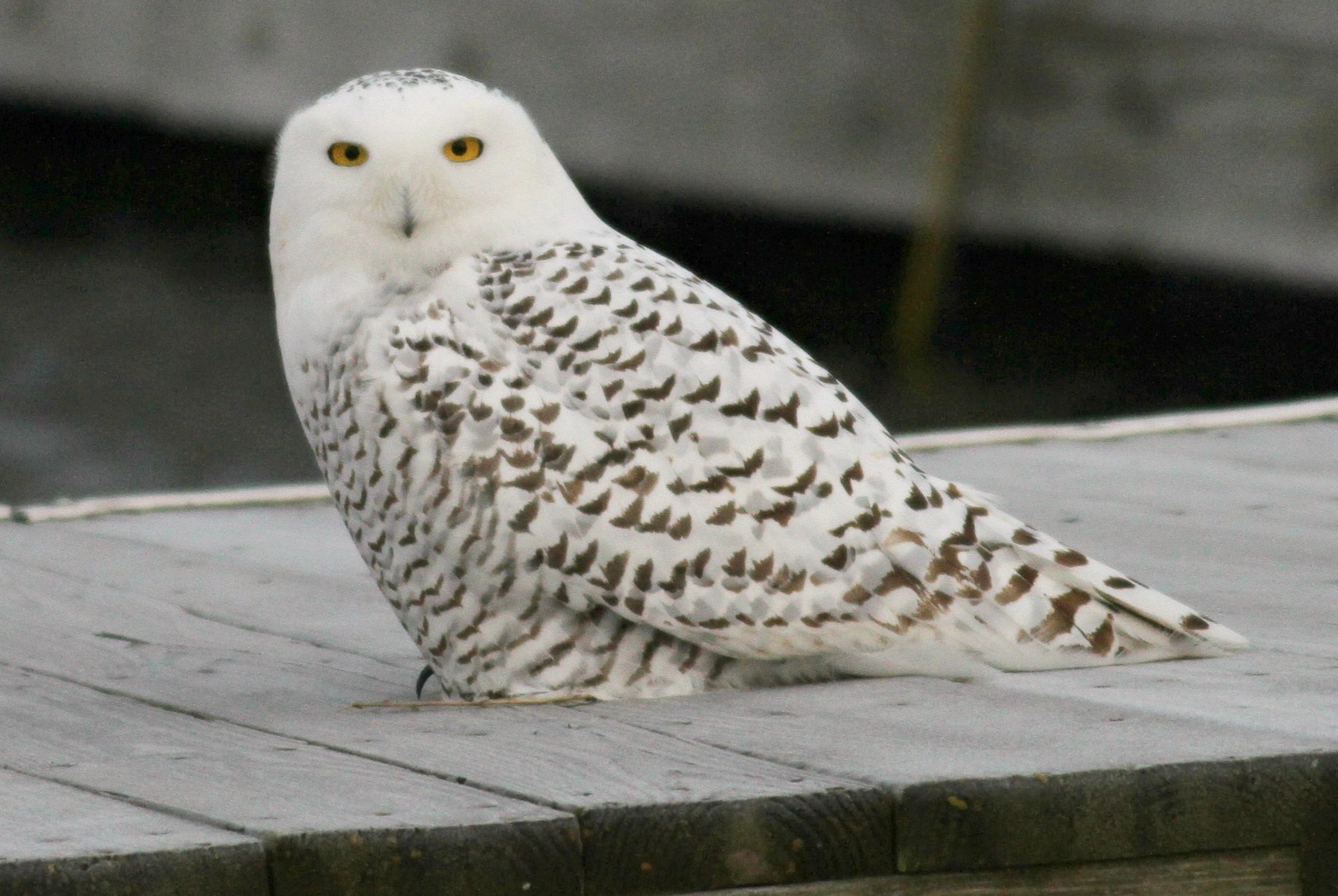 An assortment of tanagers, Varied Thrushes, odd ducks and solitaires

After a cold and snowy November, December was mild and largely snow free over the southern half of the state.  The north was blanketed by heavy snow and there was little open water.

Likely as a direct result of the mild temperatures, Milwaukee feeders hosted two species of tanagers.  A female Summer Tanager was the first to be located. It was found at a busy feeding station during the Christmas Bird Count week but unfortunately left just before the Dec. 14 count.  This species is uncommon in Wisconsin but they are fairly hardy and several prior winter records exist. More unusual, a Scarlet Tanager showed up at a feeder not far from the Summer Tanager location on the day of the Milwaukee CBC.  This is only the second Wisconsin winter record for this Neotropical migrant. The first was last year on the Green Bay CBC. 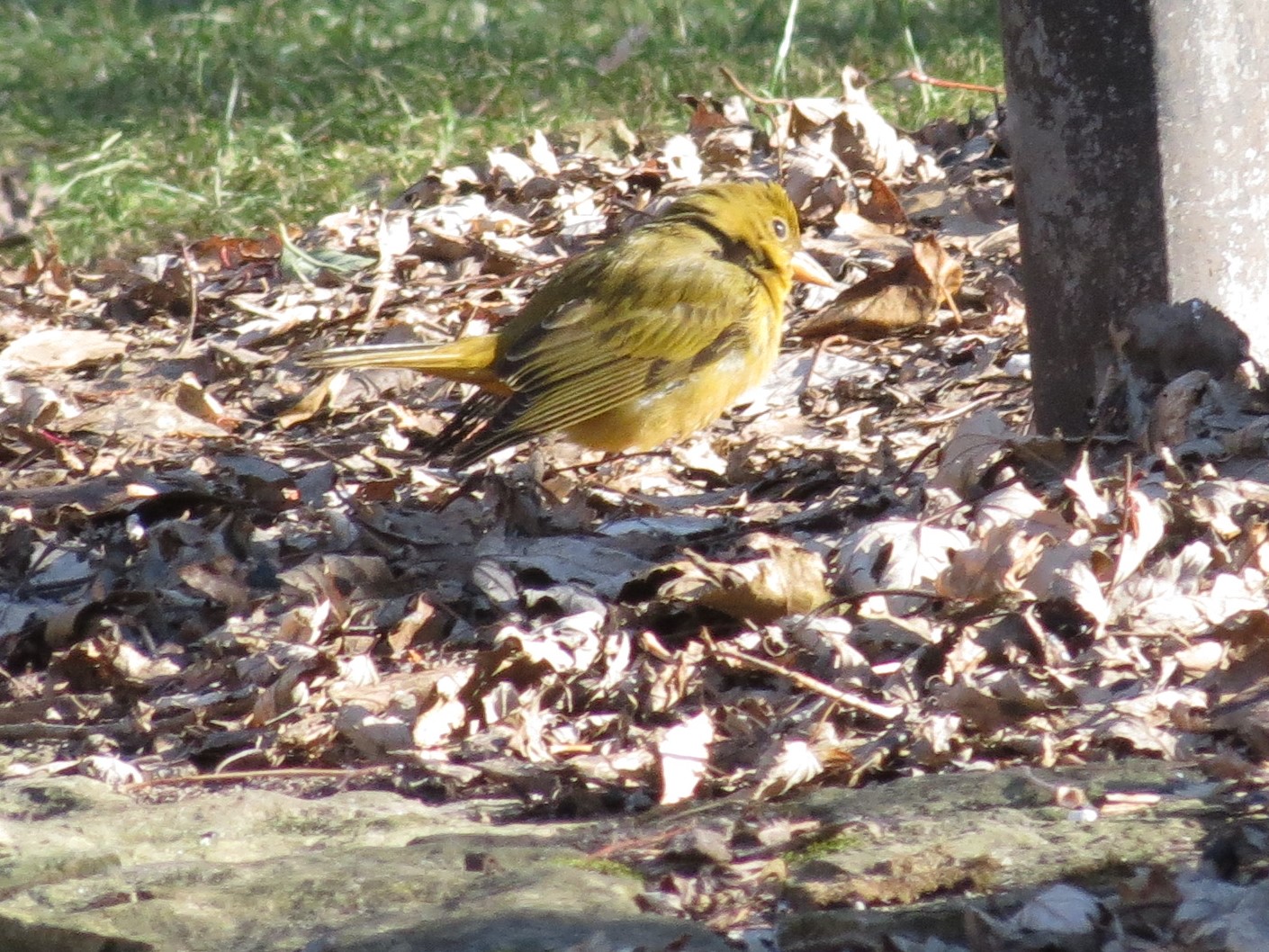 Jym Mooney photographed this Summer Tanager, which lingered at a home along the Milwaukee River in Glendale long enough to be included in the Count Week tally for the Milwaukee Christmas Bird Count.

The mild temperatures allowed a few other migrants to linger into the middle of the month.  A Wood Thrush was found and photographed on Washington Island in Door County. Milwaukee birders reported a Dunlin and a Nashville Warbler.

A Varied Thrush was more typical for the season in Dunn County.  This bird was found with a flock of robins and not at a feeder where they are typically seen in winter. Other Varied Thrushes were photographed in Ashland and Outagamie Counties.

More commonly found in spring, a Eurasian Wigeon was an excellent find along the Mississippi River in Vernon County. This bird stayed for several days and was photographed by many birders.

A King Eider was shot by a hunter near Two Rivers.  He documented this species with a clear photograph. 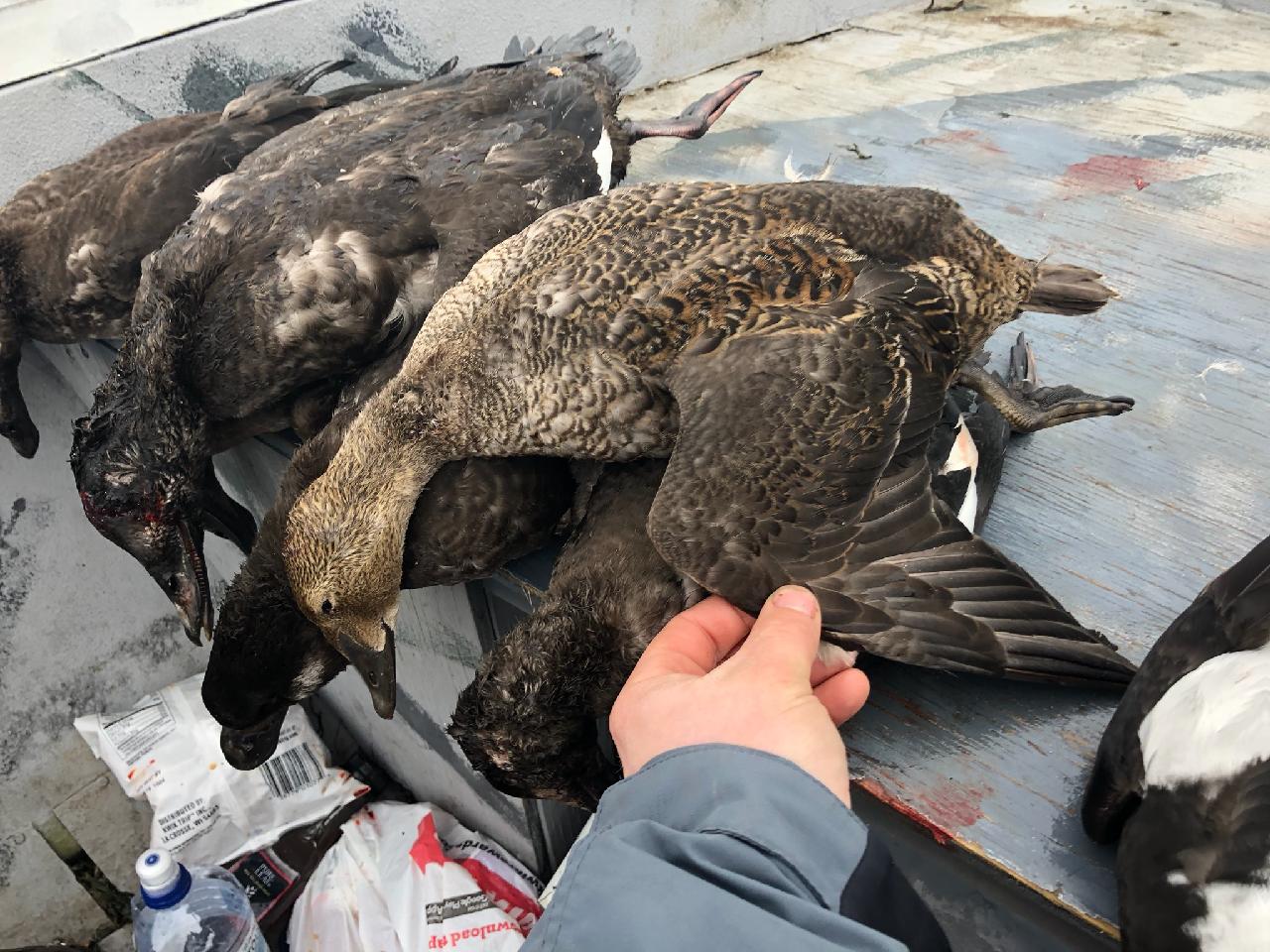 An immature female King Eider was taken by a duck hunter in Lake Michigan near Two Rivers and photographed by a taxidermist.

A Harlequin Duck was a nice find in Door County.  More unexpected was one inland in Dane County, which was still being seen on Christmas Eve.

A Laughing Gull was a great find in Sheboygan; this species is more expected in summer.

A Townsend’s Solitaire was located on typical bluff habitat in Columbia County.  Another was found at Whitnall Park in Hales Corners (a Milwaukee County park) where it has been enjoyed and photographed by dozens of birders. It is the easternmost found in the country in December, save for one in Massachusetts. 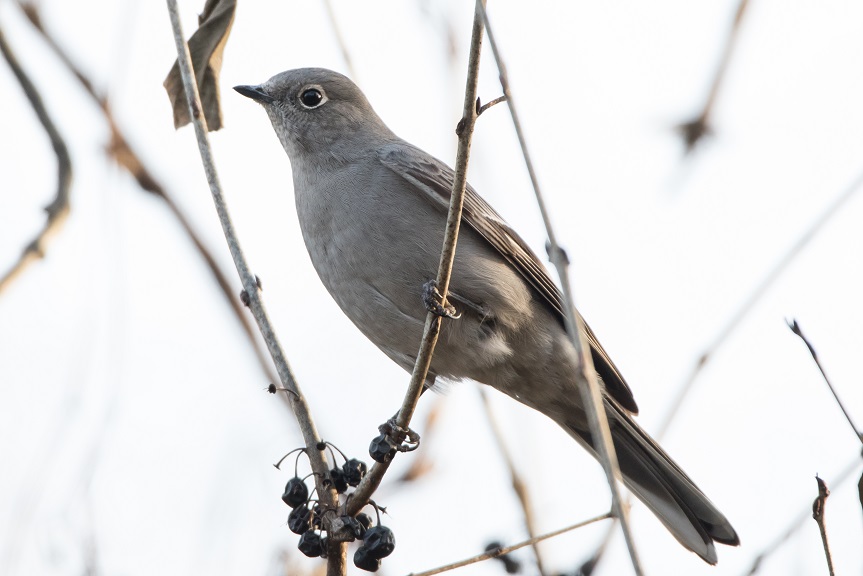 The paucity of winter finches continues but sightings of Snowy Owls have slightly exceeded expectations.

As of Dec. 17, the DNR reported, 56 Snowy Owls had been reported from 27 counties. This total is on track with that found last winter but far below the 187 found by this date in 2017. The big irruption years of 2013, 2014 and 2015 also featured two to three times as many owls by this time. Furthermore, the rate of incoming owls has slowed. While some will continue to show up and others already here will be newly found and reported, the end result remains clear – big numbers won’t be reaching Wisconsin this year.

Let’s hope the many observers out in the field doing Christmas Counts will turn up a few more unexpected species.  Happy holidays to all and good birding in the New Year.