The day started off with great expectations, following light to moderate north and northwest winds overnight, so we hoped for a decent migration. By dawn, however, the breeze had shifted to the southwest and the weather was dry, under cloudy to partly cloudy skies. Birders began arriving at Bay Beach a little after 6:30, and by the time we reached 7:00 AM, over thirty attendees were present – a very nice turnout! 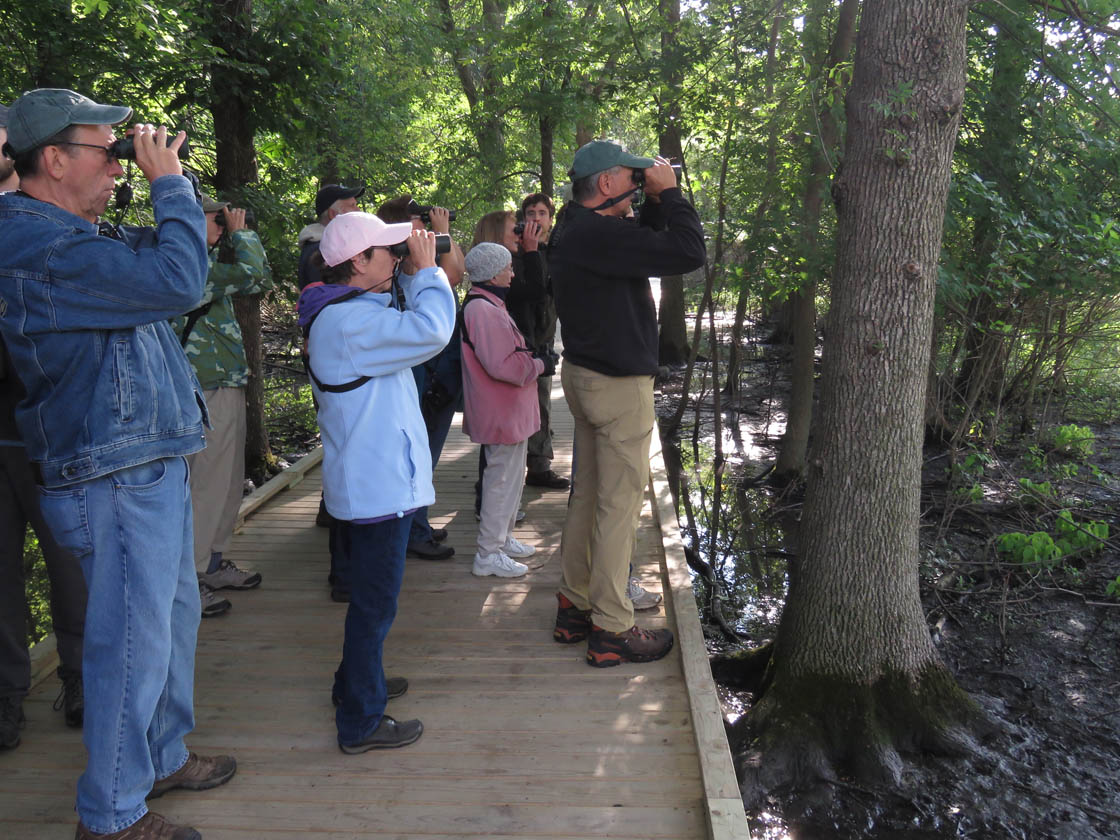 We started the day by scanning the nearby lagoon, where among the many Mallards we also spotted Canada Goose, Wood Duck, Blue-winged Teal, and a lone Redhead. Also present were a couple of Belted Kingfishers, a Pied-billed Grebe, a lone American White Pelican, a few Ring-billed Gulls, and a Caspian Tern flying about at close range. 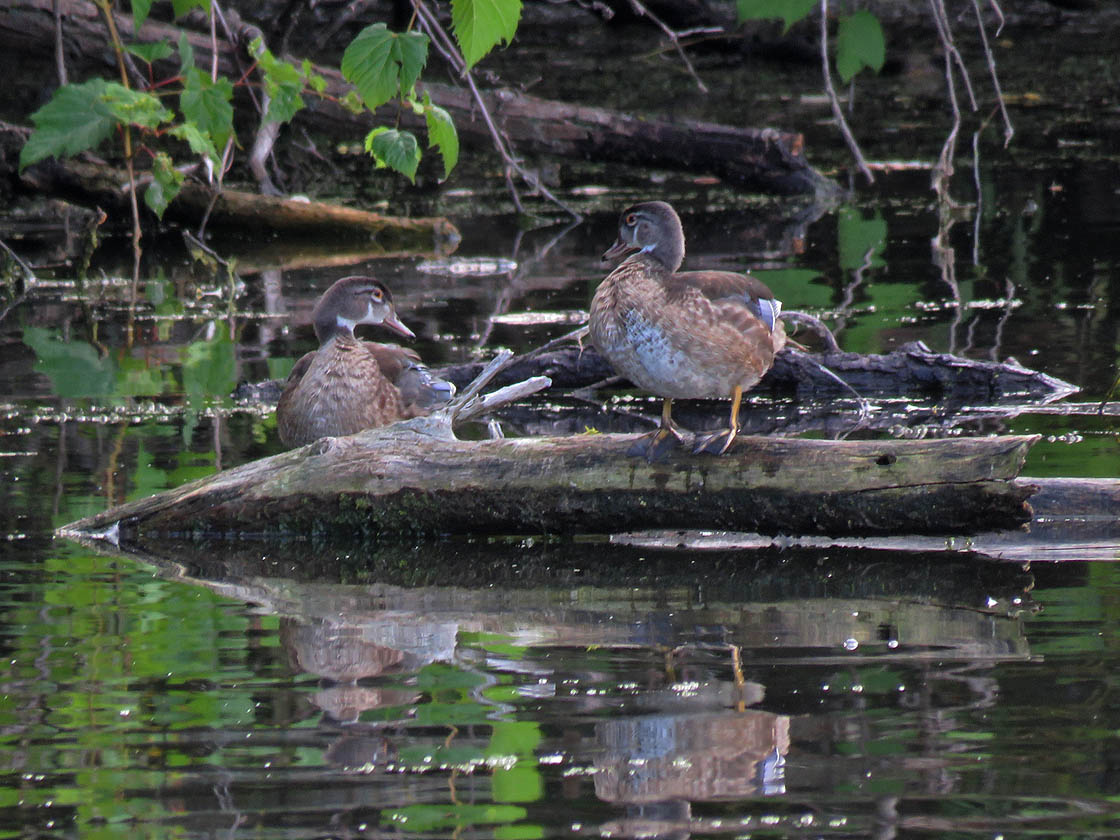 A dead tree in the near distance hosted a variety of birds while we were there, including American Robin, European Starling, several Northern Flickers and an immature Cooper’s Hawk. Herons spotted at or over the lagoons included Great Blue, Great Egret, and Black-crowned Night-Heron. 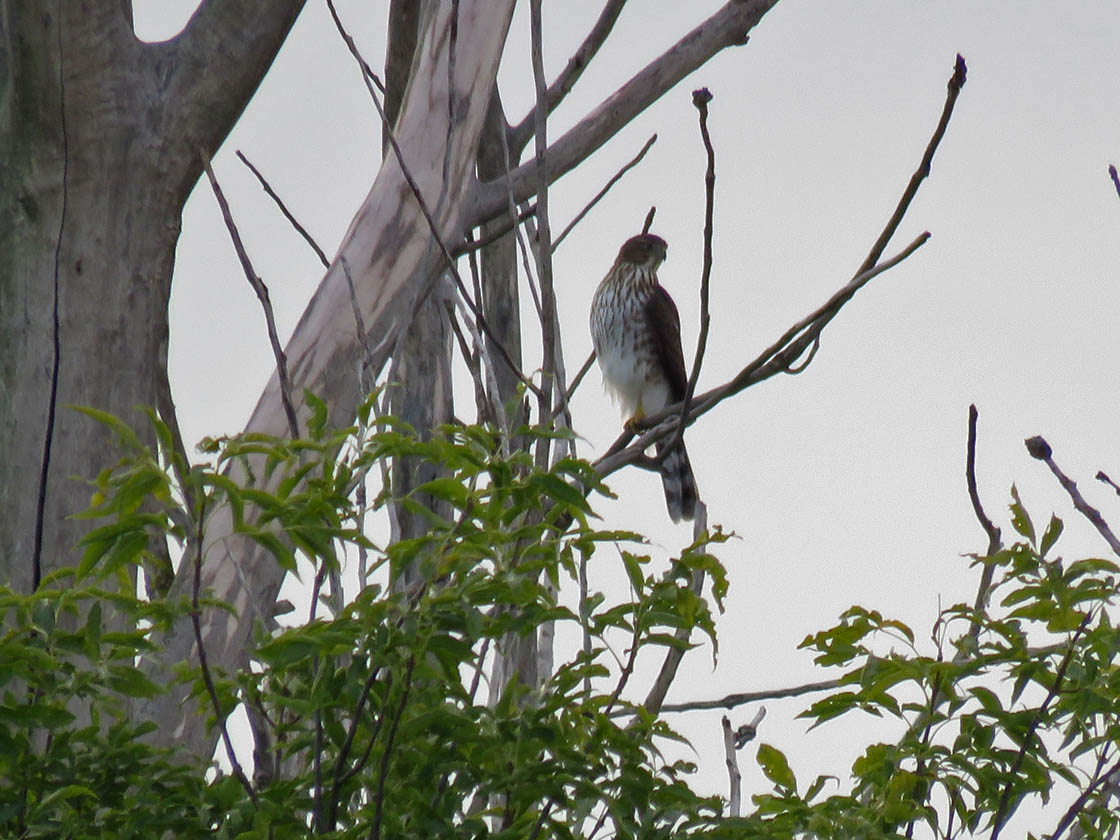 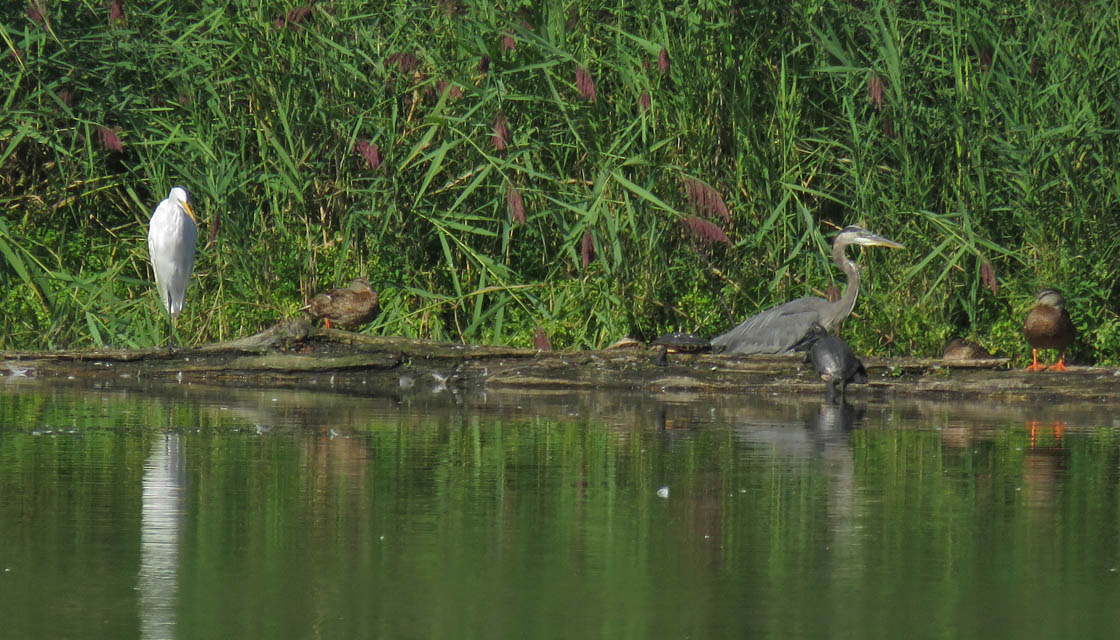 Great Egret (left) and Great Blue Heron (right) hunting in one of the ponds. Photo taken by Tom Schultz.

After a while we started along some of the trails, and started to hear a singing Warbling Vireo, and also had decent looks at two other vireos, Red-eyed and Philadelphia. Several Swainson’s Thrushes were feeding on wild grapes, along with a Gray-cheeked, and some Gray Catbirds. 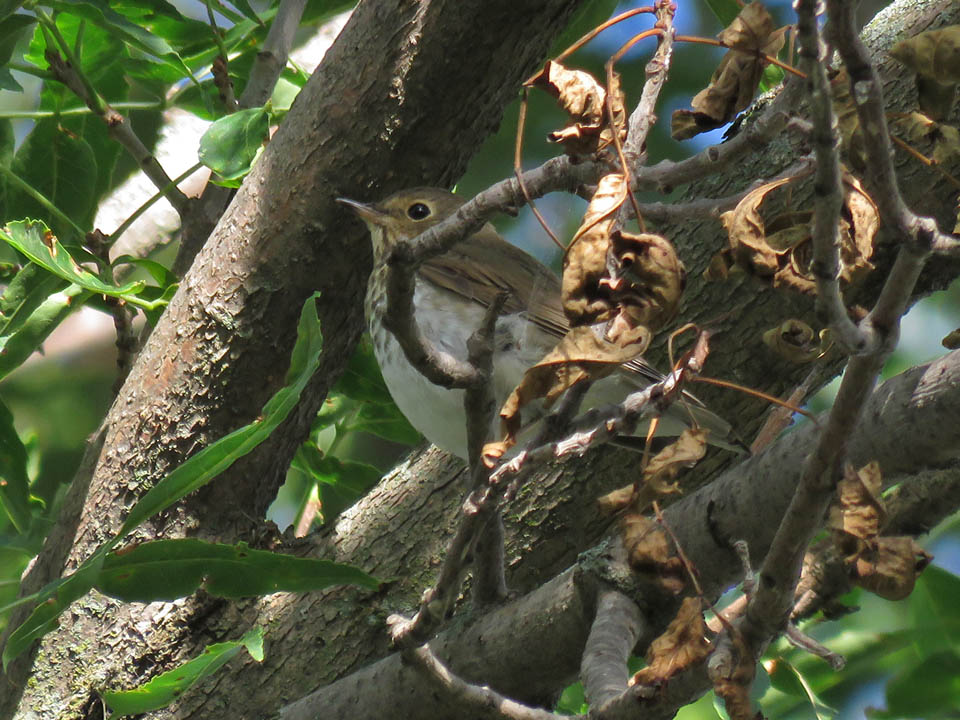 A few warblers were spotted here and there, including American Redstart, Magnolia, Tennessee, and Blackpoll, but we were greatly disappointed by the paltry numbers of these colorful migrants.  A lone Black-and-white Warbler was observed later on, but five species of warblers were all we could find for the day – which was really disappointing.

The bird of the day was probably Swainson’s Thrush, since we probably observed around 20 of them, although there were certainly plenty of Gray Catbirds present also.  Due to the relatively low level of bird activity, we wrapped up the field a little after 10:00 AM.

It was still a great morning to be out birding with a nice group of people – even though everyone had been hoping that we’d see a lot more warblers.  Oh well, hopefully, next year…!  Thanks to Jeff Baughman for co-leading this event.