It was a cold and wet month that triggered a late migration. The first big warbler waves were behind schedule this May with many areas not seeing a good flight until May 15. Once the dam finally burst there was a steady stream of migrants through the Memorial Day weekend. Some great rarities were reported and some species were seen in unprecedented numbers.

The state's second Hooded Oriole was found at a feeder in Bayfield County. The homeowners got the word out the evening it was discovered and it remained there to be documented the next morning by local experts. Unfortunately this early morning visit was the last time it was seen. Amazingly, it or another Hooded Oriole had been photographed at a Washington County home earlier in the month. 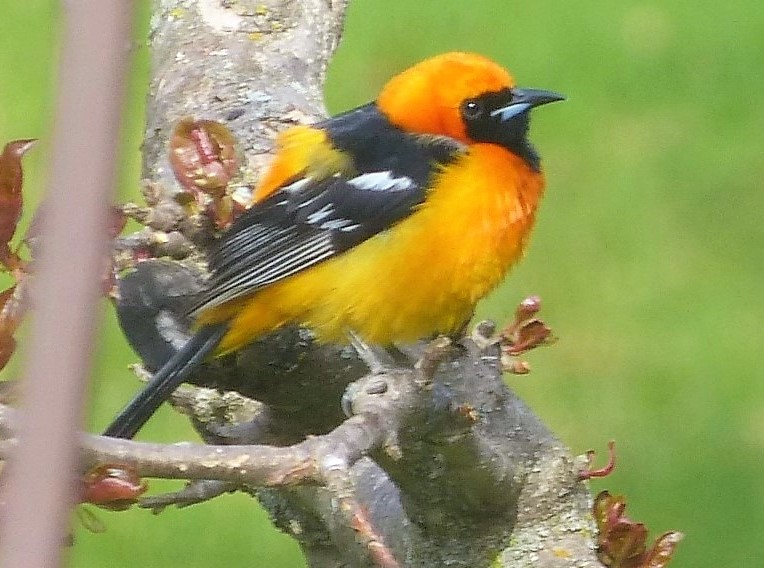 This Hooded Oriole was photographed in Bayfield County by Ellie Williams on May 16.

A Black-throated Gray Warbler was found in an Ozaukee County yard. Only a handful of prior records exist for this western vagrant. This yard along Lake Michigan was the same one that hosted a Buff-bellied Hummingbird two years ago!

Single Painted Buntings seem to show up nearly every year but usually don't linger for long. This year this gorgeous species was reported in no less than six counties from Milwaukee to Douglas and a few of them remained for several days. The Douglas County bird regularly visited a feeder and the gracious homeowner allowed several veteran Wisconsin birders to add it to their state lists. 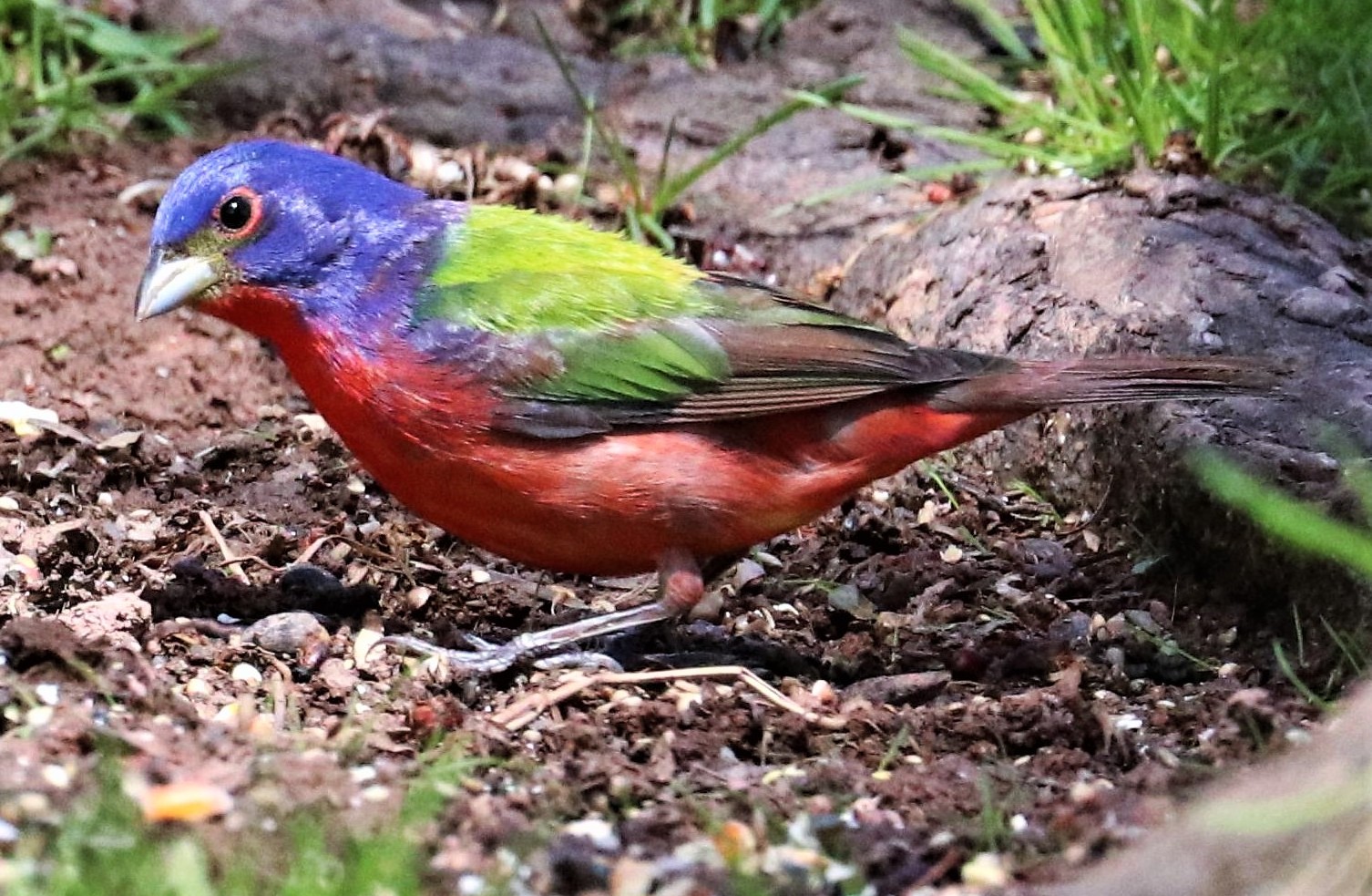 Photo by Robbye Johnson. Multiple Painted Buntings were recorded in the state during May and this one in Douglas County was seen by multiple birders as well.

Western Tanagers are also an annual spring vagrant but this year at least 10 counties hosted them including two birds in Brown County. Summer Tanagers also seemed to show up everywhere in May. A White-winged Dove was found in Dane County and a Blue Grosbeak frequented a feeder in Walworth County for several days.

Yellow-throated Warblers were found in Walworth, Waukesha and Milwaukee Counties. Milwaukee had a great number and variety of warblers including Worm-eating and Prairie. Mockingbirds and White-eyed Vireos also were reported from multiple locations. A Eurasian Tree Sparrow visited a feeder in Kewaunee County.

Sheboygan was great for gulls late in the month with 10 species reported, including a second-cycle California Gull along with Little Gull and Laughing Gull.

With the delayed migration, continue to search into June for unusual vagrants. It's also a great time to get out there and document breeding behavior as this is the final season for the second Wisconsin Breeding Bird Atlas. Don't put your binoculars away any time soon!