Prairie Chicken Hit by Car: REGI to the Rescue!

For the first time ever the Raptor Education Group, Inc., in Antigo has been called on to care for a Greater Prairie-Chicken, a state of Wisconsin threatened species.

The bird was hit by a vehicle and suffered serious injuries including internal bleeding. She was in extremely critical condition when REGI volunteer Kathy Esqueda transported her to the Antigo wildlife rehabilitation center and remained on the edge of life for 10 days.

“The great news is she is now recovering and we are optimistic she will be able to rejoin her flock in the Central Wisconsin Grassland Conservation Area in time for breeding,” said REGI founder Marge Gibson.

The Greater Prairie-Chicken was brought back from near extinction in Wisconsin starting in 1954. They are still a threatened species in our state and are highly managed to maintain their population. The Wisconsin DNR and students at the University of Wisconsin-Stevens Point College of Natural Resources play major roles in maintaining the population.

“Thanks to everyone that helped, including a birder that found her on the road and got her to a DNR wildlife technician who called REGI and Kathy was on the way to transport her to us within 30 minutes,” Gibson added. 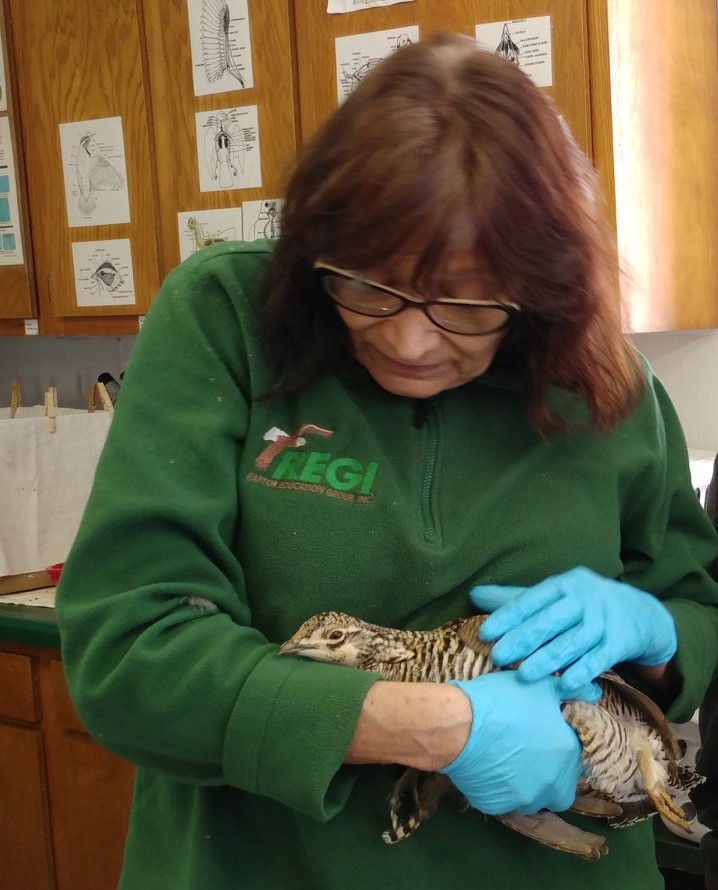