The Wisconsin Society for Ornithology faced a daunting challenge this year in reviewing a stream of nominations for its Passenger Pigeon Awards recognizing individuals and organizations for outstanding achievements in advancing bird conservation, promoting the field of ornithology and contributing to the Society.

The Board of Directors met on Jan. 20 to select the 2019 recipients, deciding to present three of its awards to a total of eight individuals.  They each will be recognized during an awards ceremony and reception at the 80th WSO Annual Convention at the River Prairie Center in Altoona, just east of Eau Claire, at 7 p.m. Friday, May 24.

Registration for the convention is now open and information and registration are available  at https://wsobirds.org/annual-convention

The Bronze Passenger Pigeon Award is presented to individuals who have made outstanding contributions in their local communities or in the state to promote the field of ornithology. The WSO Board elected to present awards to four individuals whose widely varied contributions have left a singular mark in both their respective communities as well as on the state national scene. They are Steve Betchkal, Jeb Barzen, Jim Knickelbine and Anita Carpenter.

Steve Betchkal, of Eau Claire, is board president of the 13-county Gaylord Nelson Audubon Society chapter, a retired broadcast journalist, author of birding guides and leader of birding travel groups. As chief news photographer for WQOW in Eau Claire he was nominated for 18 Emmys, and is the only journalist in the history of Eau Claire TV to win an Emmy (four total) and an Edward R. Murrow Award for news writing.

Steve has produced more than 350 stories about birds and travel for TV and print and has authored a number of books. He is a veteran of five of Wisconsin’s 92 Breeding Bird Surveys, and contributor to John Feith’s “Birds, Birds, Birds:  An Indoor Birdwatching Field Trip” A longtime member of WSO, he is the producer of WSO’s “Bird TV” — short for "Bird Teaching Video," a web-based educational resource used  by individuals, schools, nature centers and bird clubs. 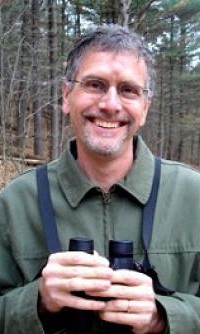 Jeb Barzen hails from Spring Green, and is nominated for his work at the Ferry Bluff Eagle Council, a non-profit organization formed in 1988 to promote the conservation of Bald Eagles in Central Wisconsin.  As a founding and active member of FBEC, Jeb has been committed to educating the public about eagles and participates in the citizen science research that provides useful information to land managers, farmers and others about important habitat for wintering eagles in the Sauk Prairie area. 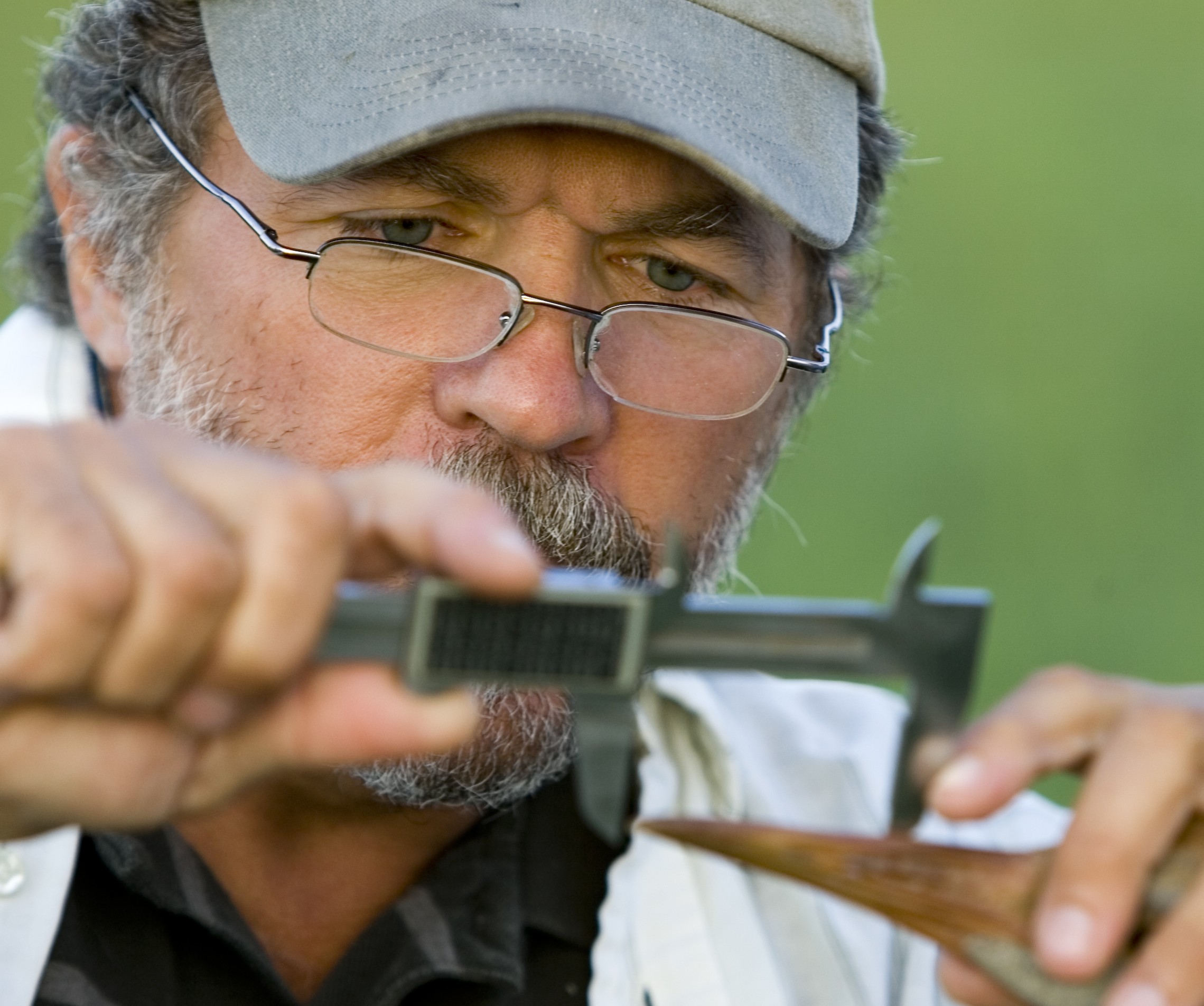 Jim Knickelbine, of Two Rivers, is director of the Woodland Dunes Nature Center and Preserve and formerly chair of WSO’s Education Committee and a member of its board.  When Bernie Brouchoud stepped aside as director for reasons of health, Jim quickly filled the void and carved out a niche, not only in the operation of Woodland Dunes, but in the communities in which it resides.

With quiet persistence, he demonstrated to the leaders of Two Rivers and Manitowoc not only the resource and educational value of Woodland Dunes, but also the importance of protecting the wider and fragile lakeshore habitat. In doing so he brought together city officials, the DNR, the U.S. Fish and Wildlife Service, Army Corps of Engineers and members of the community. With his leadership, Jim has provided incentive for reshaping the lakeshore into a wildlife friendly area and the pride of the lakeshore communities. 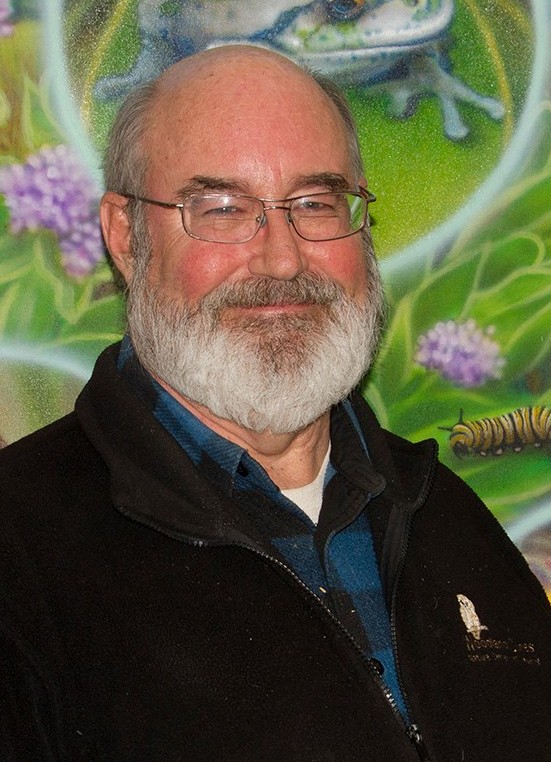 Anita Carpenter lives in Oshkosh and has been a member of WSO and the ABA for many years. She has been a Winnebago Audubon member since it was formed in 1981, serving as vice president, president and a director, a position she currently holds. She is author of both “Flight Feathers,” a bimonthly column in The Badger Birder, and "Badger Tracks,” a column that has appeared in the Audubon newsletter The Lake Flyer for more than 30 years. She also authored a column in Natural Resources Magazine for many years.

Anita was a member of the group that formed Bird City Oshkosh (one of the founding communities in 2010) and has served on the steering committee for Bird Fest for 9 years. She currently volunteers at UW-Oshkosh working with the grounds supervisor on natural landscaping and numerous ways to make the campus much more bird- and insect-friendly. 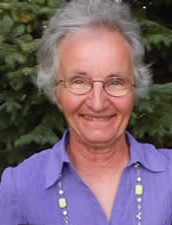 The Noel J. Cutright Conservation Award, originated in 2005 as the Green Passenger Pigeon Award and renamed in 2014, recognizes outstanding contributions to bird conservation in Wisconsin. This year awards will go to Mark and Sue Martin, and Brian Russart.

Mark Martin and Sue Foote-Martin have dedicated decades of service to protecting, growing and promoting native Wisconsin habitats for birds and wildlife (especially those at Goose Pond Sanctuary) and have a rich and varied resume of success in bird conservation. When they began their tenure as the resident land managers, Goose Pond was only about 100 acres in size and included just part of the west pond. Since then, they have helped Goose Pond grow to more than 660 acres, including hundreds of acres of restored prairie and native habitats.

In 1991, they helped acquire the first ever Knowles-Nelson Stewardship grant for nonprofits to help purchase land at Goose Pond Sanctuary. Due to their restoration efforts, the DNR designated Goose Pond Sanctuary and other wetlands as part of the Northern Empire Prairie Wetlands state Important Bird Area. Both Mark and Sue are both retired from work at the DNR. Mark was an avian field biologist, working primarily on improving bird habitat. Sue is best remembered for compiling the “Great Wisconsin Birding & Nature Trail,” a set of five printed guides and an online site devoted to birding in different regions of the state. 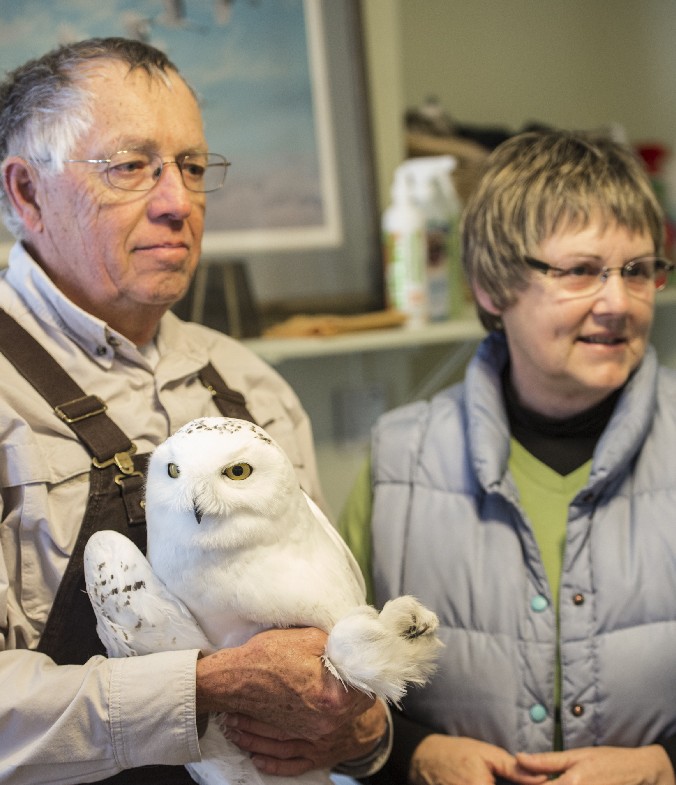 Brian Russart has been Natural Areas Coordinator for the Milwaukee County Department of Parks, Recreation & Culture for the last eight years. He oversees the department’s 10,000-acre Natural Areas Program with a focus on ecological restoration, wildlife research and community engagement. Prior to becoming an urban natural areas manager, he worked as a county conservationist in northern Illinois for nine years implementing USDA Farm Bill conservation programs with rural landowners.

At Milwaukee County Parks, Brian has led his team to accomplish an astonishing number of avian surveys during the breeding season, both before and during the second Wisconsin Breeding Bird Atlas, and as part of the Milwaukee County Avian Migration Monitoring Partnership in 2011 and 2012, during fall and spring migration seasons and on seven county-based study sites.

He is a member of the Wisconsin Bird Conservation Initiative (WBCI) Steering Committee and provides expertise that is shared both within the county and with numerous external partners. 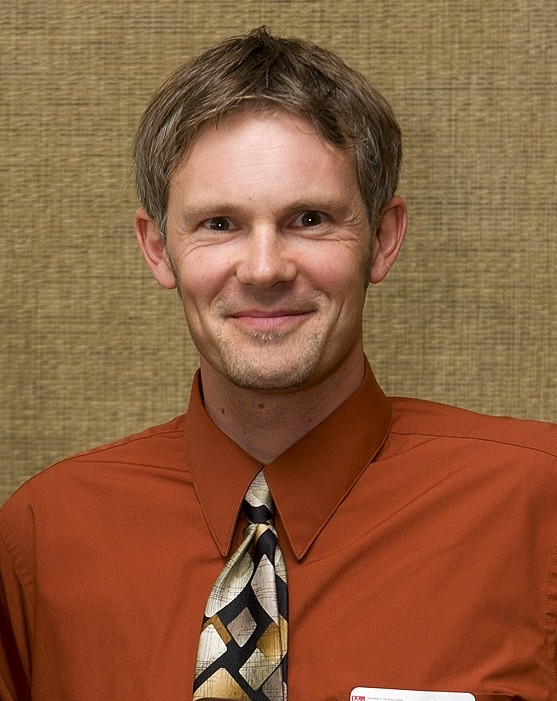 The SILVER PASSENGER PIGEON AWARD, presented to members of WSO for distinguished service to the Society, is being awarded to Mary Uttech of Saukville. Mary served for an amazing 13 years (2001-‘14) as editor of The Badger Birder, using her graphic arts background to help shape the newsletter from a simple 4-page bulletin into a sophisticated and handsome document. From four pages in 1993, the newsletter grew to range from 8 to 16 pages with the addition of monthly field trip reports, profiles, birding hot spot features and reports on the yearly convention, the Society’s annual Passenger Pigeon awards and other Society news.