On Sunday, March 10, about 20 people assembled at the Sheboygan Marina at about 8 AM, for WSO’s annual spring lakefront field trip. We were happy to have seven members of Wisconsin’s Young Birders group and their chaperones participating, too. The weather was chilly but a gusty west winds put a bite to the air – so hats, gloves and a heavy coat were in order.

Most of the Sheboygan Harbor area was ice-covered so we restricted our coverage to our meeting place at the Marina and then on to North Point Park area. We tallied 25 species from these two sites. Notable species at the marina were scope views of an adult Great Black-backed Gull, as well as a few Greater Scaup, Common and Red-breasted Mergansers, Common Goldeneye, two Bald Eagles on the ice beyond the breakwall and three American Robin in the trees by the YMCA. At North Point, we added Lesser Scaup, Bufflehead, seven fly-by Long-tailed Ducks, and an immature Glaucous Gull that made a close pass for an excellent view. 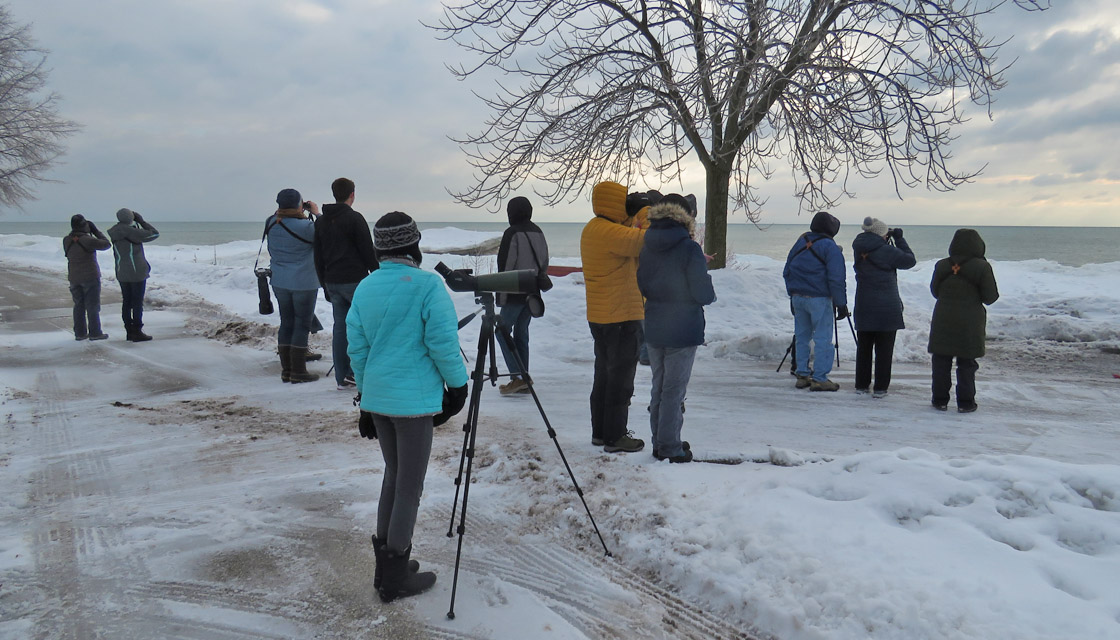 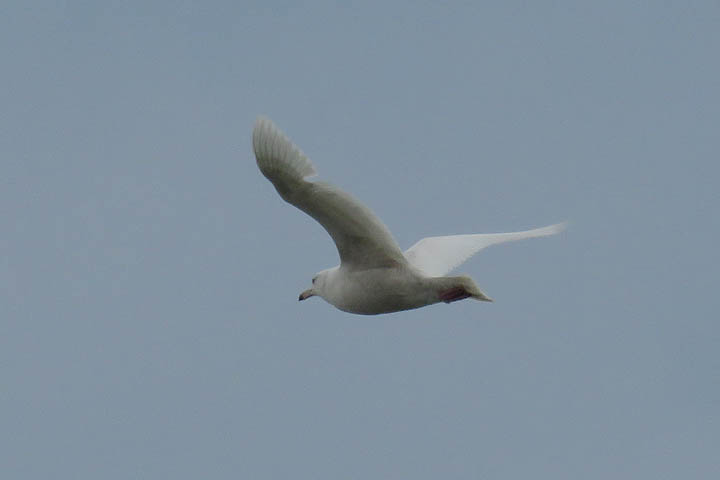 Our next stop was the Greenwing Retention Ponds on the southwest end of town along Hwy 28 (Washington Ave.) east of I-43. This pond is often free of ice throughout the winter and attracts water birds in good numbers. We tallied 12 of species here, including several Canada Goose, American Black Duck, Redhead, Greater Scaup, Bufflehead, and Common Merganser. 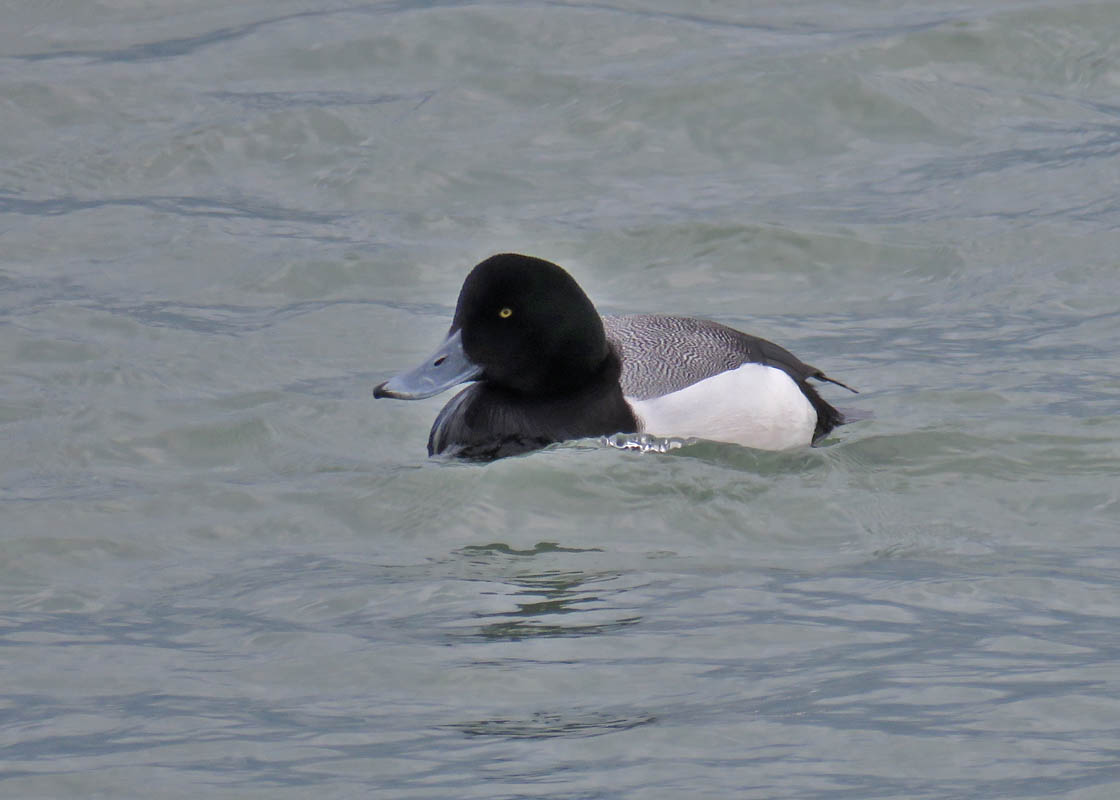 Next, we visited Behrens Parkway Ponds on the far south end of town off CTH OK (South Business Dr.). There were lots of standard waterfowl on the pond but we did add 2 Canvasbacks on the west pond. 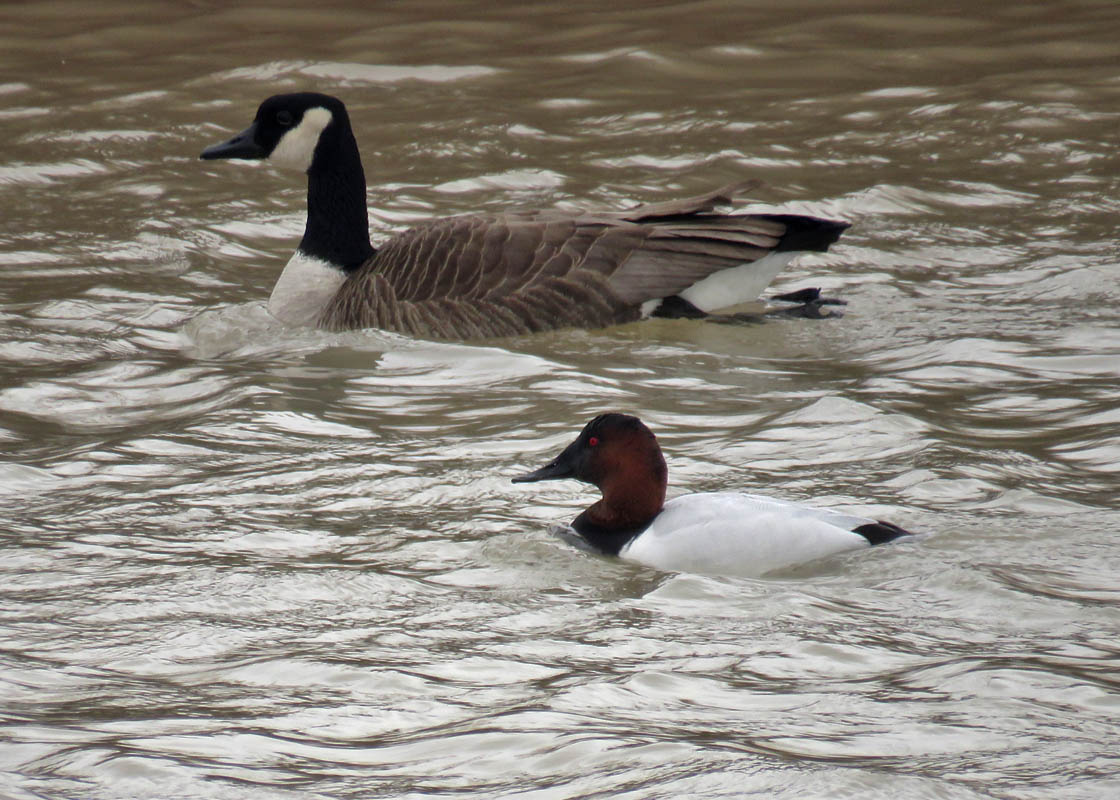 Our next stop was to Indian Mound County Park. A short time after arriving, one of the local homeowners offered us a visit to his backyard feeding station. He had several feeders but very few birds visiting at the time; a couple of Black-capped Chickadees, a Slate-colored Junco and one Red-breasted Nuthatch. We soon discovered why there wasn’t much activity – a Sharp-shinned Hawk came out of the trees and flew right over our heads. It then landed in a nearby tree offering us a nice view but basically nixing our chances of finding many other passerines in the area. We took a short hike through the park on a snowy trail, but only added Red-bellied Woodpecker and several more chickadees. 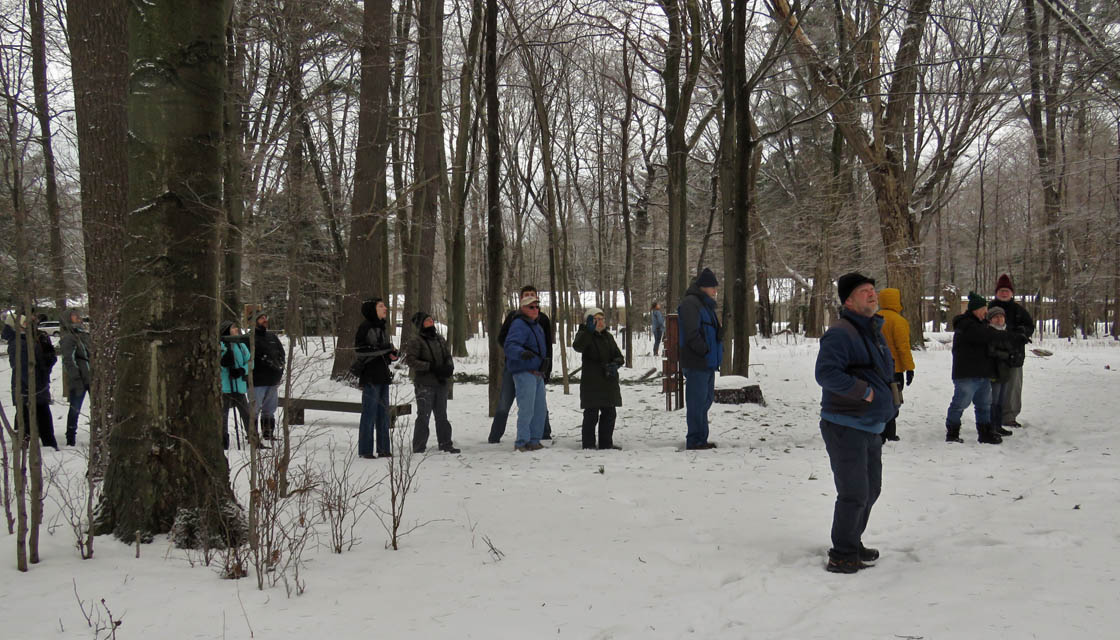 Kohler-Andre State Park was our next stop. A check of the feeders at the contact station yielded several Black-capped Chickadees, juncos, American Tree Sparrows, White-breasted & Red-breasted Nuthatches, and Northern Cardinals. Then our target bird, a Great Tit, made an appearance. First landing in the Tamarac by the feeder and then onto the feeder not more than 20 feet away, affording us great looks at this handsome, foreign, potentially invasive species – in fact, TWO of them were present! Other birds present were Downy Woodpecker, Blue Jay, and American Goldfinch. 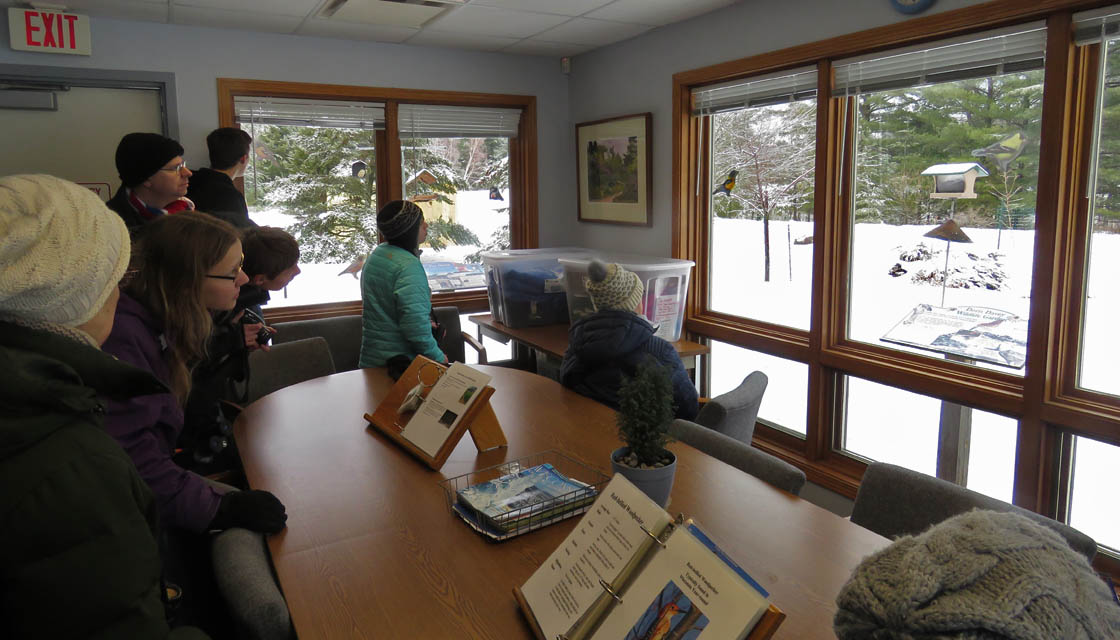 After Kohler-Andre we headed south on the interstate to Port Washington’s Coal Dock Park. Most of the outer harbor and river channel were free of ice, there wasn’t much variety or numbers of birds here.  We found another Great Black-backed Gull and an immature Glaucous Gull, and a couple of Sandhill Cranes flew over the city. We were hoping to relocate the Townsend’s Solitaire that had been seen here recently, but we were unable to find it. From Coal Dock Park a few people made the short hike from the park to the “South Beach” site (south side of the power plant) to check on the Peregrine Falcon nesting box, but unfortunately none were spotted.

Our trip ended at about 12:45 pm. Based upon my eBird tally on the day, we ended with a respectable 34 species and 1808 individuals. We were able to locate a few “good” birds, and it was a great time birding and visiting with friends. Thanks to all the attended, especially the Wisconsin Young Birders group. It was great to have you all along. Thanks to Tom Schultz for co-leading with me. I enjoyed spending the morning with you all.