After a cold and snowy November, December saw temperatures well above normal and most areas received little snow. This warmer than normal weather played a role in allowing insectivores to find food and may have resulted in one of the highlights of the year.

A sharp-eyed birder was driving along a rural Sauk County road and saw what he believed to be a late Eastern Phoebe hawking insects near a house. When he stopped to get a closer look, he was amazed to find an Empidonax flycatcher. Realizing this might be an unusual vagrant, he grabbed his camera and snapped some excellent photos of what will surely be the first state record of a Hammond's Flycatcher.

This discovery occurred during the coldest part of the month, and most thought the bird would quickly move on or perhaps perish. Amazingly it was relocated the next day after a cold early morning vigil and has been seen daily since by dozens of excited birders. The homeowners have been amazingly gracious in allowing birders to park and view the bird on their property. 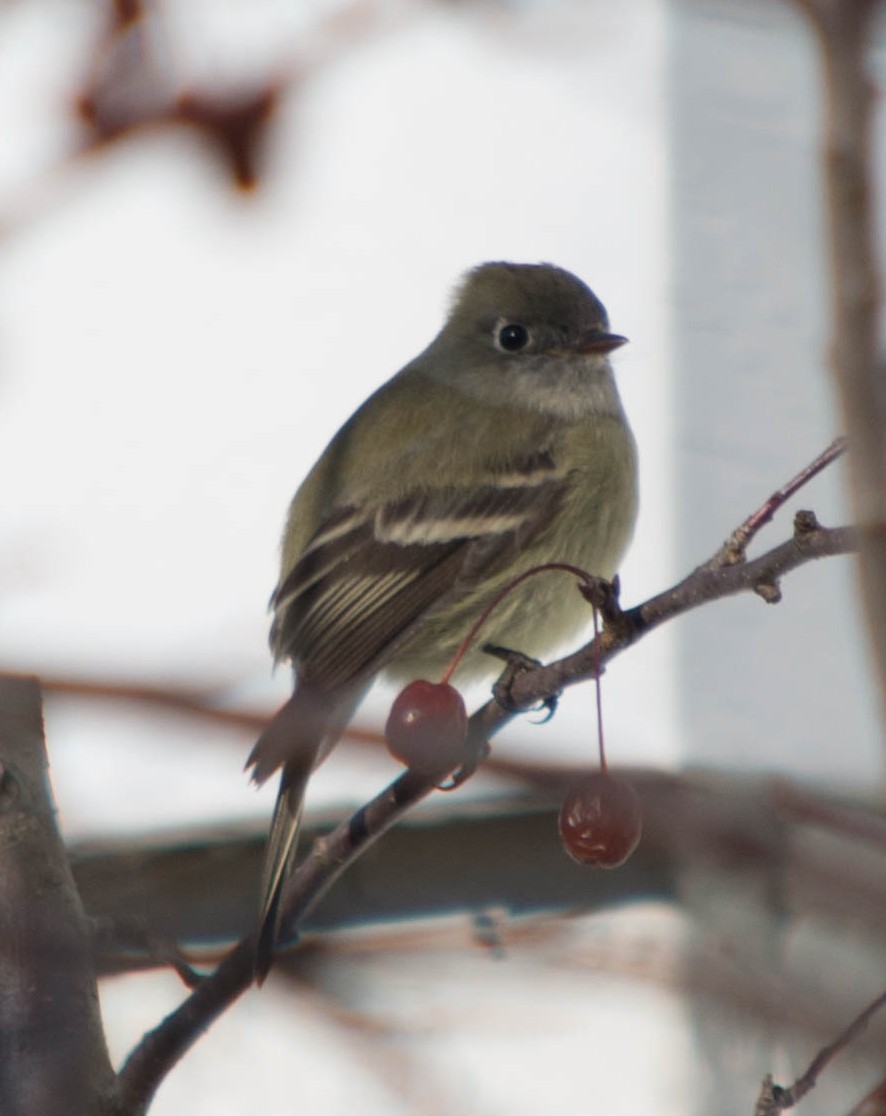 Michael Gray, an active member of the Wisconsin Young Birders Club, had a great day of birding on Dec. 10, managing to see and photograph the Hammond’s Flycatcher in Iowa County and a Townsend’s Solitaire at Devil’s Lake State Park in Sauk County.

The first weekend of the Christmas Bird Counts (CBC) saw temperatures hit 50 degrees in some areas. Probably due to this warmth, a Scarlet Tanager was an excellent find on the Green Bay count. This represents the first winter record for Scarlet Tanager in Wisconsin.

A White-eyed Vireo was found in Madison just prior to the CBC. Ruby-throated Kinglets were seen on a few occasions in Milwaukee through the latter part of the month. A Black-legged Kittiwake was an excellent find inland on the Madison CBC.

Two different Townsend's Solitaires have been found in Brown County and another at the traditional wintering area at Devil's Lake State Park in Sauk County. A Baltimore Oriole was a nice find at a feeder in La Crosse.

The winter finch flight has been quite slow this year, but a Hoary Redpoll was seen in Milwaukee.

Overall it was a quiet month save for a few exceptional records.