The dog days of summer produced a few outstanding rarities.

Horicon Marsh had excellent shorebird habitat and a nice variety of birds. One keen observer photographed a different looking shorebird that he correctly identified as a Sharp-tailed Sandpiper. If accepted by WSO’s Records Committee this would be an addition to the Wisconsin bird list.

This bird was seen for several days but with great irregularity. Fortunately it was relocated after a two day absence by a Wisconsin Society for Ornithology field trip and was enjoyed by a few dozen birders.

The other outstanding find of the season was a Swallow-tailed Kite in Marquette County. This striking raptor was observed for at least 6 days and was quite cooperative. Many have observed its aerial acrobatics as it caught and consumed dragonflies and grasshoppers while in flight. 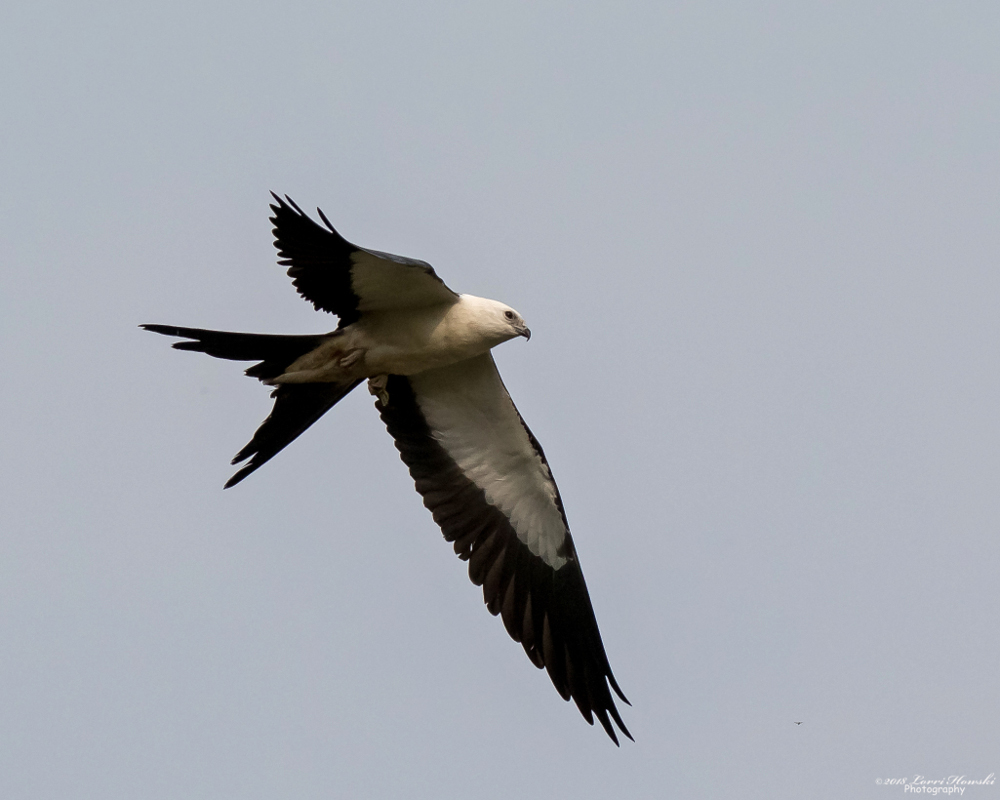 A White-faced Ibis was photographed in Chippewa County during mid-July. A Blue Grosbeak was found throughout the summer at its usual Sauk County haunts. A Black-billed Magpie was seen on a few occasions on Stockton Island in the Apostle Islands chain.

Typical for the season, a Rufous Hummingbird was reported in Walworth, County, so it’s the time to watch your hummingbird feeders closely for vagrants.

In late August, there’s been a large Common Nighthawk flight and a good variety of migrant warblers. Fall migration is definitely underway.

On Aug. 22, some 20 people from the Bay Area Bird Club (led by Nancy Nabak and Jim Johnson) went out to monitor nighthawk movement in the Howard area. They recorded 735 nighthawks along a 5-mile line.