The Saturday night camping and cookout event didn’t work out (weather intervened!) but in all other respects the 2018 Honey Creek Birdathon/Bandathon was a great success.

Mary Korkor, WSO’s new vice president and development chair, reports that the Mother’s Day event raised more than $15,000, thanks to the generous response to an all-member mail appeal that sought to broaden the base of support for ongoing habitat maintenance and restoration efforts at the 372-acre preserve in the Baraboo Hills of Sauk County. The record total was 50% more than the $10,000 goal set for the event. 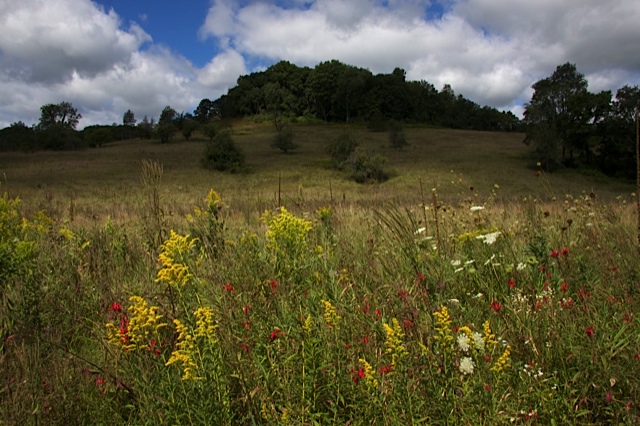 Funds are used to cover the preserve’s property taxes, to pay for removal of invasive species, for maintenance of trails and the Cox Nature Center. “It was a big success despite the weather and this was really needed with the new 105-acre Dischler Addition. I think we are off to a great start!” Korkor said, vowing to try again next year with plans for a potluck picnic and camping around the fire pit.

Honey Creek is designated a State Natural Area and provides habitat for some of the state’s rarest and most beautiful birds. Over 170 species have been documented on the property. University of Wisconsin Madison Professor Anna Pigeon led the netting and banding effort, while WSO Field Trips Co-chair Tom Schultz led the birdathon activities. Here are their reports:

The weekend was chilly, with thunderstorms on Saturday evening. However Sunday May 13 dawned warmer than anticipated, with the temperature at 52 degrees at 7 a.m. The diversity of species that we mist-netted was high, with greater numbers of warblers than in recent years. We banded 31 individual birds, representing 18 species. Notable among them were three Golden-winged Warblers, six Northern Waterthrush and one each of Magnolia, Orange-crowned, and Tennessee Warblers, plus Least Flycatcher, Veery, and Rose-breasted Grosbeak. 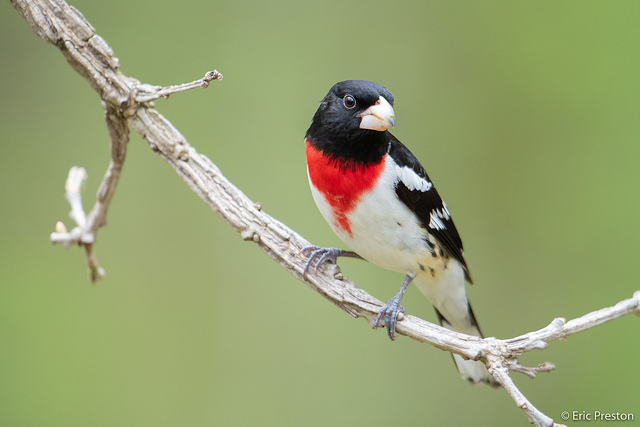 The banding team worked steadily through the morning, and included sub-permittees Ashley Hannah and Maia Persche, and Melissa McDonald. It was clear that those who observed the birds in the hand were delighted to see these precious gems up close. The audience who participated in releasing birds after they had been measured and banded ranged from preschoolers, assisted by their parents, to octogenarians. -- Anna Pigeon

This year’s Birdathon started under dark and drizzly skies in the predawn hours, with fairly cool temperatures in the 40s. Fortunately, the sprinkles ended fairly early, although the sky remained cloudy. Several owls could be heard calling – Eastern Screech, Barred, and Great Horned – and both woodcock and snipe were performing their courtship displays. Soon other birds were starting to be heard, as the darkness slowly began to lift. Northern Cardinals and Blackcapped Chickadees were singing their songs of spring, and the loud and boisterous notes of Northern Waterthrush could be heard from the surrounding wetlands.

Several of us worked our way up the Honey Creek trail, which was quite muddy in several places from all the recent rains. Many more species were added to the day’s list, including Blue-winged and Blackburnian Warblers, and the distinctive jumbled song of a Louisiana Waterthrush also was heard further up the stream (and later we got to see one pretty well during our official hike up the Honey Creek Valley). We wrapped up the early hike around 7:30 or so, with about 60 species.

Around 8 a.m. those interested in participating in the hike up Honey Creek Valley gathered at the trailhead on Skyview Drive – a group of about 15. Tall boots were definitely in order, with a number of muddy and wet spots along the trail – not to mention the stream crossings through water nearly a foot deep in places! The group added a number of birds to the list, including an Olive-sided Flycatcher spotted near the Cox Nature Center, so the final total for the day was 78 species. --Tom Schultz