It was a pretty nice morning as folks began gathering along White River Road. The sky was clear and the temperature was chilly, but at that point in the day the winds were still pretty light. As folks were getting out of their cars there was quite a bit of early morning sounds emanating from the marsh. American Bittern was “pumping”, Soras were whinnying, Sandhill Cranes were unison-calling, Canada Geese were honking, a pheasant was crowing, and a Wilson’s Snipe was “winnowing” overhead. Song and Swamp Sparrows were sounding off, along with Red-winged Blackbirds, American Robins, and a cardinal. 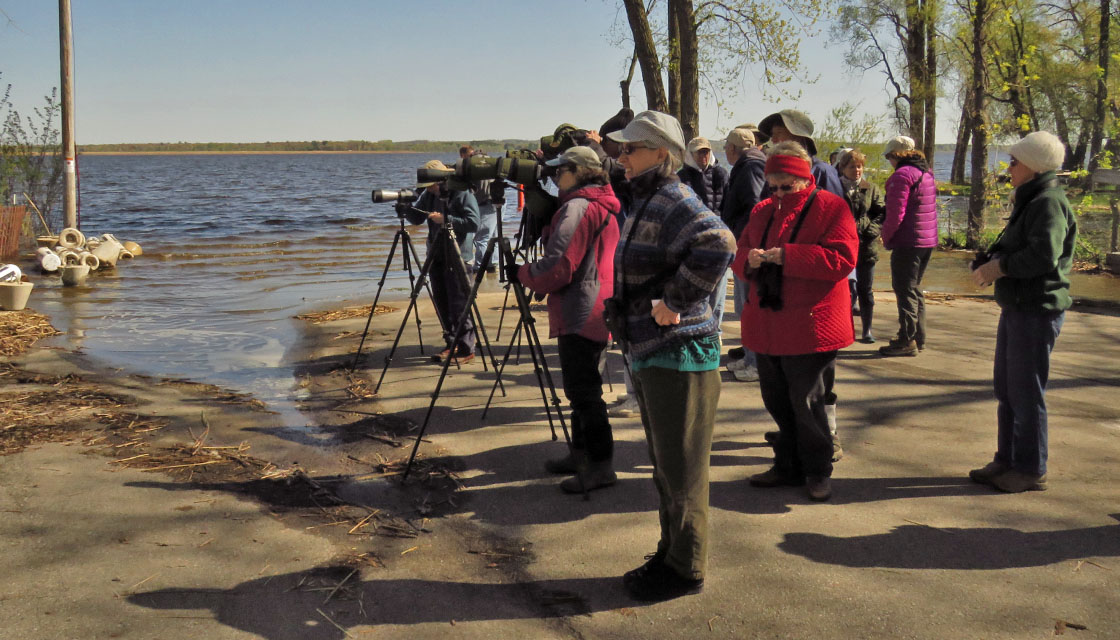 We started hiking along the gravel road to the west, and soon could hear Marsh Wrens and then Sedge Wrens adding to the chorus. A few Virginia Rails were calling, and Mallards and Blue-winged Teal flew by – along with occasional cranes.

The group was a little more hushed than normal, as I knew we weren’t far from the first Whooping Crane nest in White River Marsh in well over 100 years – and we didn’t want to disturb them. For that reason, we also didn’t walk down to the oak island as we usually do. (Additional note: Sadly, we learned that this crane nest was lost – predated by a coyote just two days later on the evening of May 8th). We heard Yellow Warbler and Common Yellowthroat, and then turned to head back to our vehicles.

From there we drove to Hopp Road, where a large flooded area was hosting a nice group of shorebirds – including Greater and Lesser Yellowlegs, Dunlin, Pectoral and Solitary Sandpipers. Great Blue Herons were present, along with a Bald Eagle, a Red-tailed hawk, several ducks and geese – and a Sora was also spotted.

We continued around Big Island Road, where we added Eastern Meadowlark, Bobolink, and Vesper and Henslow’s Sparrows, and then a stop at the White River Bridge yielded Yellow Warbler, Ovenbird, Blue-gray Gnatcatcher and a couple of Veeries. We then traveled around to the west end of White River Road and heard Pine and Prothonotary Warblers and a Rose-breasted Grosbeak. 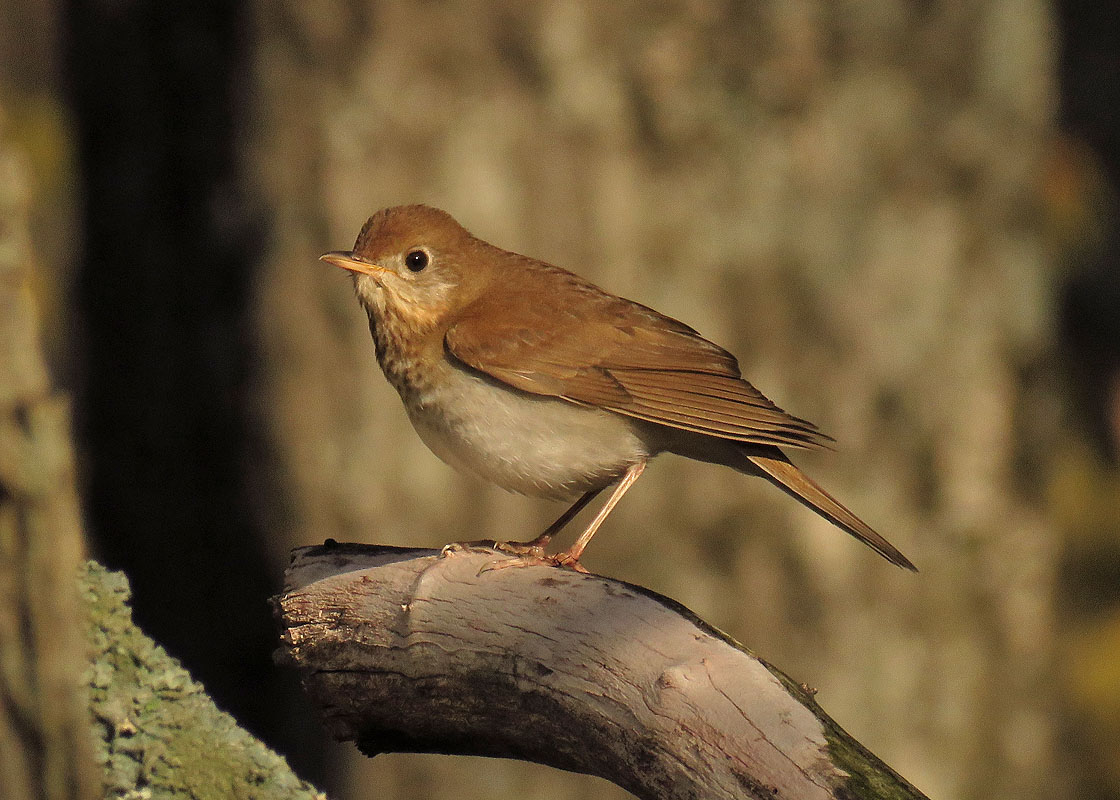 Along the way to Princeton we stopped at a young pine plantation and were able to hear a singing Clay-colored Sparrow, and then we continued on to a restroom stop at the BP station.  There we were treated to the sight of four Ospreys, all flying in the vicinity of a new nest on one of the tall lightpoles at the Princeton High School football field.

Our next stop was Lake Puckaway, at the village of Marquette.  A Warbling Vireo was serenading us from the nearby trees as we parked, and on the lake we could see Great Egrets, Double-crested Cormorants and Forster’s Terns.  A couple of distant Common Terns were also picked out by their grayer wings.  Both of these terns species nest on this lake.

From there we drove to the northern part of Grand River Marsh, where the highlight was spotting a Trumpeter Swan sitting on her nest.  She slinked off soon after we arrived, but we were glad to see that she soon returned to continue her motherly incubation duties.

Our next stop was a large pond on Lake Maria Road, where we found another Trumpeter Swan, a few Canada Geese, and several species of ducks, including Gadwall, American Wigeon, Lesser Scaup and Ruddy.  Only a few shorebirds were also present, like Greater Yellowlegs and Spotted Sandpiper.  At Lake Maria County Park we added a few waterfowl, including Redhead, Bufflehead, Hooded and Common Mergansers, and Ruddy Duck. Other birds observed there were Horned and Pied-billed Grebes, and American White Pelican.

We finished our day at some shorebird ponds along Miller Road and Hwy. A, but unfortunately the only birds of interest were Lesser Yellowlegs and Brewer’s Blackbirds.