Back in 2010, Tim Vargo, manager of research and citizen science at Milwaukee’s Urban Ecology Center, issued a challenge to UEC members to see who could find the most species of birds within walking/biking/canoeing/kayaking distance of their home.

Tim received an enthusiastic response from Southeastern Wisconsin birders and teamed up with Owen Boyle, species management section chief with the Wisconsin Department of Natural Resources, to expand the challenge statewide as the Wisconsin Green Birding Challenge, which has just entered its sixth year.

This self-propelled Big Green Birding Year has grown slowly, and in 2014 included 25 competitors committed to green or carbon-neutral birding focused on lists generated by human power with the associated benefits of reducing greenhouse emissions, increasing exercise and coming to know and appreciate the birds in your own neighborhood.

According to the U.S. Fish and Wildlife Service, birding is a $100 billion industry with 50 million birders in the U.S. alone. Tim blogged then that “if even a small percentage of them considered using more people-power to get to the birds (or carpooling or public transit or fuel-efficient vehicles), the color of birding would turn a much deeper shade of green.”

Boyle recently announced that the fifth competition had been won by Ross Mueller who BIGBYed 230 species in Outagamie County in 2014. “Perhaps more remarkable than Ross’s year-leading species total was his awesome 2,269 carbon-free miles traveled in pursuit of birds (only surpassed by 2011 champ Daniel Schneider’s 2,559 green birding miles),” Boyle said.

All together, challenge participants found 269 species without the use of fossil fuels in 2014. The challenge has produced a different champ each year:

Interested in taking part in the challenge? Email wisbigby@gmail.com. A limited number of participants can be added in 2015,  but Boyle and Vargo are working to transfer the challenge (now maintained on a Googledocs spreadsheet) to the Wisconsin Society for Ornithology as part of our recently upgraded website. This improvement will greatly expand the capacity of the challenge so that anyone will be able to participate starting in 2016. 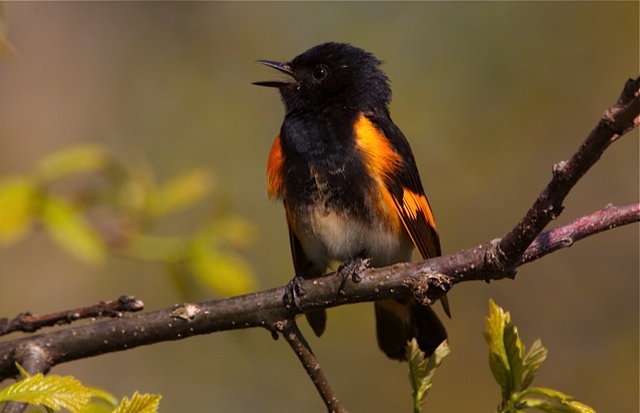 As for the 2014 winner, Mueller has been a birder since third grade and a biker since fourth. “I retired from the medical profession in 1995 and I’m 74 years old. Heard about BIGBY in April 2013 and tried it that year and loved it. Definitely ecologically sound,” he says.

In all those miles last year, Mueller says he had just one flat tire and no bad dog experiences. He has a touring bike with fenders and saddlebags that let him carry his good scope and tripod; he uses a harness with his binoculars.

“Extremely helpful was my own yard near the Fox River in Appleton which I’ve been ‘birdscaping’ for decades, as were members of our Northeast Wisconsin Bird Club. They were reliable sources of good information.”

Baughman, another 2014 participant and previous winner, said his 2014 highlight was the Kentucky Warbler he got heading to Manitowoc from Sheboygan along Lake Michigan on County LS.

“It was about 9 a.m. and all of a sudden I heard the Kentucky Warbler call .... once. He was quite far away. I thought to myself, “No way.” I turned my bike around and after a few minutes he called again. Closer this time. I don’t think I would have heard him from a car. You can be very quiet riding a bike. You can hear so much more.”

Schneider, 2011’s champion, offers still another perspective: “I’ve had to change my BIGBY strategy since becoming a father in late 2013. ... Nowadays, I have to let the birds come to me. ... I’ve been focusing on creating a diverse, natural, bird and wildlife friendly environment right here in my yard.  “I’ll likely never BIGBY 200+ species from my yard, but the satisfaction gained from drawing in 133 species (in 2014) to the habitat I’ve help create is unsurpassed. “