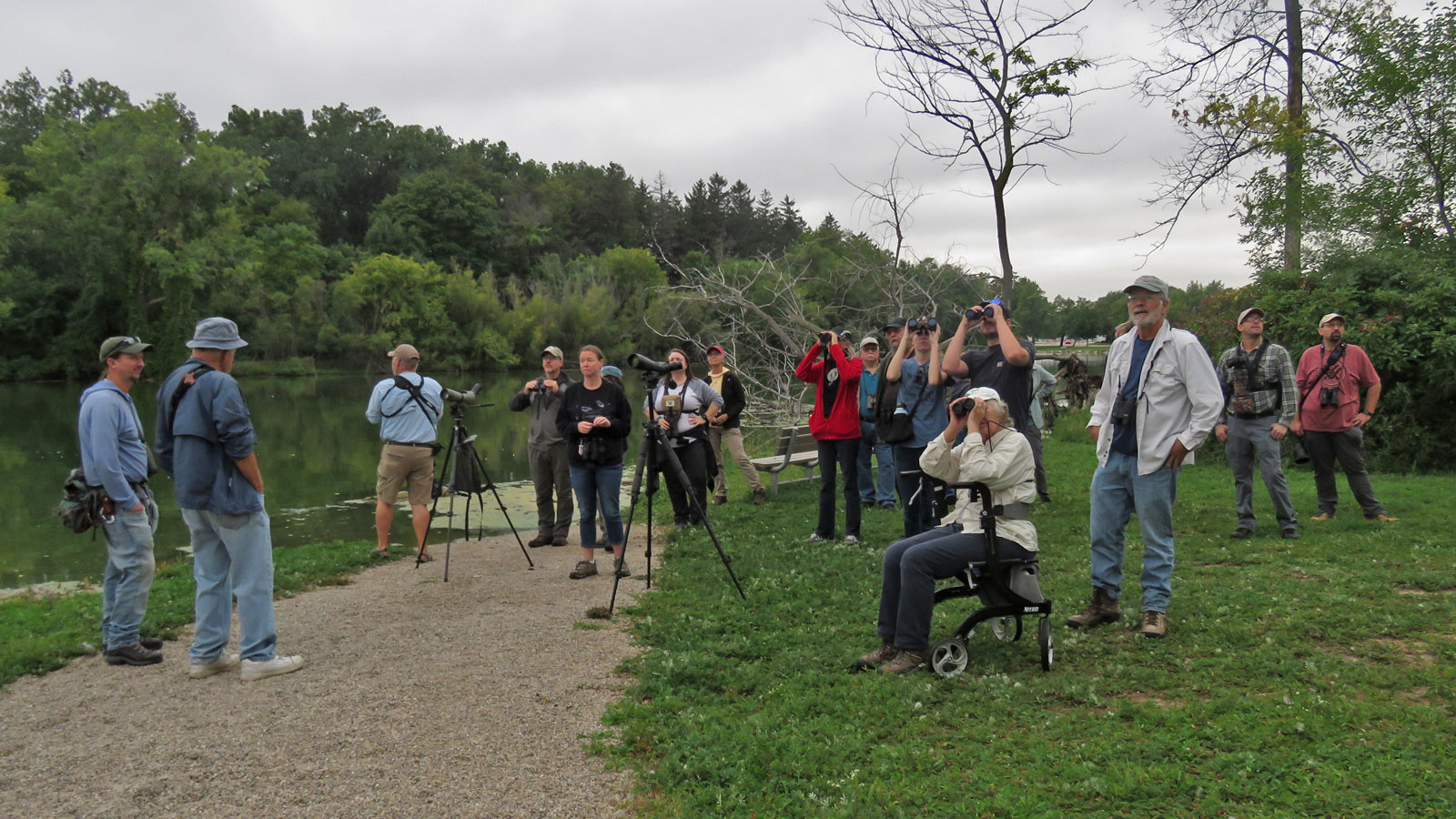 Attendees arrived at Bay Beach wildlife Sanctuary in Green Bay under cloudy skies, with a cold front just arriving.  Rain heading our way from the northwest, but fortunately the morning remained dry.  The temperature was in the mid-60s, and the wind was from the north about 5-10 mph.

7:00 AM was our meeting time, and we gathered along one of the lagoons not far from the parking lot.  The Bay Area Bird Club was also arriving for their field trip at the same time, so our WSO group separated from them to take attendance.

We observed a couple of BLACK-CROWNED NIGHT-HERONS at the lagoon, an adult and an immature, and then a MERLIN was spotted perched up on a tall dead tree and we were able to get scope views.  A CASPIAN TERN flew over our group, as well as several AMERICAN WHITE PELICANS.  A BAY-BREASTED WARBLER was spotted moving through the nearby trees, although the leaves made it difficult for all to get good looks. 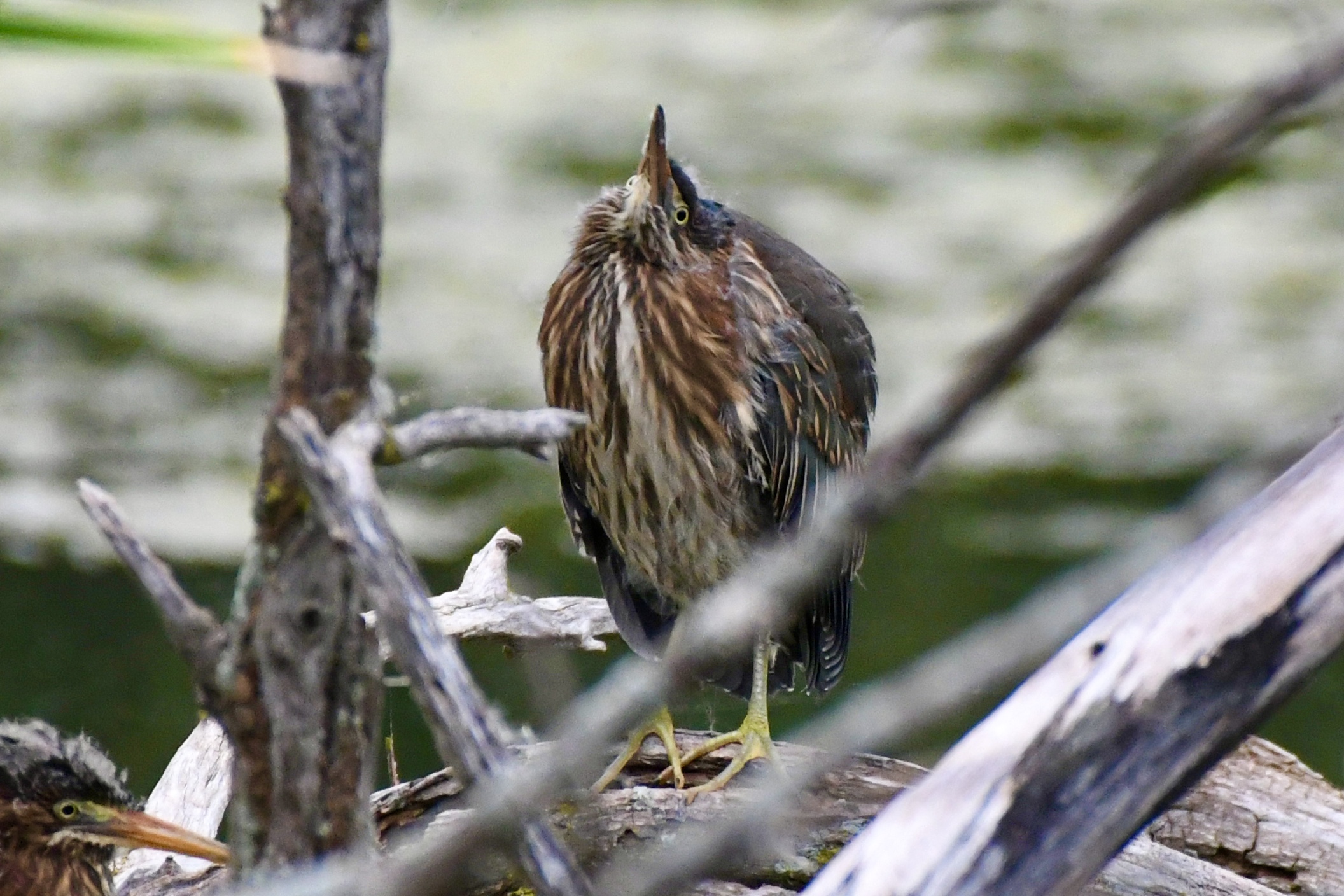 After a short time we walked along one of the trails to an adjacent lagoon, where a couple of juvenile GREEN HERONS were perched.  They were still young enough to have some downy feathers still present on their heads and backs.  A BELTED KINGFISHER flew by, and we were starting to spot a few WARBLERS moving through the nearby trees.

This turned out to be the start of a pretty nice day for migrants, with decent numbers of them moving all around us.  It was unfortunate that the overcast skies made for poor lighting and many of them were high in the tree canopy, but eventually we were able to record a pretty nice list of warblers. 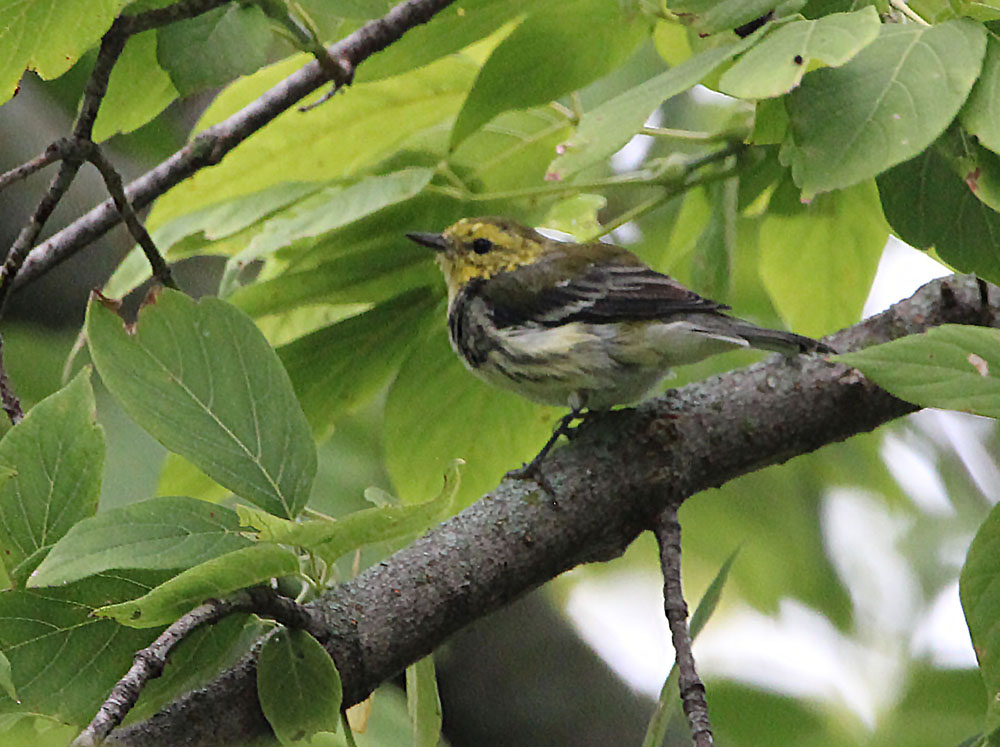 The most numerous of them were TENNESSEE, AMERICAN REDSTART, BLACKPOLL, and MAGNOLIA, but we also found NORTHERN PARULA, NASHVILLE, BAY-BREASTED, BLACK-THROATED GREEN, CAPE MAY, WILSON’S, BLACK-AND-WHITE, NORTHERN WATERTHRUSH, and OVENBIRD – I believe 14 species altogether.  I’m sure we missed others, however, since the poor light made it difficult to positively identify every bird we saw moving through the trees.  We were pleased, however, since it sounded like this was the best warbler day they’d had at Bay Beach Sanctuary so far this fall! 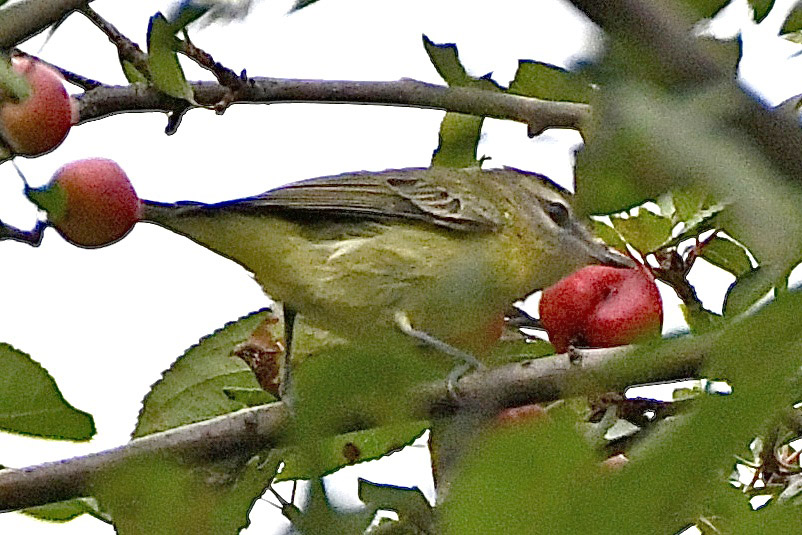 A number of VIREOS were also heard or spotted, including RED-EYED, WARBLING and PHILADELPHIA, with the latter always a crowd favorite.  Other passerines of interest included BLUE-GRAY GNATCATCHER, RED-BREASTED and WHITE-BREASTED NUTHATCHES, GRAY CATBIRD, LEAST and GREAT-CRESTED FLYCATCHERS, and a few CEDAR WAXWINGS.  CHIMNEY SWIFT and RUBY-THROATED HUMMINGBIRD were also observed.  At one point we encountered a WILD TURKEY that was only interested in bumping and banging against its reflection in windows at the nature center – and seemed to take little notice of our presence nearby! 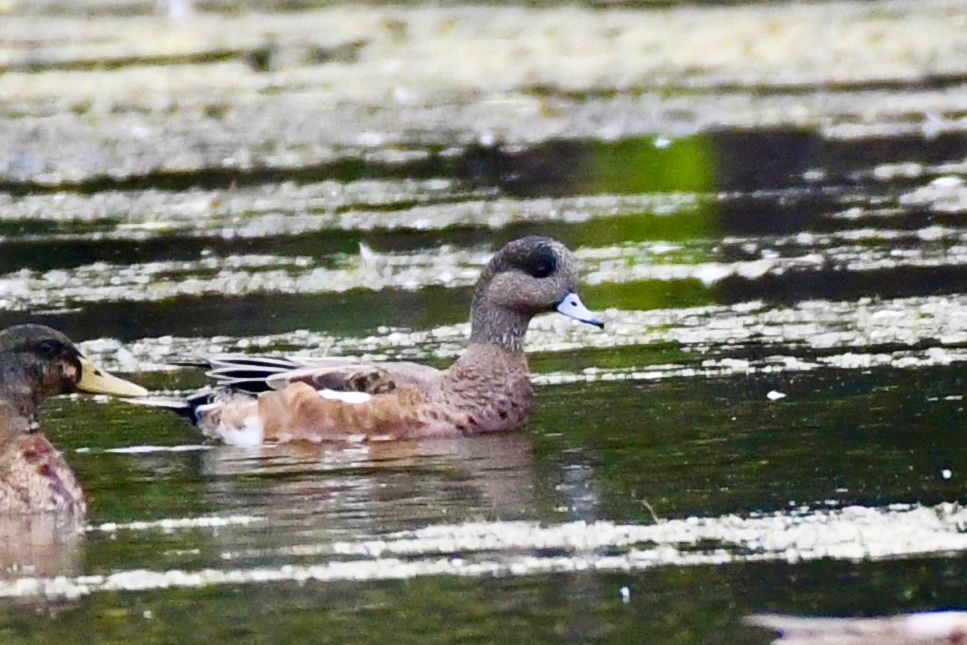 We left Bay Beach a little after 10 AM, and drove west to a wetland along Reformatory Road near Oneida.  Some other birders who were already there told us that a MERLIN had flown through just a short time before, so the shorebirds that had previously been present had scattered and disappeared.  We checked the birds that were still present and found MALLARDS, BLUE-WINGED TEAL, AMERICAN WIGEON, NORTHERN SHOVELER, WOOD DUCK, and PIED-BILLED GREBE, and a NORTHERN HARRIER was spotted flying in the distance.

Within about 15 minutes or so the shorebirds began to return, led by a couple of GREATER YELLOWLEGS, then followed by about fifteen STILT SANDPIPERS and a lone SHORT-BILLED DOWITCHER.  Other birds spotted included BARN SWALLOW, ROSE-BREASTED GROSBEAK, CHIMNEY SWIFT, CEDAR WAXWING, and HAIRY WOODPECKER.

We wrapped the field trip up around 11:30, very pleased with the bird activity we’d had – and pleased that the approaching rain showers had held off until our field trip!  Thanks to everyone who participated, and to Jeff Baughman for co-leading this event.