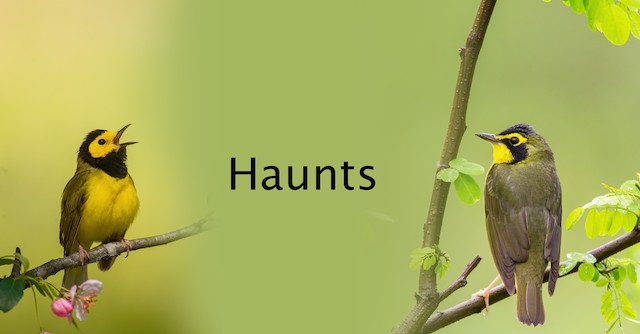 The Wisconsin Society for Ornithology is proud to unveil the latest edition of the state’s original and most comprehensive bird-finding resource: Wisconsin’s Favorite Bird Haunts – in its first ever online and interactive format.

Since its inception, Haunts has been considered a premier Wisconsin birding resource. The selected sites in the latest edition, chosen by 110 local experts in each of Wisconsin’s 72 counties, cover all of the prime birding destinations in the state – from Crex Meadows State Wildlife Area in Burnett County and Horicon National Wildlife Refuge in Dodge and Fond du Lac Counties (considered by many to be the two best single birding destinations in the state), to lesser known and exciting locations like Cook Arboretum in Rock County.

It’s pretty easy to get around the new Haunts: If you are new to the state (or county), click on the map to explore almost 900 birding hotspots across Wisconsin. Clicking on a county will take you to a listing of hotspots in that county. Click on any hotspot to access the site description. 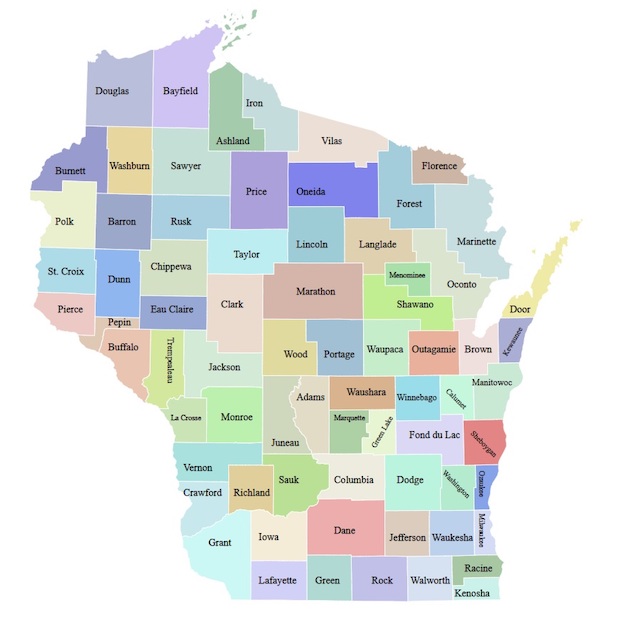 Each site is easily-accessed in a simple standardized format: First comes the eBird link, followed by a brief description of the vegetative habitat, an expert assessment of the most interesting bird species you might encounter there, and both written and interactive directions to the property. 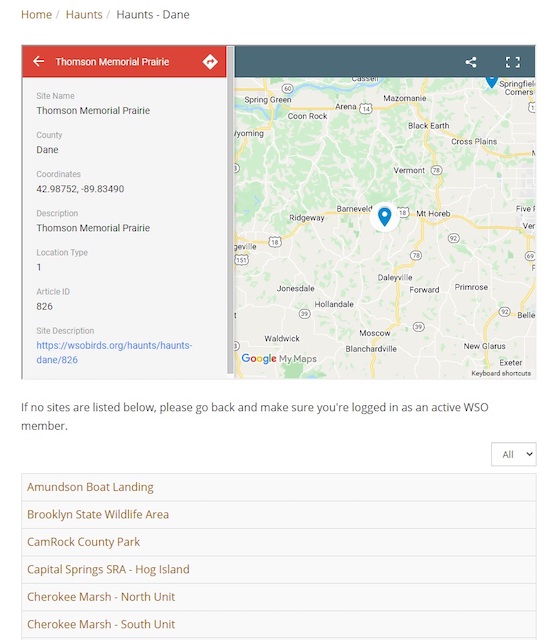 We’ve made several improvements to this edition. All sites have been updated to accurately reflect current conditions and bird populations. We’ve organized the descriptions so that they are economical, orderly and easy to read. We’ve restricted the listing of common species readily encountered throughout Wisconsin, as well as resisted including tempting, yet extreme, rarities, so that a visitor can assess each site with realistic expectations. 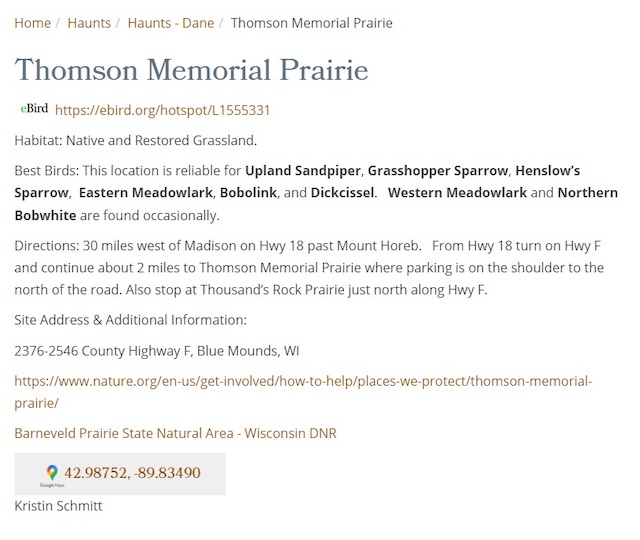 The first edition of Wisconsin’s Favorite Bird Haunts, compiled by the legendary Sam Robbins, was published by WSO in 1961. It passed through multiple printed revisions, all of them compiled and edited by Daryl Tessen, until the 5th edition was made available in 2020 as a set of downloadable PDF documents for each region of the state. But that information was only current as of the last year of the printed publication (2009).

The latest online and interactive compilation was edited by Sheboygan County’s Carl Schroeder, who recruited and directed the regional authors, and Eau Claire’s Steve Betchkal, who helped shape the site formats.

It takes about eight hours to drive from Superior, in the northwest corner of the state, to Kenosha in the southeast. In between are forests dominated by maple, hemlock, hickory, pine, or oak; cattail marshes, tumbling rivers, and odd floating Black Spruce bogs; a view upon two Great Lakes and twenty thousand others; meadows trimmed in Big Bluestem and Indiangrass; sheer limestone bluffs shaggy with "goat prairies” – even Prickly-Pear Cacti. We hope you’ll find this tool helpful as you explore the state’s natural resources.

The new online Haunts is available to WSO members only. Not a member? Make it a point to join today!