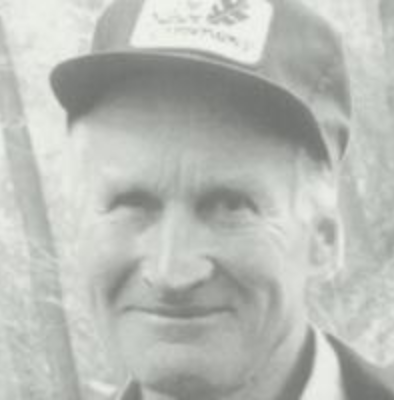 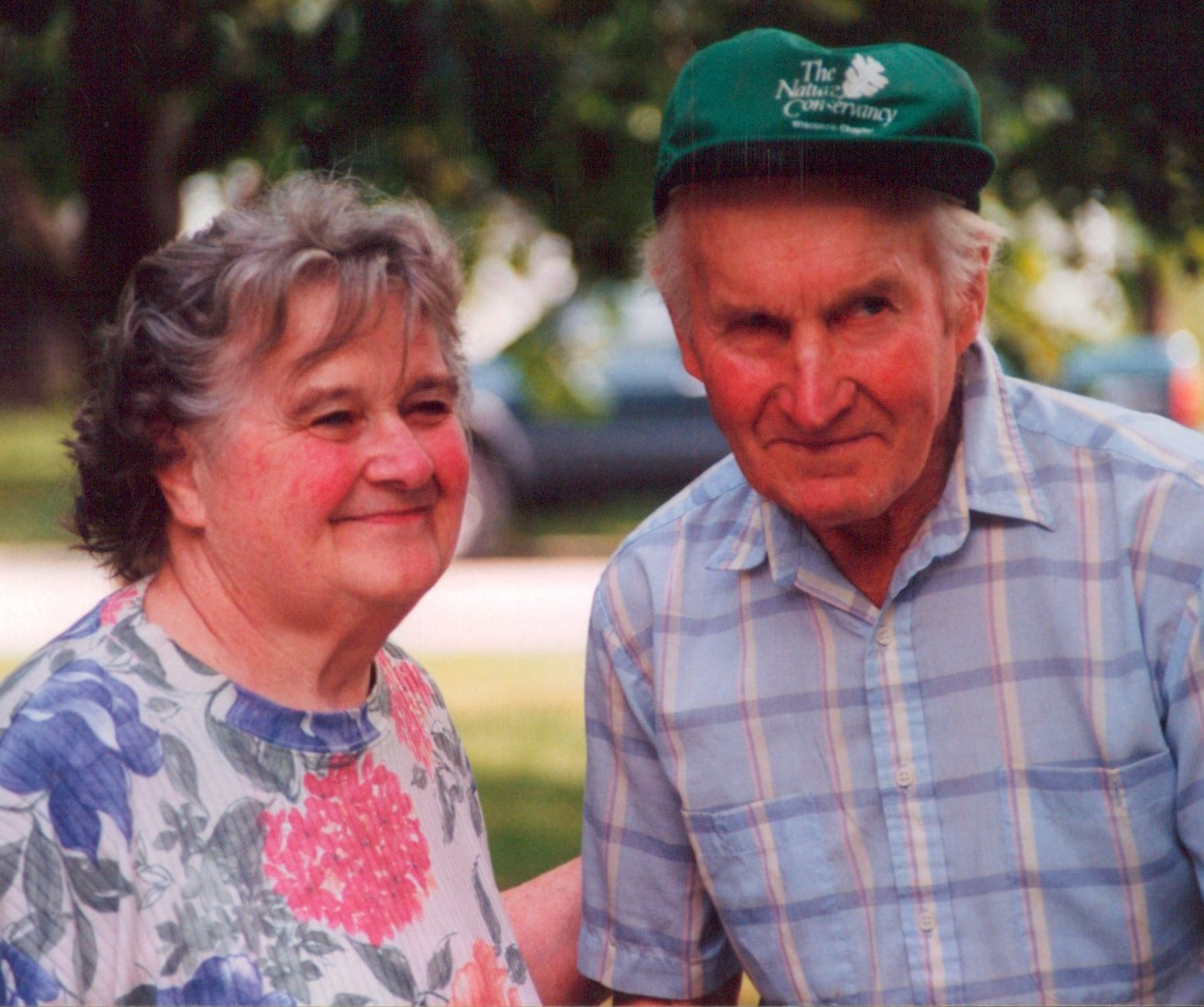 By Rebecca Gilman
WSO is pleased to announce that this year’s fundraising campaign for our Honey Creek Preserve will be held in honor of Harold G. Kruse, whose tireless conservation efforts led to the creation of the preserve and to the permanent protection of more than 8,000 acres of the surrounding Baraboo Hills.

Our tribute to Kruse, which will culminate in the annual birdathon/bandathon at Honey Creek on June 18, is inspired by a generous gift in his honor from Bettie Harriman, former WSO Board president, long-time editor of The Passenger Pigeon and co-author of the Wisconsin Breeding Bird Atlas I.

Harriman’s gift marked the 10th anniversary of Kruse’s passing in July of 2011 at the age of 86. “We can’t forget those folks who came before us and did the work,” Harriman said recently when speaking of the drive to honor Kruse. “I don’t know if WSO would have owned any property at all if it hadn’t been for Harold.”

For those who were fortunate enough to know Kruse, the tribute will come as no surprise. After his discovery of the Honey Creek Valley in the 1940s, he vowed to preserve it. In the ensuing years, he functioned as an ambassador to Sauk County’s Baraboo Hills region, negotiating with landowners and arranging the initial land acquisitions by WSO and The Nature Conservancy (TNC) that now protect one of the largest tracts of unfragmented forest in the Upper Midwest.

But while Kruse is widely credited with the land’s protection, Harriman says he never would have expected a tribute in his honor. “He would be too modest to say he was a powerful driving force for preserving what’s the best in nature in Sauk County,” Harriman explains. “He would say ‘WSO did it, or TNC did it. They made it happen.’ And of course, they secured the funds because that’s what they do. But where did they get the impetus? The initial introduction to the land? The constant, very polite push to protect it? They got it from Harold.”

A child of the Great Depression, Kruse grew up on Hickory Hill Farm two miles south of Loganville, Wis. In his memoir, “Birds in My Life: Wanderings and Wonderings of a Farmer-Naturalist,” Kruse credits his love of nature to his mother, an avid gardener, and his father, an enthusiastic fisherman and hunter – and to his small country school. Because the school had no bus, he walked over a mile each way to attend classes. But Kruse never saw the lack of bus service as a hardship. Instead, he remained grateful all his life for the opportunity to be “in close touch with field and woodland, and all the fascinating plants and wild creatures found there.”

As Kruse grew older, his walks took him further afield. On long weekend rambles with his dog, Rover, Kruse discovered Honey Creek Valley and fell in love. From that moment on, his free time was spent exploring the diverse ecosystems of the surrounding hills: the tamarack and alder bogs, the upland hardwood forests, the alder thickets, the hemlock and pine relicts, the sedge meadows, dry prairies and cattail marshes.

While still a high school student in Reedsburg, Kruse joined WSO and began submitting bird observations from Hickory Hill to The Passenger Pigeon. World War II was raging when he graduated, prompting him to postpone college and work on the farm under an essential industry deferment. He continued his nature studies on his own and by the time the war ended, he writes, “I had set my overall goals in life – to do what I could to leave this Earth a more beautiful place than it was when I came into the scene.”

To that end, Kruse enrolled in the two-year Agriculture and Wildlife Management program at UW-Madison. Sadly, he missed studying with Aldo Leopold, who died a few months before Kruse began coursework. But he was able to study with many of Leopold’s peers and thoroughly embraced his land ethic.

After completing the program at UW, Kruse found a partner and kindred spirit in Carla Oschsner, who also grew up on a farm in Sauk County, loved the natural world and shared Kruse’s dedication to organic farming. They were married, started a family, and together began a life of sustainable agriculture and environmental activism. Kruse began leading field trips at Honey Creek, and it was on one of those trips, in 1956, that the idea for the WSO Honey Creek Preserve was born.

In his “Natural Areas in the Baraboo Hills,” Kruse recalls leading a group of birders that included WSO President Stanley Polocheck on a walk on “a delightful June day” when “blue phlox carpeted the valley” and “goldfinches were everywhere.”  Inspired by the abundance of bird species observed that day, WSO decided to begin purchasing land at Honey Creek. The first purchase of 30 acres in 1960 quickly led to acquisitions that now comprise over 370 acres, including the David and Mabel Cox Nature Center, which was designed by Kruse and completed in 1971. That same year, the Harold and Carla Kruse Honey Creek Nature Preserve was designated a State Natural Area.

Over the years, Kruse’s Honey Creek field trips became the highlight of the annual birdathon/bandathon. By all accounts, Kruse cast a spell on those treks. Harriman counts her walks with Kruse among her fondest memories. “Harold, in his quiet way, was absolute magic – you could feel his love for that valley radiating as he talked about it. He spoke of Honey Creek with pure joy and before long, everybody felt it.”

We hope WSO members will attend this year’s birdathon/bandathon on June 18 and join us in celebrating Harold Kruse with a gift to our annual Honey Creek Campaign. The day promises to be both a celebration and a reunion after two long, pandemic years. In the words of Kruse himself, “For an unforgettable experience, come to Honey Creek some calm June morning before sunrise to hear the dawn chorus.”  We’ll be doing just that, and we hope to see you there! 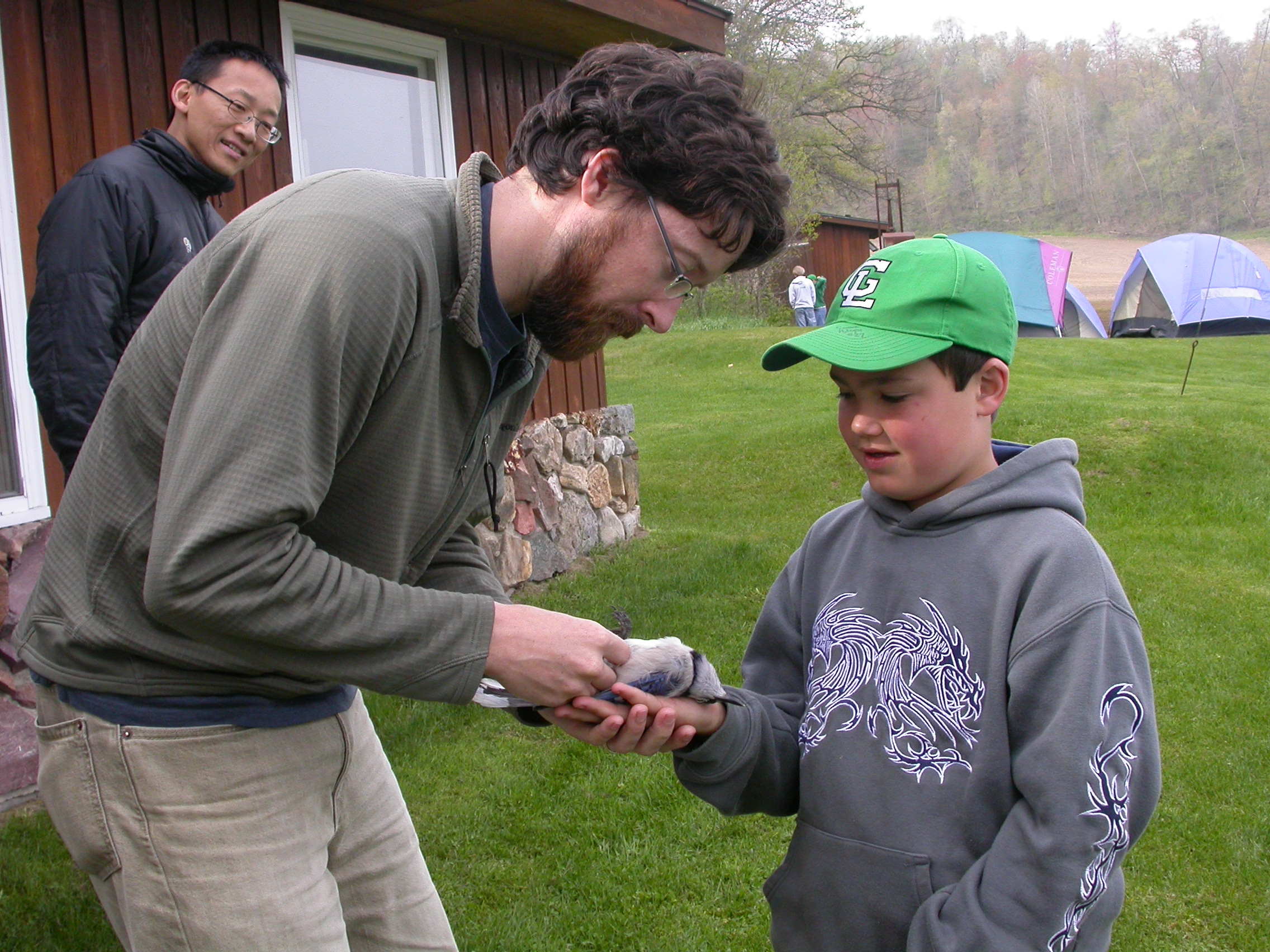