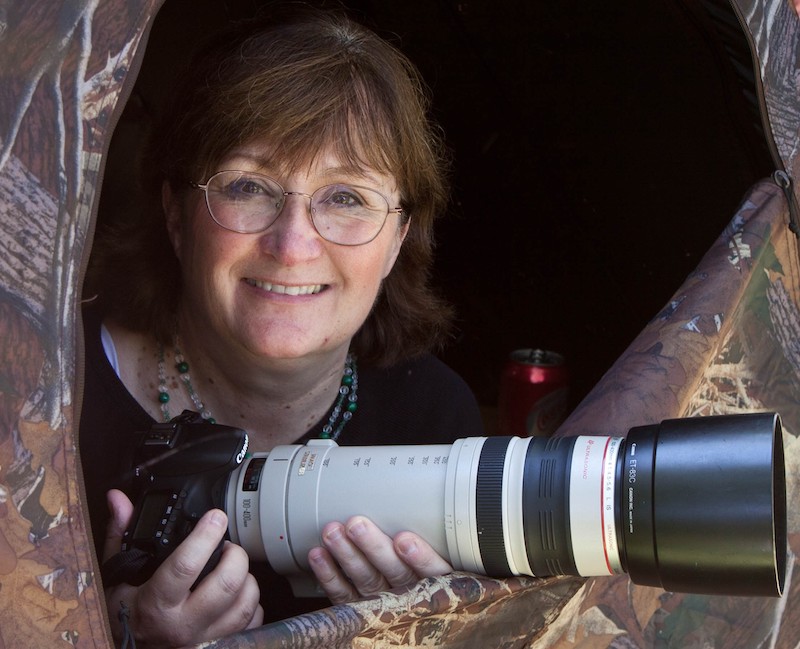 Despite the tenacity of the COVID pandemic, there are still good people who do good things for birds, and the past year (crazy as it was) still yielded a number of exceptional nominations for WSO’s annual Passenger Pigeon Awards. It is with great pleasure that we present our 2022 award recipients:

The Golden Passenger Pigeon Award is presented to individuals who have made outstanding contributions to the field of ornithology and is awarded for recognized published research, major book efforts or other such work in ornithology and limited to 15 living members at any time. This year, a Golden Award will go to Laura Erickson.

Laura is a multi-talented writer, broadcaster and nature educator who has devoted her life to birds, especially the birds of the Upper Midwest. She has taped “For the Birds,” a five-minute radio segment since May 1986, recording nearly 3,000 of these segments in what has been the longest continually-running radio program about birds in the U.S.

She is a regular columnist for Birdwatching magazine and has written 12 books about birds and birding. While living in Madison in the 1970s, she wrote a monthly column for the Wisconsin State Journal. Over the course of her multi-faceted career, she also has worked as a scientist, wildlife rehabilitator, professional blogger, public speaker and photographer.

Laura joined WSO at age 24 soon after she moved to Madison from Lansing, Mich., with her husband, Russ Erickson. Although they moved to Duluth in 1981, where Russ continues to work as an EPA scientist, she has stayed close to Wisconsin. Her radio broadcasts frequently feature Wisconsin conservation issues, locations and people.

She served as WSO Education Committee chair from 1996 to 1998 and as the spring seasonal editor for The Passenger Pigeon from 1994 to 1997. She was awarded WSO’s Bronze Passenger Pigeon in 2007 and spoke at the WSO Convention in Ashland in 2013.

For four decades, she has chronicled her never-ending fascination with birds. Her broadcasts during the pandemic have been exceptionally moving.

The Silver Passenger Pigeon Award is presented to members of WSO for distinguished service to the Society. This year, a Silver Award goes to Dr. Anna Pidgeon. 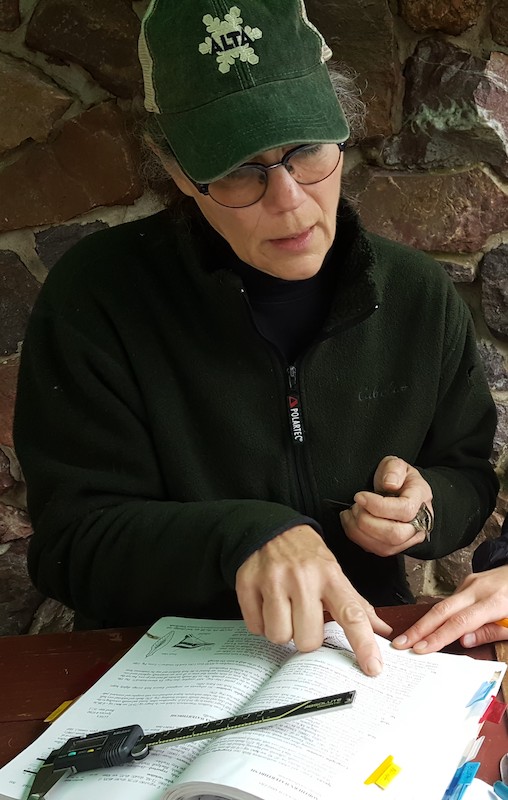 Anna is a professor in the Department of Forestry and Wildlife Ecology at UW-Madison and has made substantial contributions to the Society for many years through her banding demonstrations at the annual Honey Creek Birdathon-Bandathon. Not only has her work raised important funds to support the Honey Creek Preserve, but she also uses the event to spread the fascination of birds to those who watch her while she handles them. Because of her work, countless individuals from young kids to seniors have gotten to see birds up close, learn about their migratory travels, or been lucky enough to hold a live bird while helping with the release.

Anna also uses the bandathon to give her university students practical bird banding experience as they help her in managing the nets and handling the birds. Anna also teaches ornithology each spring. It’s worth noting that her mid-May weekend of bird banding continues a long tradition at Honey Creek and occurs both at the height of the birding year and during the university final exam period.

A Silver Certificate of Appreciation is given to previous recipients of the Silver Passenger Pigeon who continue to provide exceptional service to WSO.  This year, it will be awarded to Carl Schwartz. 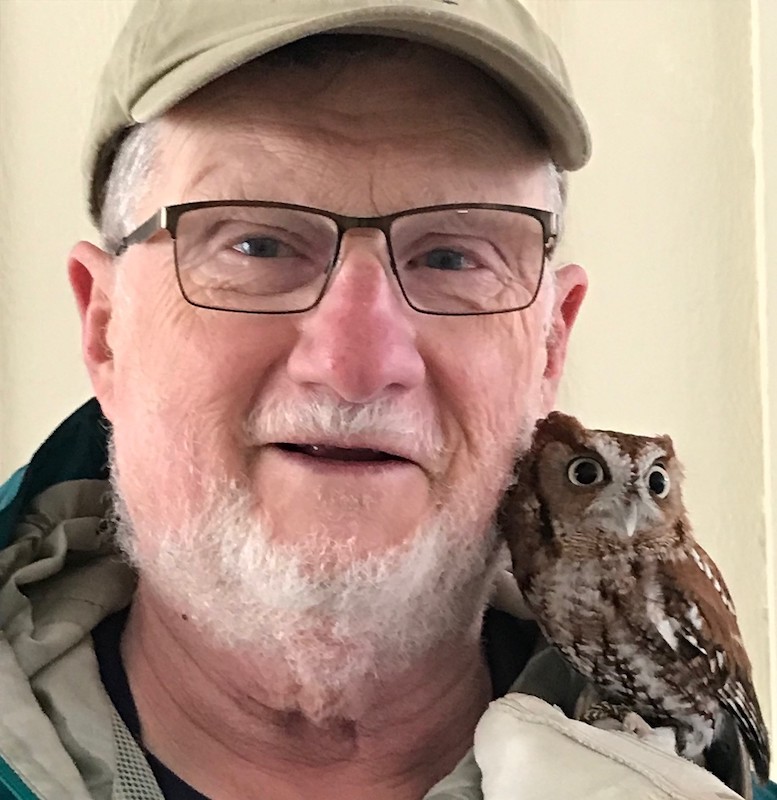 Carl received the Silver in 2015 and since has continued to serve as a tireless advocate and fundraiser for the 2nd Wisconsin Breeding Bird Atlas and the Great Wisconsin Birdathon, as a dutiful and deeply engaged WSO Board member, and, of course, as the editor of The Badger Birder.

Carl was instrumental in all aspects of the Dischler land acquisition at Honey Creek, from the initial communications with the landowner, to strategy meetings with The Nature Conservancy, and the $500,000 fundraising campaign for the purchase. He was a major force behind WSO’s first ever strategic plan by helping to craft the overall vision and overseeing it to completion. He has served as an ambassador for WSO in numerous forums, including steering committees for the Atlas, the Great Wisconsin Birdathon and Wisconsin Bird Conservation Partnership. His unwavering commitment to conservation, strong leadership skills and generous nature serve as a great example for all who work with him. It's hard to imagine WSO today without Carl Schwartz.

The Bronze Passenger Pigeon is presented to individuals who have made outstanding contributions in their local communities or in the state to promote field of ornithology through conservation work or through organizational efforts. This year, it will go to Marc and Gayl Zuelsdorf. 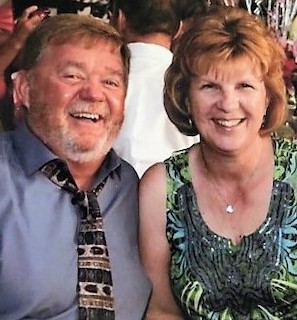 Nominated by several people, including DNR wildlife educator Liz Herzmann, who wrote: “Marc and Gayl and the Horicon Marsh Boat Tours have been a longstanding constant in our local community and presented an opportunity for an intimate experience at Horicon Marsh. There was rarely a day from May through October where the parking lot wasn’t full of cars or a big tour bus. Marc and Gayl understood the value of the marsh as a natural resource…. They were a Travel Green Wisconsin Certified Business, focusing on running a sustainable boat tour with minimal impact to the marsh ecosystem.

“Marc will be missed terribly after his battle with ALS, but Horicon Marsh is a better place because of the countless people that Marc and Gayl have moved to appreciate birds and this historic marsh.”

Christine Tanzer, field trip program director for the Natural Resources Foundation of Wisconsin, added: “The Zuelsdorf’s pontoon trips introduced so many people to the world of birding. Both young and old enjoyed the marsh from the deck of their pontoon, but these trips were especially important for those with mobility issues who were once again able rack up a nice bird list in just a few hours with Marc and Gayl at the helm, pointing out birds and teaching about marsh ecology in this world-renowned location.”

The Noel J. Cutright Award (originally called the Green Passenger Pigeon Award) is presented to individuals/groups/organizations that work on behalf of endangered, threatened or common species, promote the establishment, management and protection of bird habitat and educate the public on bird conservation issues. This year it goes to the mother and daughter-in-law team of Janet and Amber Eschenbauch who run the Central Wisconsin Kestrel Research organization, or CWKR. 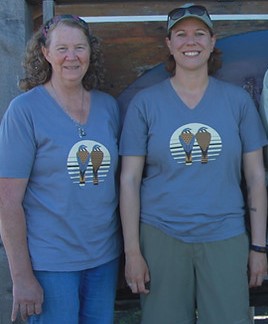 Dedicated to spreading knowledge about kestrels, CWKR was started by the late Frances Hamerstrom, author, naturalist and ornithologist, known for her extensive work with Greater Prairie-Chickens and birds of prey. In 1968 she erected 40 kestrel nesting boxes on the Buena Vista Grasslands, which she monitored for 30 years until her death. At that point, the Wisconsin DNR and the Aldo Leopold Audubon Society began revitalizing the project by building and installing new nest boxes.

In 2004, Janet took over the monitoring and began the banding effort. She graduated from UW-Stevens Point with a degree in biology and worked in a K-8th library for 25 years before taking over CWKR.  She and her daughter-in-law, Amber, continue to run the program today.

Amber also graduated from Point with a degree in biology. She worked as a wildlife rehabilitation assistant before joining the kestrel crew in 2006.  Both possess raptor banding permits. They currently maintain over 60 kestrel nest boxes in central Wisconsin. Along with banding, they share their enthusiasm by speaking to birding groups, assist with college-level ornithology classes and provide hands-on experiences in the field.

Although Groundhog Day is long behind us, I am reminded of the funny movie by that name and starring Bill Murray, who wakes up repeating the same day over and over again. Living through another long season of the pandemic, I’m guessing most of you felt a similar frustration, wondering when life would return to normal again.

Those of us on the WSO Board of Directors were absolutely disappointed at AGAIN having to postpone our convention and its accompanying Passenger Pigeon Awards ceremony. But conventions take time to plan, and the pandemic still ruled the day when decisions were being made. Sad as that was, the GOOD NEWS for birdwatchers is simply this: The birds WILL RETURN in spring regardless of our cancellation—and yes, we will be out there anyway, looking and listening.
-- Wendy Schultz, WSO Board member and Awards Committee chair