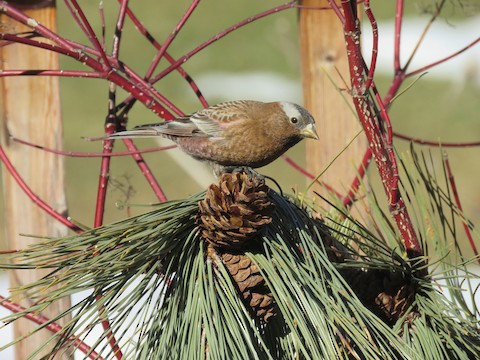 March came in like a lamb with sunny temperatures and highs in the 50s. The month was pleasant overall with little snow and several mild days that ushered in a good wave of early spring migrants.

The most unusual sighting was that of a Gray-crowned Rosy Finch that visited a feeder in Dodge County. The visit was very brief, but the sighting was documented by excellent photographs. This is about the sixth record of this handsome western finch in the state.

Gray-crowned Rosy-Finches normally inhabit alpine areas above the tree line, as well as rocky environments on Alaska’s Aleutian and Pribilof Islands. They nest near glaciers, talus, rock piles and cliffs at very high elevations. They do not make regular migrations for the most part.

Proving to be much more cooperative, a Western Grebe was frequenting the Port Washington Harbor for over a week. It has often been joined by several Red-throated Loons that have been providing some close views. 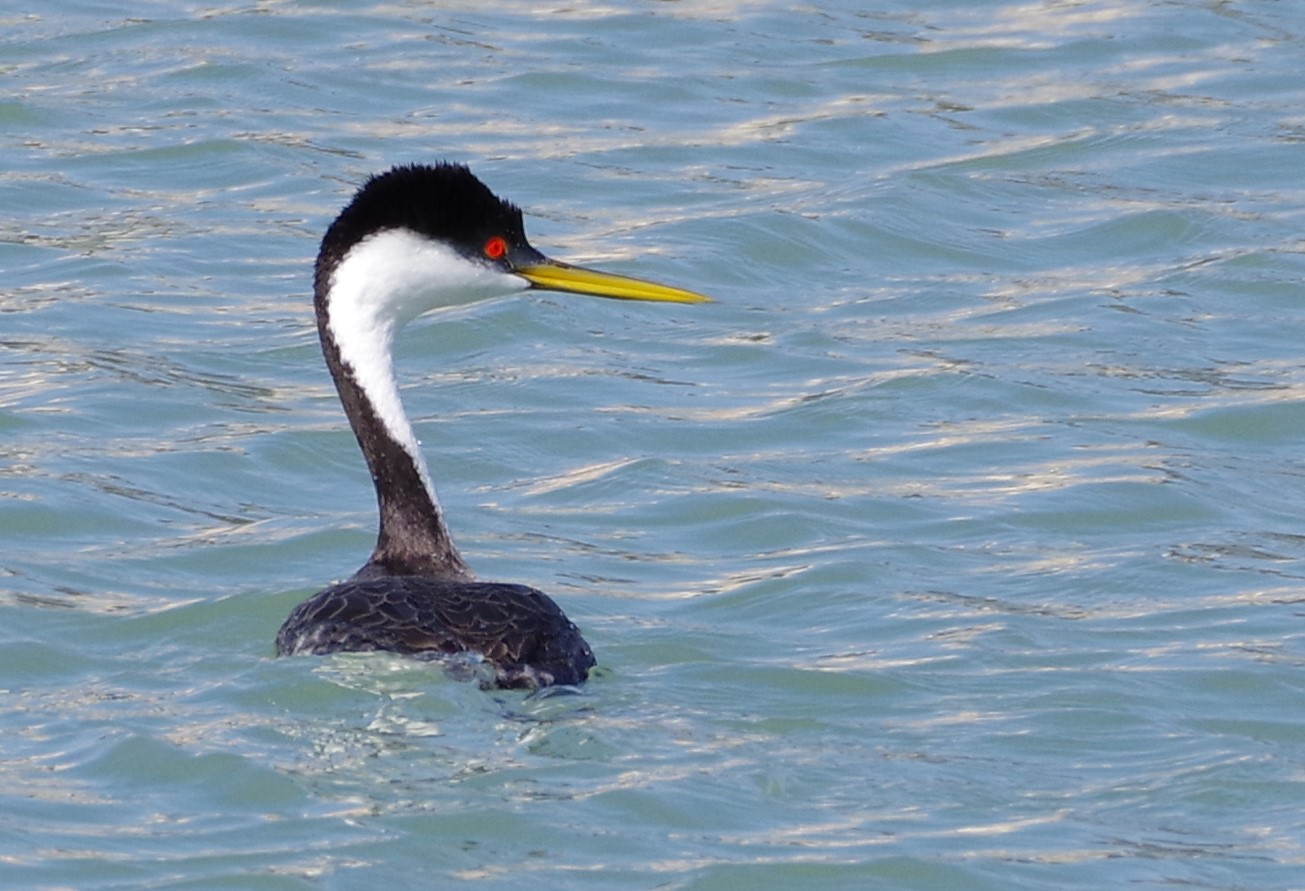 Photo by Kate Redmond. This cooperative and photogenic Western Grebe was discovered by the photographer in Port Washington harbor in early March.

In a winter with very few visitors from the Far North, notable was a Northern Hawk Owl found at the Oconto Marsh State Game Refuge. It was well-photographed. 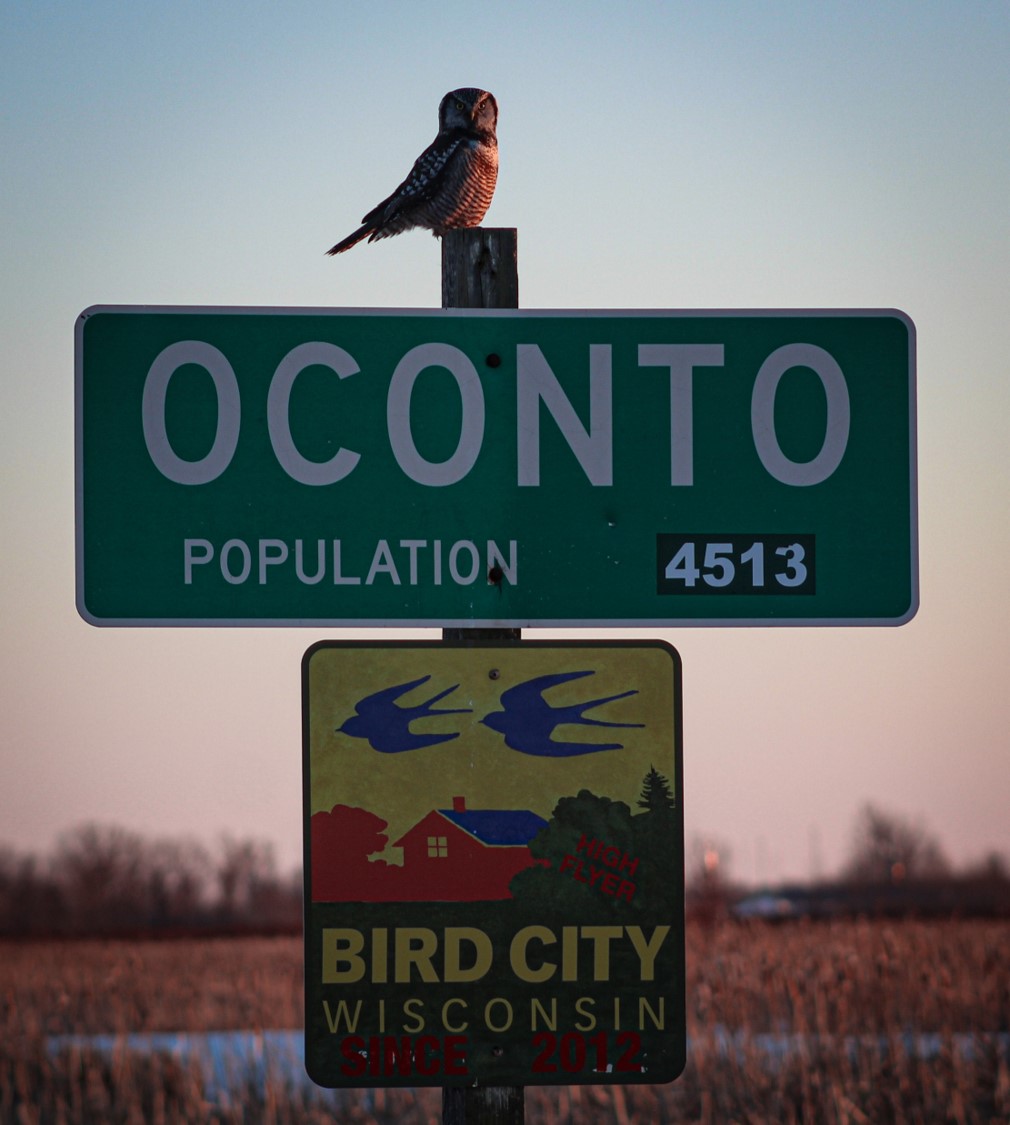 Photo by Dylan Lukas. In a winter with few visitors from the Far North, this Northern Hawk Owl found the perfect perch at the Oconto Marsh State Game Refuge. The marsh and activities there contribute to Oconto’s longstanding recognition as a Bird City Wisconsin community.

A Townsend's Solitaire was seen early in the month at Whitnall Park in Milwaukee County. This bird likely over wintered but hadn't been reported since January. The Harris's Sparrow in Ozaukee County continued into early March.

The highlight of March is often the big push of migrant waterfowl into the state. Impressive numbers of Greater White-fronted Geese have been reported. Some counts surpassing 2,000 birds have been tallied from the central part of the state. They were often joined by good numbers of Snow Geese and a few Ross's Geese.

A few early shorebirds have been reported including both Lesser and Greater Yellowlegs. Winnowing Wilson's Snipe and peenting American Woodcock have been heard in many locations.

It's nice to have a dawn chorus again. We are entering the most exciting time of the year for birders, despite the limitations imposed by COVID-19.