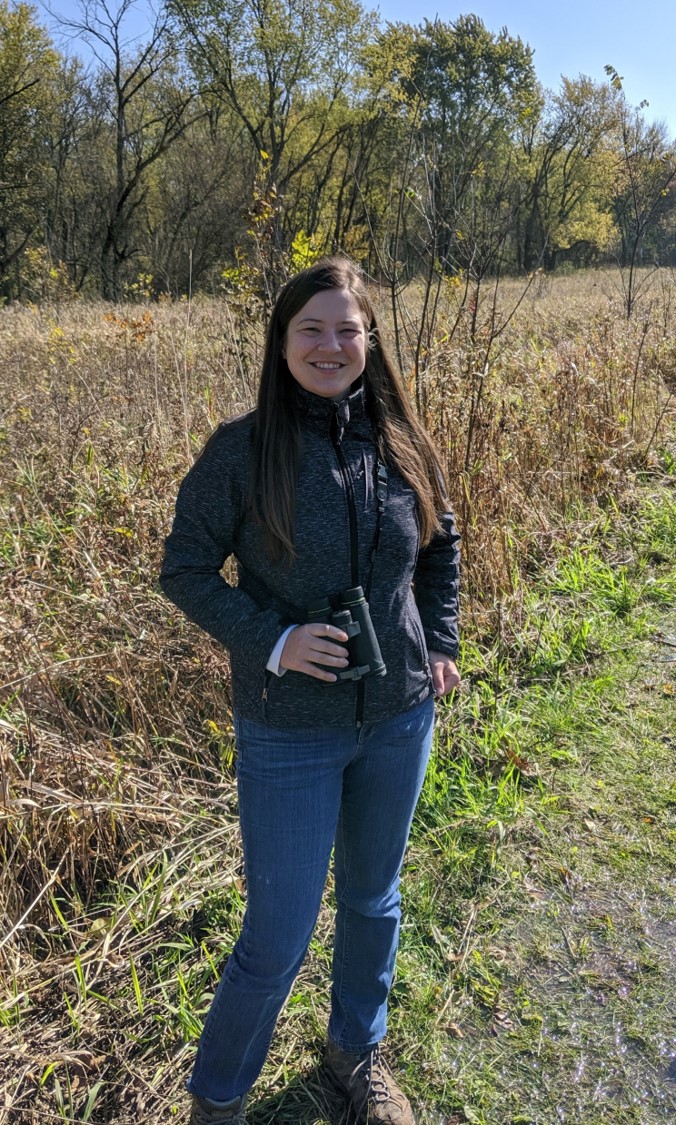 Phillips-Vanderberg is a Ph.D. biologist with extensive experience conducting ornithological research. For the last two years, she has worked as a life scientist with the Environmental Protection Agency in Chicago, addressing pollution-control issues in the Great Lakes Region, primarily in eastern and southern Wisconsin.

Phillips-Vanderberg is a graduate of Lewis and Clark College in Portland, Ore. She received her doctorate in animal behavior in 2016 from the University of California-Davis, where she used a combination of museum and field methods to study evolutionary relationships among climate, life history and coloration in 101 species of birds.

She arrives at the Observatory, which currently has its headquarters at Forest Beach Migratory Preserve just north of Port Washington but is opening a new office late this fall in downtown Port Washington, with a life-long affection for the Great Lakes region and a deep appreciation for the issues facing the region and its birdlife.

She grew up in Michigan in a town on Lake Huron and worked for years as a naturalist at the Michigan DNR’s Saginaw Bay Visitor Center, in Bay City, where she taught ornithology, conservation biology, ecology, wildlife management and other subjects to students, developed an outreach program that used bird banding as a gateway to biology, and surveyed bird populations.

Phillips-Vanderberg succeeds William Mueller, who retired Oct. 15, after nearly a decade of service as the Observatory’s director but will continue to serve as a consultant.

Present at every moment of the Observatory’s young life and the author of many of its proudest accomplishments, Mueller has served as director since 2013. He succeeded the founder, Dr. Noel J. Cutright, one of the state’s leading ornithologists, who died that year.

Both Mueller and Phillips-Vanderberg are among the 28 researchers and conservationists delivering presentations at the Observatory’s Southeastern Wisconsin Conservation Summit Nov. 1–2.

Phillips-Vanderberg will give an overview of her past research and work. Mueller will discuss the development of Wisconsin’s growing network of automated Motus wildlife-tracking stations and the Observatory’s ongoing study of waterfowl and waterbirds in western Lake Michigan.

The Western Great Lakes Bird and Bat Observatory (https://wglbbo.org), an independent 501(c) 3 organization, is the only Wisconsin institution conducting both offshore and near-shore waterbird monitoring and the only full-time bird observatory on Lake Michigan. Its mission is to conduct coordinated research, monitoring and education that advance the conservation of birds and bats in Wisconsin and throughout the western Great Lakes region.