In 2018 three new species were added to the state list: Tufted Duck, Sharp-tailed Sandpiper and Hammond’s Flycatcher. Also, there was an accidental species, the Clark’s Nutcracker, last found in Wisconsin back on Jan. 13, 1973, in Manitowoc County by Darwin Tiede. 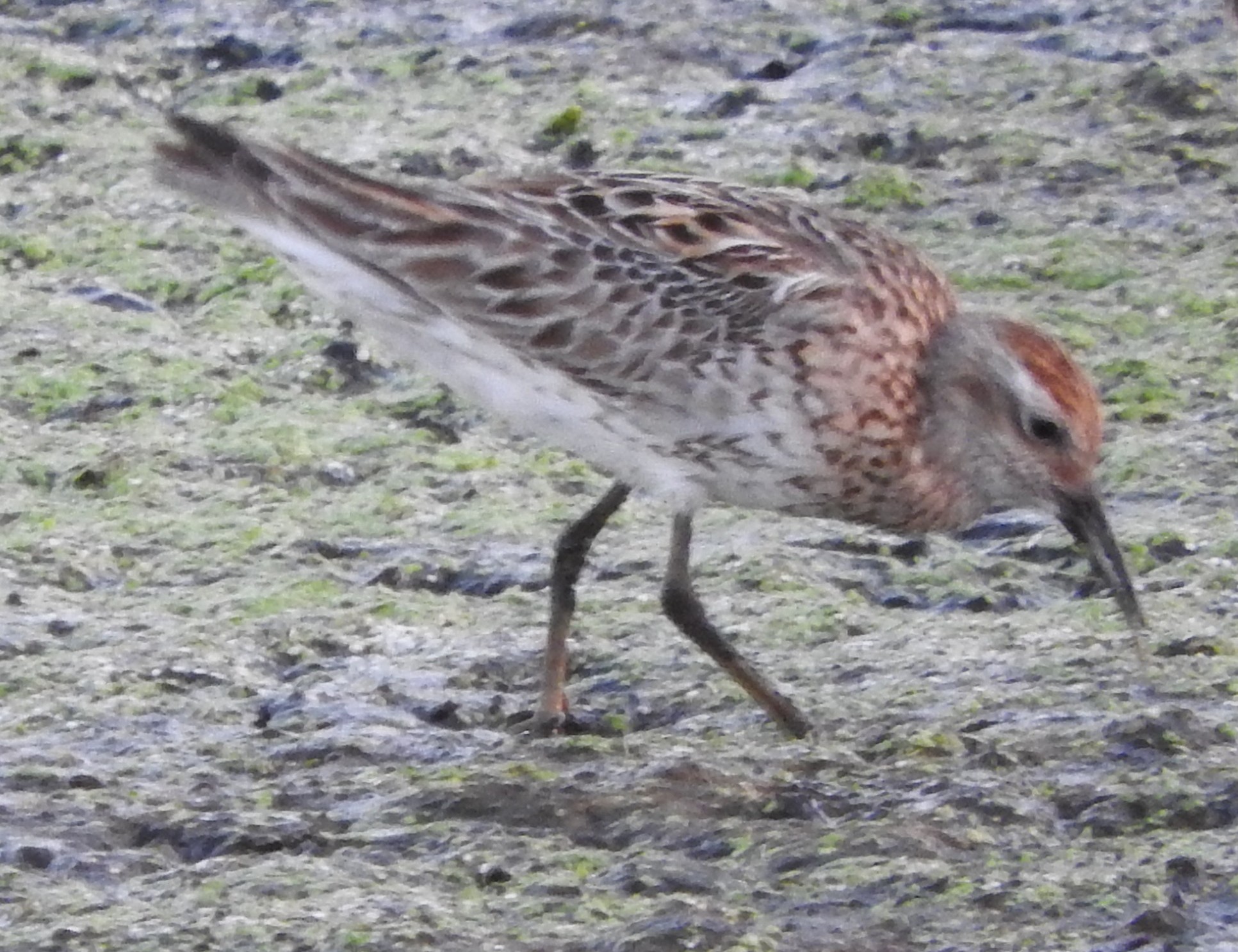 Photo by Justin Streit. The Sharp-tailed Sandpiper was first picked out of a crowd of Pectorals by
Justin Streit, a member of the Nevada Bird Records Committee, on Aug. 8, and relocated
by a number of others, including those on the Aug. 12 WSO field trip.

All four of these birds stayed around long enough for a number of birders to see them. Thus, these four species helped increase the number of Wisconsin life birds for a number of veteran birders. On the other hand, there were few other scarce species to chase. It is perhaps for this reason that there was but one birder with 300 or more finds. As could be expected, that was Daryl Tessen. the venerable editor of “Wisconsin’s Favorite Bird Haunts,” with 322. Nearest to Daryl was Tom Wood with 296, followed by Myles Hurlburt (289) and Jim Frank (288).

Emily Weiser of Onalaska led the state in Green Birds with 238 species. Following close behind was Scott Baughman with 235, one bird ahead of his 2010 total of 234. The only green birders in the history of this category to surpass Emily’s 238 are Ross Mueller with 243 in 2016 and Dan Schneider with 240 in 2013.

Emily biked 2,136 miles in her Green Year adventure, while Scott put on 1,452 in his pursuit. In order to find marshland birds, Emily biked from Onalaska in La Crosse County to Horicon Marsh in Dodge and Fond du Lac County. Even so, she worked at a disadvantage in that she had no access to the Great Lakes and the variety of species that are rather specific to them.

Marty Evanson of Madison had a major accomplishment in 2018. He became only the second birder in the history of Wisconsin to record at least 125 species in each of Wisconsin’s 72 counties. The first birder to accomplish this feat was Kay Kavanagh back in 2014.

In the way of other accomplishments, Marilyn Bontly of Bayside became the third birder to record 300 or more species in Ozaukee County. Her 301 is third to Roger Sundell’s 319 and Jim Frank’s 315.

On a sad note, Manitowoc County lost its beloved birder Bernie Brouchoud. Although best know for his work in establishing the Woodland Dunes Nature Center near Two Rivers and his decades of bird banding, he was also Manitowoc County’s top birder with 322 life species.

To see all the lists compiled by WSO, subscribe to The Badger Birder by becoming a member of WSO at https://wsobirds.org/support/become-a-member