As of Nov. 27, an estimated 27 Snowy Owls had been reported from 14 Wisconsin counties. Aside from several owls in the Superior and Ashland areas, most sightings have come from eastern Wisconsin south of the north woods.

The Lake Michigan shoreline has been surprisingly quiet, according to WDNR biologist Ryan Brady, save for a bird earlier in the year at Sheboygan and continuing birds in the traditional hotspots of Oconto Harbor and lower Green Bay.

You can see details of these sightings and more recent ones – and add your own observations to the map at www.ebird.org/wi

The total of 27 owls is well short of the 97 seen by this date during last year’s big irruption but greater than the 7 seen by now in 2016-17, which was a non-irruption year.

While it’s a little early to know exactly how things will unfold by mid-winter, one thing is already clear. Brady said "The proportion of juvenile birds hatched last summer is much lower this year than recent years past. This is consistent with reports from the Arctic that suggested a summer of low lemming numbers and poor reproductive success for Snowy Owls. As a result, Brady added, we are likely experiencing what’s known as an “echo” flight -- an above average influx following a very above average year like we saw in 2017-18, especially as surviving 1.5-year-old birds now return south.

Bottom line? There may not be quite as many owls around this year but a higher ratio of those present will be older with fewer dark markings, and thus all the more spectacular!

Project SNOWStorm, which uses innovative science to understand Snowy Owls and engage people in their conservation, has begun filing updates for the 2018-19 season.

A total of 11 Snowies have been tagged by the project in Wisconsin in recent years with the financial support of WSO, the Natural Resources Foundation of Wisconsin, Madison Audubon, and other groups, as well as many volunteers. They are: Arlington, Austin, Badger, Bancroft, Buena Vista, Freedom, Goose Pond, Kewaunee, Marshfield, Reedsville and Straubel.

To follow the project this winter, go to https://www.projectsnowstorm.org/ where you can sign up for email alerts, read the latest blog posts and even donate to support the project’s work. 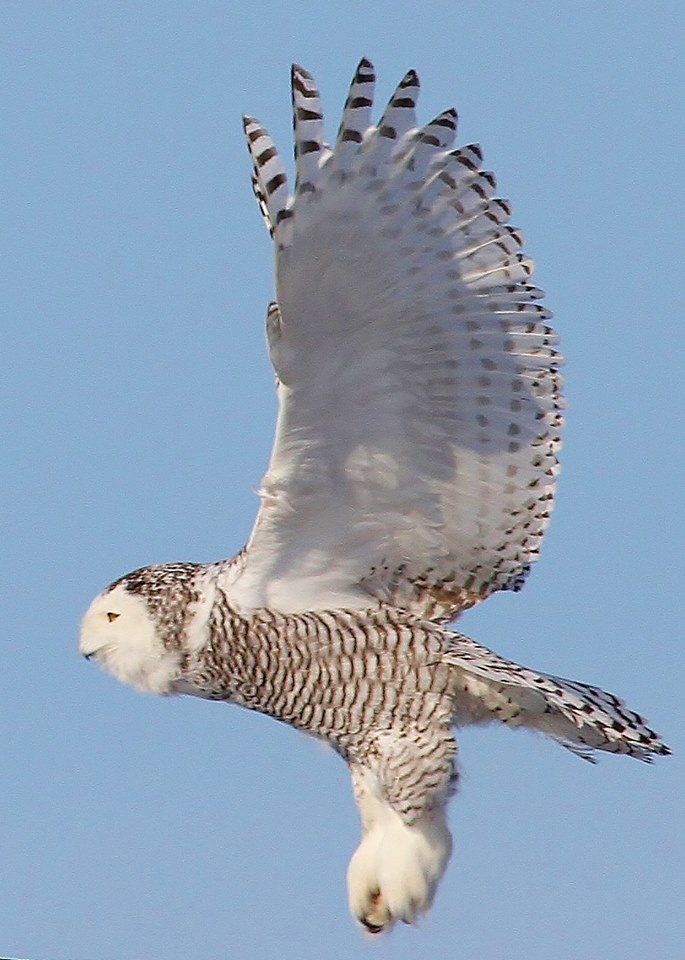