October started out warmer and wetter than normal but cooled off rapidly and temperatures were a bit below normal for the second half of the month. Light snow blanketed the field during a Badgers' home game and the entire state had a hard freeze on the third weekend of the month.

A few cooperative rarities were observed. Scissor-tailed Flycatchers are always a treat. An individual in Calumet was seen for a few consecutive days. A Rufous Hummingbird has been coming regularly to a Fond du Lac feeder. It was banded during the early part of its stay and a positive ID was made to this species. 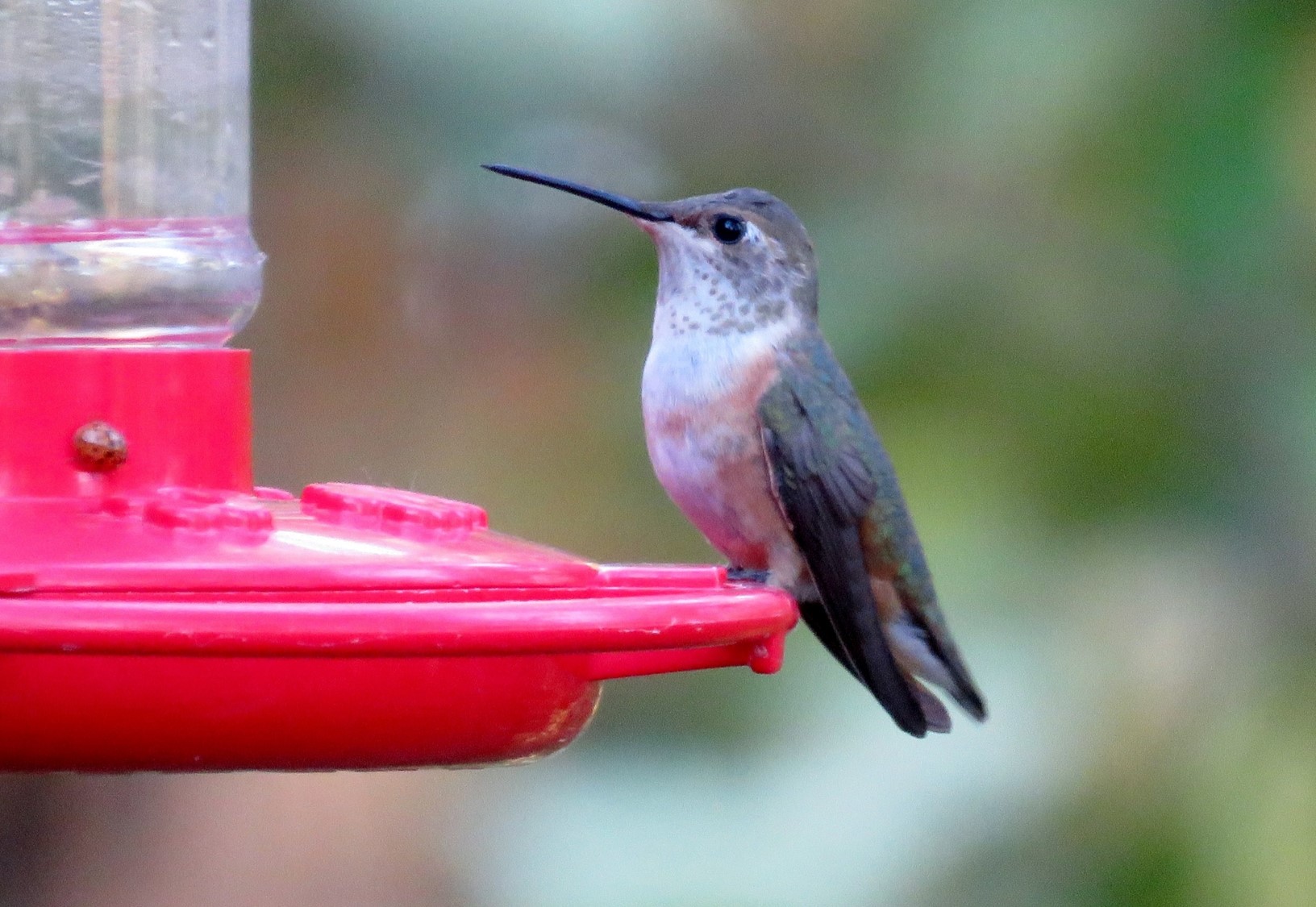 Photo by David Sehloff. Kerry and David Sehloff had a special visitor to their feeder – a young female Rufous Hummingbird. This late season species is normally found in the western United States, but a few wander east. The brown on her sides and tail distinguish her from our regular Ruby-throated Hummingbirds, most of which had already left for warmer climates. She was captured and banded on Oct. 17 and then released.

Parasitic Jaegers in Ozaukee County were expected but an adult Pomarine Jaeger on the river in St. Croix County was a great find and excellent photos were obtained. A Long-tailed Jaeger was found inland in Wood County.

Three Plegadis ibis were photographed in Brown County but identification to species in this transitional plumage can be quite difficult.

A cooperative Harlequin Duck is being seen in Sheboygan. This is a fairly early sighting for this species. An Eared Grebe was also found in the harbor in Sheboygan. Western Grebes were reported from Door and Fond du Lac Counties. 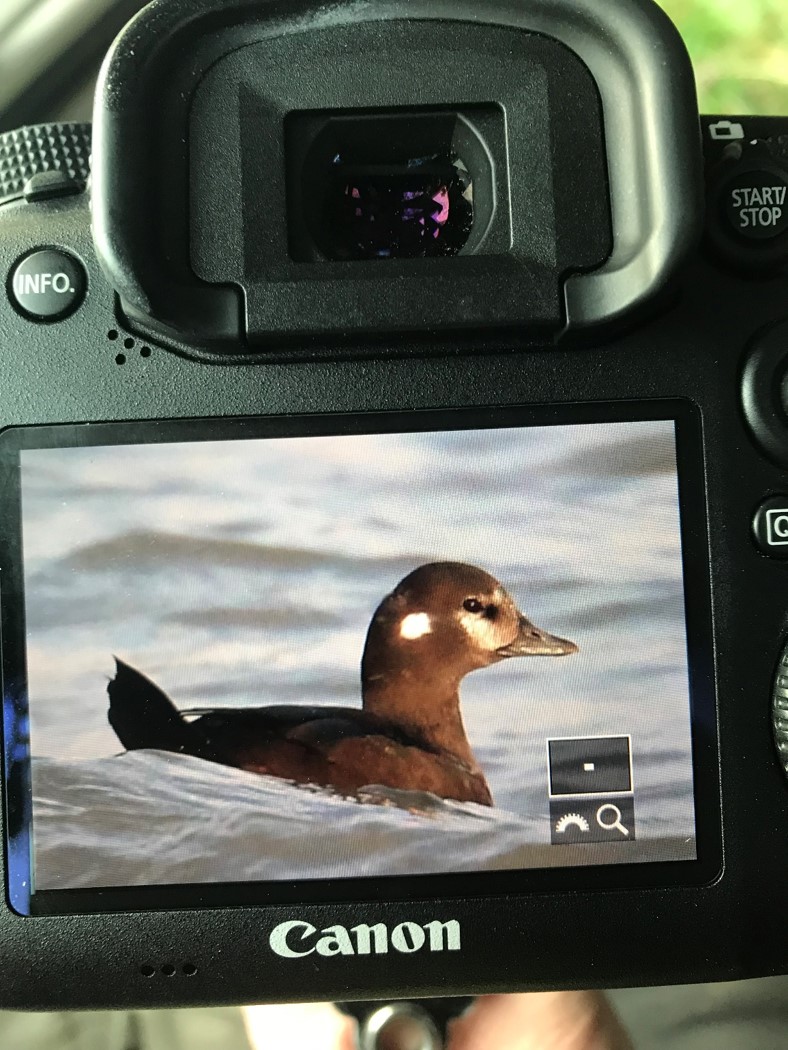 Photo by Naomi R. Steinruck. This female Harlequin Duck has been seen (and photographed) by a number of birders at Sheboygan’s North Point.

A good variety of migrating passerines were observed during the month. Unusual for fall, a White-eyed Vireo was recorded in Marathon County. A yellow kingbird was photographed in Bayfield County. The observer felt it was either a Tropical or Couch's but the views and photos were not definitive.

This is prime season for vagrants. Hopefully early November will produce some unusual birds to chase.