The Milwaukee Bucks have achieved a first with their new arena: Fiserv Forum will be the world’s first bird-friendly sports and entertainment arena, upon completion of the Bucks’ application for LEED Silver® certification.

This is a significant victory for bird conservation because up to 1 billion birds die annually after colliding with glass in the United States. Scientists estimate that this staggering total likely accounts for 5 to 10% of the birds in the United States and contributes to ongoing declines in bird populations across North America. 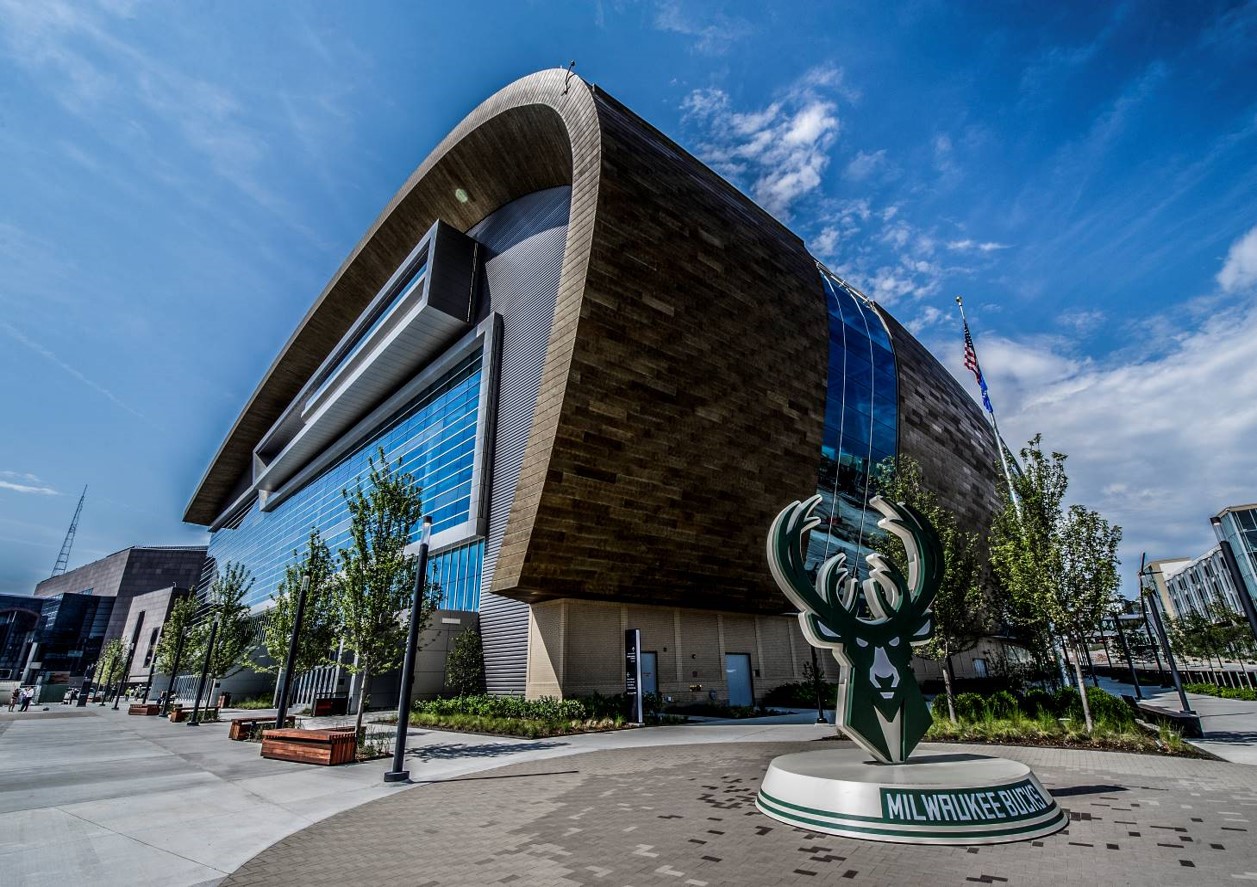 Photo by Milwaukee Bucks/Kenny Yoo. The $524-million Fiserv Forum in downtown Milwaukee was built with windows that deter bird collisions.

Addressing collisions is vitally important not only because of the inherent value of birds, but also because birds reduce pest populations, pollinate plants, disperse seeds, provide other natural services, and captivate tens of millions of Americans with their beauty and fascinating behavior.

“The Milwaukee Bucks’ bold decision to build the world’s first bird-friendly arena speaks volumes about the ownership’s character, concern for the environment, and desire to be a part of a green community,” said Bird City Wisconsin’s former director Bryan Lenz, who recently joined the staff of American Bird Conservancy (ABC) as its collisions campaign manager. “The Bucks stepped up for birds in a way that no sports franchise ever has. Hopefully the team’s message, that designing with birds in mind is an achievable goal, will set Fiserv Forum up as a model for arenas, stadiums and all other buildings for years to come.”

The $524-million Fiserv Forum is located in the heart of Milwaukee, which is a Bird City Wisconsin community. The 17,500-seat arena was designed to achieve the U.S. Green Building Council’s Leadership in Energy and Environmental Design program (LEED) Bird Collision Deterrence credit, which was created in partnership with ABC. The credit, SSpc55, already has been approved on the pending LEED application for Fiserv Forum.

“Bird City Wisconsin came to us three years ago to educate us on migration and best practices,” said Milwaukee Bucks President Peter Feigin. “We were able to integrate many of their suggestions in the design phase of the project.”

Buildings that achieve the Bird Collision Deterrence credit address the primary reasons that birds collide with buildings: reflective and see-through glass and lighting that disorients birds during their nocturnal spring and fall migrations. The Wisconsin Humane Society will also work with the Bucks to monitor Fiserv Forum for collisions, following a plan designed in partnership with Bird City Wisconsin and ABC. 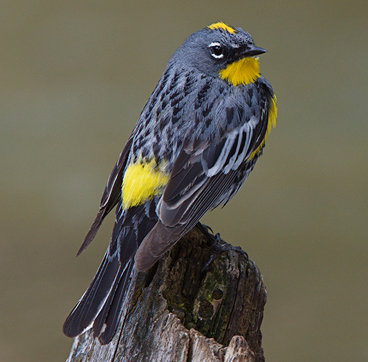 Photo by ABC/Tom-Reichner. Bird-friendly policies can save species like this Yellow-rumped Warbler and other birds that are frequent victims of glass collisions.

“When glass or other glass-like materials are employed in venue design, it’s vital to balance insulation and reflectivity to create an ideal environment both inside and out, for people and for local wildlife,” said Heather Stewart, senior associate at Populous, the architectural design firm used for Fiserv Forum. “We are proud to hear that other sports venues are looking toward Fiserv Forum as the new standard for bird-friendly design around the globe.”

Bird City Wisconsin (BCW) first approached the Bucks about a bird-friendly arena in mid-2015. Since 2010, BCW has recognized 109 Wisconsin municipalities for the conservation and education activities that make their communities healthy for both birds and people. Bird City also has awarded High Flyer recognition to 23 communities that go above and beyond in their conservation and education programs. It also has spawned similar programs in Texas, Indiana, Iowa and Minnesota.

A number of organizations played critical roles in the construction of the world’s first bird-friendly arena, including Bucks’ leadership, Populous, CAA ICON, Bird City Wisconsin, ABC, Eppstein Uhen, Mortenson, M-E Engineers, France Sustainable Solutions and HNTB. All of the partners finished the design process with newfound knowledge on how to build and operate buildings with birds in mind — knowledge that they will carry to future projects.

“So many sports teams use animals and birds as mascots; this approach just makes perfect sense for them,” said Michael Parr, president of ABC. “Surely no sports teams want to kill wild birds at their facilities. The Bucks are showing the way. I am betting some good karma will head their way for this in coming seasons!”

Fiserv Forum opened Aug. 26 and includes 17,500 seats for basketball and up to 18,000 for concerts, with 34 luxury suites and three clubs. The new venue hosts a diverse variety of events, including the Milwaukee Bucks, Marquette University men’s basketball, major concerts and other sports and entertainment events.

Fiserv Forum is registered with the certification goal of LEED Silver® and includes many other efforts that demonstrate that Bucks’ ownership is serious about reducing the team’s environmental footprint. Among these are landscaping with native plants, operations that avoid use of straws and other petroleum products, a composting program, and low-flow toilets. Fiserv Forum was also built using high-recycled content, regionally sourced materials, and low-emission products that help provide healthy indoor air quality for staff and guests.

“The Milwaukee Bucks have demonstrated outstanding conservation leadership and shown that it is possible to build a world-class facility with birds in mind,” Lenz said. “We hope that their example will inspire others to take action.”

ABC is dedicated to conserving birds and their habitats throughout the Americas, with an emphasis on achieving results and working in partnership. One of ABC’s main goals is to eliminate threats to birds, including collisions with buildings and other infrastructure.

ABC has contributed to making facilities safer for birds nationwide, from partnering to develop the Bird Collision Deterrence LEED credit to working on the Federal Bird-Safe Buildings Act that has been introduced in both the House (H.R. 2542) and Senate (S. 1920) in the U.S. Congress. ABC has also helped individual organizations, such as Northwestern University and Key West International Airport, make their buildings safe for birds.

Collisions at homes and low-rise buildings combined account for the majority of U.S. bird-glass collisions — and they can be prevented. To learn how you can apply attractive, inexpensive treatments to your windows to reduce the threat that they pose to birds, visit www.birdsmartglass.org