Wisconsin’s Bird Records Committee was established in 1978 and is a standing committee of the Wisconsin Society for Ornithology. The WSO Records Committee is comprised of five members, each of whom serve a 5-year term. A Chairperson is appointed by the committee to oversee and manage record submission, voting procedures, and the compilation and publication of results. Members may be elected to serve consecutive full terms by the committee. Anyone is eligible to become a records committee member if, in the estimation of the existing committee, that person has demonstrated an expert ability in and knowledge of field identification of birds and is a member in good standing of WSO.

Quentin has been birding about 15 years. He is a member of the Madison Audubon Society and Ned Hollister Bird Club out of Beloit, and enjoys leading field trips for both organizations. Quentin accepted the position of WSO Records Committee Chair in 2013. Growing up on a farm in southern Wisconsin amongst a family of hunters and fishermen, Quentin was exposed to nature on a daily basis. In addition to bird watching, another one of his passions is coaching. He has coached high school track and field each spring and cross-country each fall for 25 years. Professionally he has worked in the information technology field for more than 20 years. Quentin lives in Evansville with his exceptionally patient wife, Ann, and two teenagers, Geoff and Zoe.

Tom is seeking a Masters of Science degree at University of Wisconsin-Green Bay and is conducting his thesis work on shorebirds. After graduating University of Wisconsin-Madison with a Bachelor’s of Science in Wildlife Ecology, he worked as a research technician for the Wisconsin DNR on Spruce Grouse, grassland birds, marshbirds, boreal birds, and northwoods breeding songbirds. He was the primary waterbird counter at Whitefish Point Bird Observatory in fall 2009 and is one of the primary eBird reviewers for southern Wisconsin.

Mark lives in New Berlin with his wonderful wife of 19 years, Kathy, and his sons Jacob and Sam. He works as a Physical Therapist in Franklin, WI. Mark enjoys chasing birds around Wisconsin and the rest of the ABA area and has led bird tours in Texas, Florida and Wyoming. He has been active in WSO for 25 years and was the long time voice of the hotline. Mark has served on the Records Committee for over 10 years, and has also been the state coordinator of the Breeding Bird Survey for 15 years.

Aaron served on the Madison Audubon Field Trip Committee for over a decade, is the compiler for the Madison Christmas Bird Count, and is one of the primary eBird reviewers for southern Wisconsin. Aaron is a mathematics teacher at Middleton High School in Dane Co. He is married to Nancy Weiss (a veterinarian at the Wisconsin Humane Society in Milwaukee) and has a son, Jonas who (for now) tolerates his dad’s birding addiction. 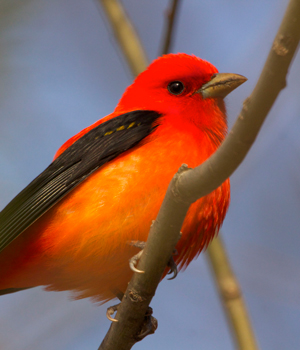