Presented to individuals who have made outstanding contributions to the field of ornithology.

Presented to members of WSO for distinguished service to the Society.

Presented to individuals who have made outstanding contributions in their local communities or in the state to promote the field of ornithology.

Honors people who actively contribute to the Wisconsin Society for Ornithology above and beyond their having previously received the Silver Passenger Pigeon Award.

Recognizes the collective efforts of a far-reaching project or partnership that increases the public's awareness and appreciation for birds, their habitats or the need for conservation.

[Go to the top of this page] 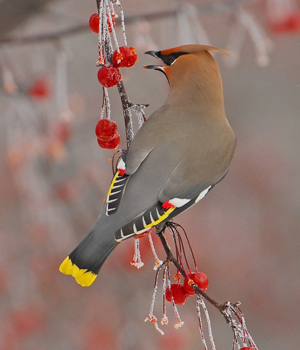