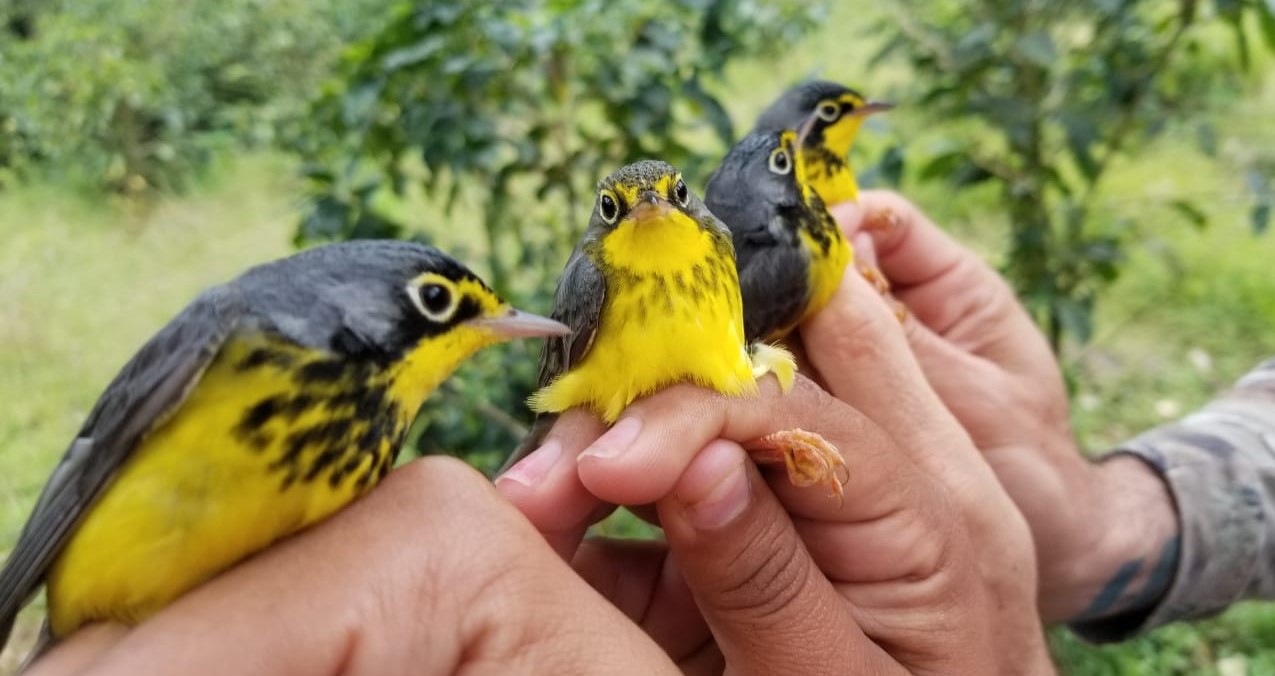 Madison -- Wisconsin’s love for birds flies high—and nowhere is that more apparent than in the results of the 2021 Great Wisconsin Birdathon, the annual fundraiser for the Natural Resources Foundation of Wisconsin’s Bird Protection Fund (BPF). Birdathoners from every corner of the state came together and raised a record-breaking $108,000 for bird conservation.

The Bird Protection Fund gives back to Wisconsin’s birds, supporting them throughout their lifecycle—from their breeding grounds in Wisconsin to their migratory habitat in Central and South America. The BPF’s reach is encompassing—it not only funds the conservation of Wisconsin’s most threatened and endangered species, but also the creation and protection of habitat; research and monitoring projects; and education and outreach initiatives that engage new audiences in bird conservation.

This year’s the BPF will award nearly $60,000 to the following projects:

Photo by Dexter Patterson
The BIPOC Birding Club of Wisconsin hosted a kickoff event in July in the Madison area, inviting Black, Indigenous, people of color (BIPOC), allies and families to explore the joy of birding together.

These seven projects showcase the incredible range of support for Wisconsin’s birds—from protecting their breeding grounds here in Wisconsin all the way to their migratory habitat in Central and South America.

For example, the Neotropical Flyways Project has been receiving BPF funding since 2018 and continues to report ground-breaking new discoveries about migration patterns each year—like the discovery of a major “stopover” region for Black-billed Cuckoos in Ecuador and new information on the migratory style of Canada Warblers. Continued funding will gather insights that can help protect the migratory routes of Wisconsin’s birds.

The Bird Protection Fund also recognizes the power that education and outreach initiatives hold in creating passion for birds and bird conservation. New to receiving funding this year is the BIPOC Birding Club of Wisconsin. Established on Juneteenth 2021 by Dexter Patterson and Dr. Jeff Galligan, this group is out to “flip the script” on who can be a birder.

“Both of us love and have a passion for all things birding and realize that people of color are just not engaging in the outdoors enough, whether it be for exercise, hobbies, recreation or advocacy and stewardship. We want to change that,” Galligan said. “We would love for one of our events to be the catalyst for a young birder of color who gets that ‘spark’ that leads to a career in ornithology or other STEM field.”

The NRF is a statewide nonprofit organization that connects generations to the wonders of Wisconsin’s lands, waters, and wildlife through conservation, education, engagement and giving. Since 1986, the foundation has contributed more than $9.5 million to public and private conservation efforts, and currently holds more than 100 endowment funds with over $10 million in assets dedicated to conserving lands, protecting wildlife and promoting conservation in Wisconsin in perpetuity.