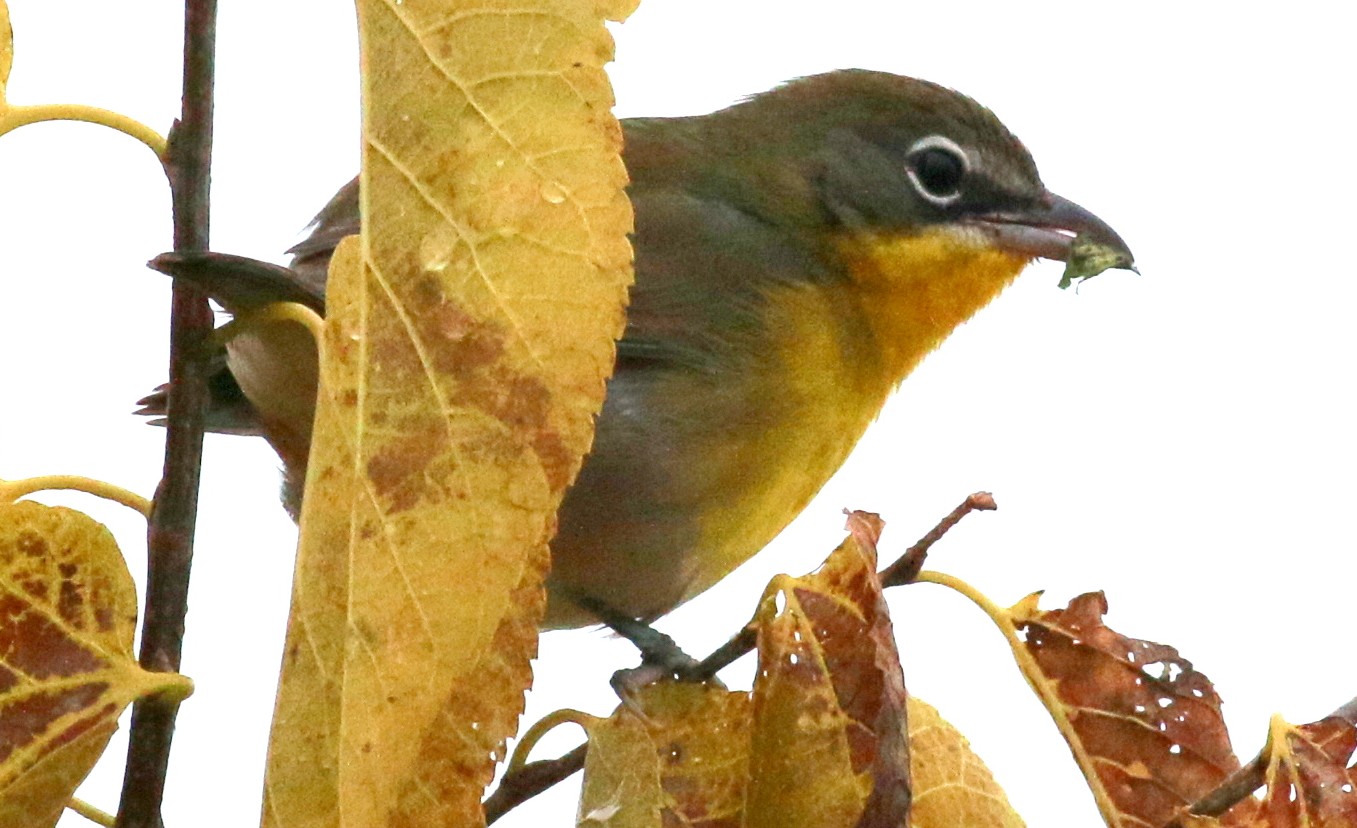 So much for a nice transition to fall. By the beginning of November, cold and snow were the norm. Four measurable snowfalls occurred in southeastern Wisconsin by the middle of the month. For Milwaukee, it was the snowiest start to winter in 123 years! A few record lows and record low high temperatures were recorded. With this early arrival of winter weather the birding was slow but some rare sightings did occur.

Prior to the onset of cold and snow, a Yellow-breasted Chat was a great find in Milwaukee. This bird was photographed and is one of the three latest records for the state. A White-eyed Vireo in Fond du Lac County was also a pleasant surprise. A Townsend's Solitaire was carefully observed and photographed in Ozaukee County. Carolina Wrens were found in Milwaukee and Polk counties.

Harlequin Ducks used to be seen along the Lake Michigan shoreline annually in Milwaukee. In recent years sightings of this species have become less frequent. A female bird in Milwaukee was doubly unusual in that it was found in a shallow rocky stream rather than on the lakefront. This is the habitat Harlequins frequent in the western United States. This bird was very obliging and was seen and photographed by many.

Elsewhere, a California Gull was recorded in Douglas County, and a small flock of American Avocets was an excellent find in the early part of the month in Brown County.

The DNR reports that a few snowy owls have reached Wisconsin. As of Nov. 25, at least 20 owls had been documented from 12 counties ranging from Bayfield and Door in the north to Crawford and Milwaukee in the south.

The majority of owls photographed so far have been adults, suggesting low numbers of juveniles were produced on arctic breeding grounds this past summer. It’s common for Snowy Owls’ breeding success to vary greatly each year, often booming when lemming populations are high and busting when these tundra rodents are few.  2018 had 30 by this date, 2017 had 94 and 2016 had only 5. Of these only 2017 proved to be an irruption year. Details and updates at https://dnr.wi.gov/topic/WildlifeHabitat/SnowyOwls.html

An observer in Iron County reported Pine and Evening Grosbeaks along with Bohemian Waxwings. But it’s not expected to be a very good year for winter finches either.

Northern Goshawks have been reported in higher than normal numbers, and a Black-backed Woodpecker was seen in Bayfield County.

Christmas Counts are not far away. Hopefully increased birding activity will produce some rarities as we close out the year.