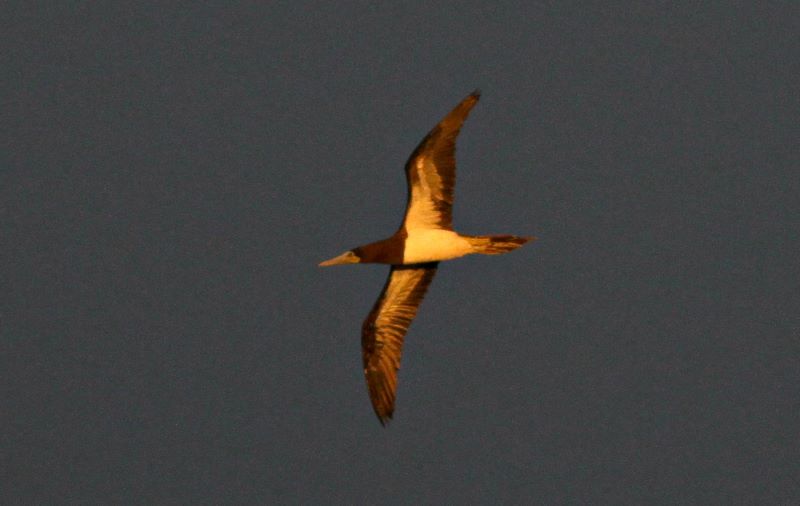 By Mark Korducki
In the days just before this article went to press, Wisconsin birders were flocking to what would be a new state record, pending approval of the WSO Records Committee. On Aug. 9, A Brown Booby was found in the City of La Crosse and was still being seen Aug. 11 diving for fish in front of the Eagle Observation Wayside on Highway 35 just south of I-90.

This large seabird of inshore and offshore waters in tropical regions around the globe has recently been showing up more regularly as a vagrant on inland lakes and reservoirs in the U.S. and Canada, and further north along the Atlantic coast.

The other remarkable mid-to-late-summer find was a Townsend's Solitaire in Vilas County. This is a rare but regular winter visitor to our state but finding one in July was the surprise of the season. 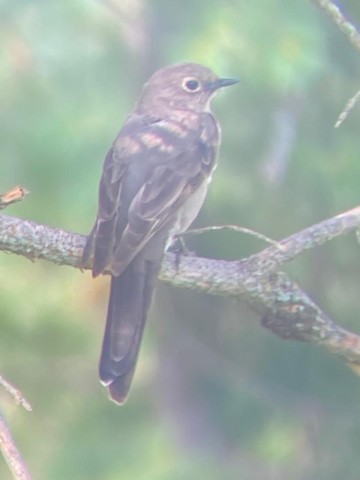 A Ruff in Jefferson County was also a great and unexpected discovery. This Eurasian shorebird is always an exciting find, but the vast majority of sightings occur during spring migration. This bird proved to be quite reliable and was present for over a week. Shorebird migration progressed as usual, with the exception of Buff-breasted Sandpipers, which had yet to reported as I type this.

This is a great time to find vagrant hummingbirds. The lone report was a male Rufous Hummingbird that spent a few days at a Portage County feeder. 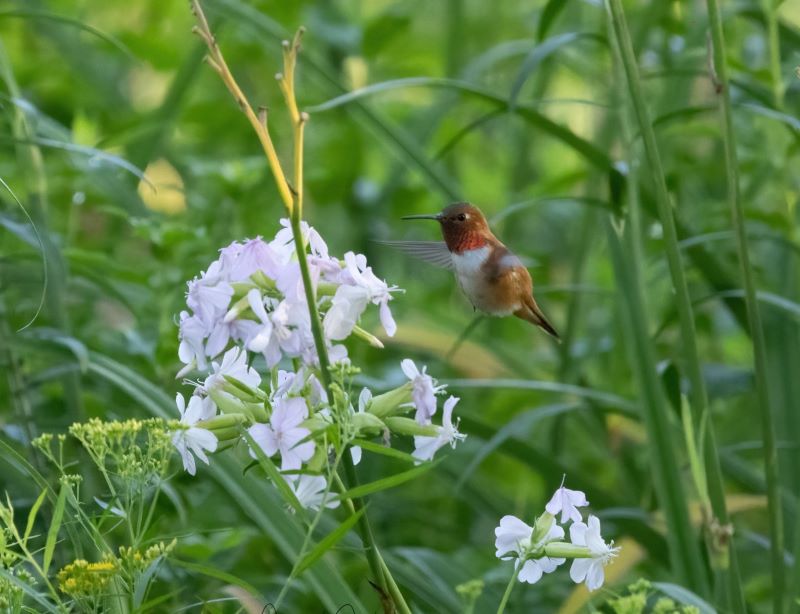 The first White-winged Dove of the year was enjoyed by several birders in Outagamie County.

A young Yellow-crowned Night Heron  provided the first Door County record in many years. It was a good season for this vagrant wader as others were reported in Dane, Kenosha and Waukesha counties. 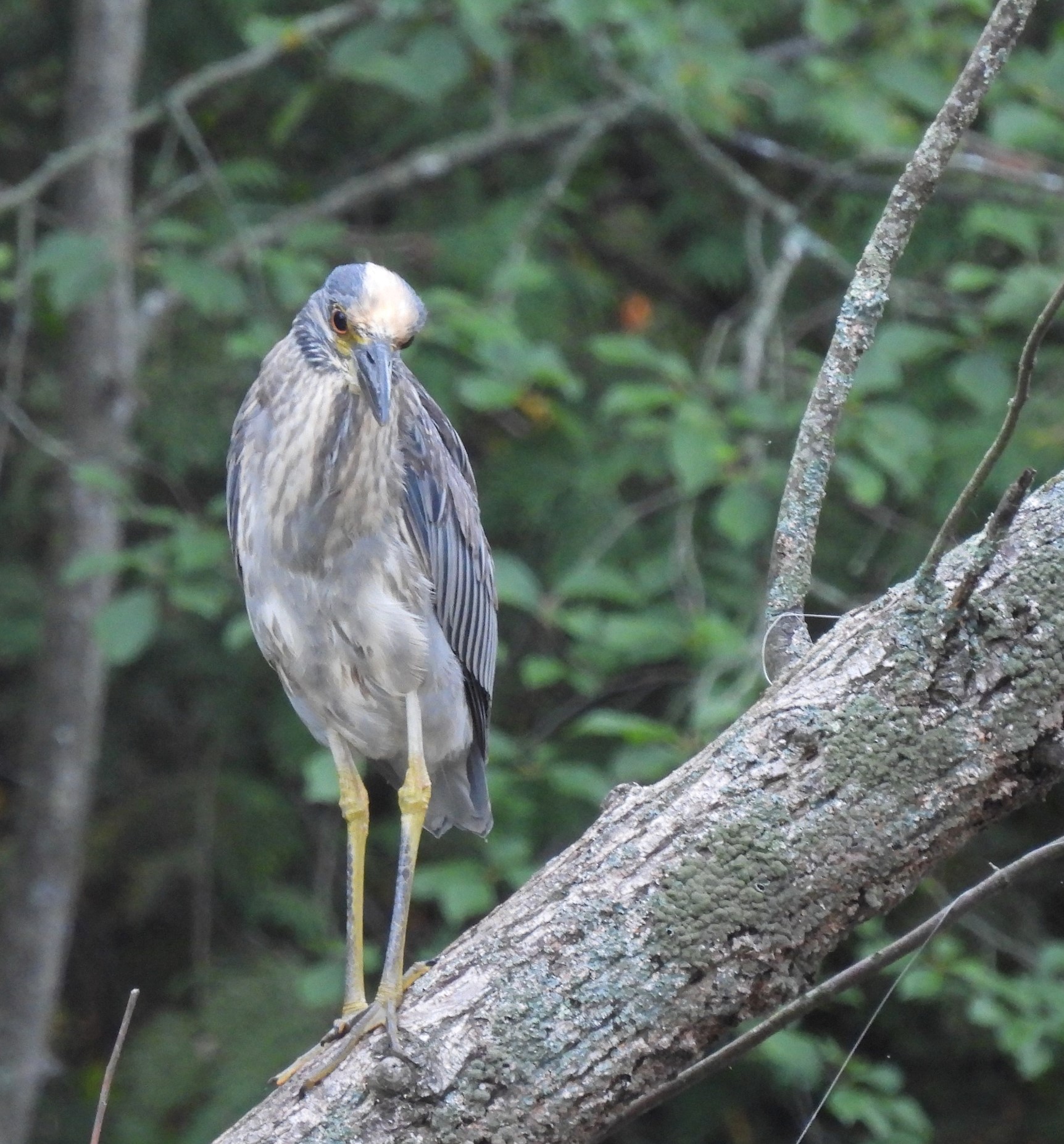 On her third attempt to find it, Linda Wallenfang photographed this skittish Yellow-Crowned Night Heron on July 26th at the Forestville Dam in Door County.

Black-bellied Whistling Ducks continue to be seen with greater frequency. Reports came in from Racine and Trempealeau counites. 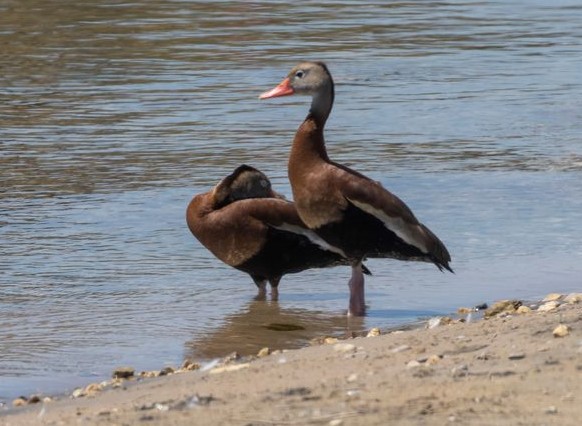 Steve Holzman photographed what were possibly Ozaukee County's first Black-bellied Whistling-Ducks. Paul Kreisa found them, and Braden Meyer relocated them with John O'Donnell, and then Holzman was able to resight them just north of the Port Washington marina.

The large summer gull flock in Sheboygan produced both Little and Laughing Gulls.

Keep checking your hummingbird feeders and start watching for other vagrants. Fall migration is well underway.