Each of the Passenger Pigeon Awards to be presented at the 78th annual Wisconsin Society for Ornithology Convention in Carter will recognize outstanding examples of partnerships that have earned Wisconsin a national reputation for academic and government collaboration with the state’s highly energized birding community.

The honors will be presented at an awards ceremony at 7 p.m. Friday, June 16 at the Potawatomi Carter Casino and Hotel. The hotel is within the Nicolet National Forest just south of Wabeno and is headquarters for the convention.

The Golden Passenger Pigeon will be presented to Dr. Robert W. Howe, of the University of Wisconsin-Green Bay, who led the Nicolet National Forest Bird Survey, longest running volunteer bird monitoring program in our national forests. 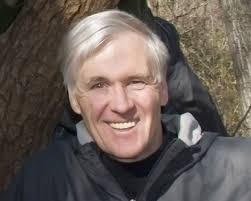 Initiated in 1939 as “Honorary Life,” this award for outstanding achievement in the science of ornithology was renamed the “Golden Passenger Pigeon” in 1978. It is awarded for recognized published research, major book efforts or other such work in ornithology. It conveys life WSO membership upon the recipient and is limited to 15 living members at any time.

The annual survey of the Nicolet concluded in 2016 after 30 years. U.S. Forest Service staff will continue with special surveys in the future. The Nicolet encompasses 1.6 million acres of mixed hardwood-conifer forests, lowland swamps, glacial lakes and wetlands in northeast Wisconsin.

Howe, who will also keynote the convention banquet on Saturday June 17, was one of three editors of the “Atlas of the Breeding Birds of Wisconsin,” published in 2006, at which time WSO honored him with its Silver Passenger Pigeon.

Howe is founding director of the Cofrin Center for Biodiversity and Barbara Hauxhurst Cofrin Professor of Natural Science. He has been a faculty member in UWGB’s Department of Natural and Applied Sciences since 1984, where he has taught courses ranging from introductory environmental science to advanced graduate courses in biology and ecology.

The Silver Passenger Pigeon Award, presented to members of WSO for distinguished service to the Society, is being awarded to WSO web administrator Paul Jakoubek, of Madison, who spearheaded the modernization and expansion of WSO’s web site and has overseen the transition to online registration for its convention as well as statewide meetings like those for the Wisconsin Bird Conservation Initiative and the Wisconsin Breeding Bird Atlas. 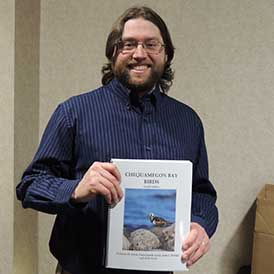 The Bronze Passenger Pigeon Award, presented to individuals who have made outstanding contributions in their local communities or in the state to promote the field of ornithology, will go to Nicholas Anich, DNR conservation biologist and lead coordinator of the atlas. Anich was nominated as much for his role in making Wisconsin eBird a widely adopted tool for the state’s birders as for his work on WBBA II, although the two are intertwined.

Nominators cited his role in education the state’s birders about eBird protocols, making eBird “a more valuable and trusted tool for all users”; writing and/or editing numerous articles on the Wisconsin eBird Portal; helping grow the team of eBird Reviewers, and painstakingly adjusting filters to better reflect the occurrence of species.

Also noted were the many things Anich and the WBBA II team have accomplished, including: uploading data from Atlas 1 into eBird, organizing Atlas kickoff meetings, getting the first-ever eBird atlassing portal online, recruiting and training county coordinators, organizing events to get the birding and general public excited about the project, supervising paid atlasers, reviewing data for errors, and finally keeping an eye on the big picture to make sure the atlas is moving forward on schedule. Anich also was lauded for his scientific acumen and leadership with Kirtland’s Warbler recovery work.

The Noel J. Cutright Award, recognizing outstanding contributions to bird conservation in Wisconsin, will go jointly to Tom Hauge and Karen Etter Hale, both of whom played a pivotal role in establishing the Wisconsin Bird Conservation Initiative in 2002 “to deliver the full spectrum of bird conservation through regionally-based, biologically-driven, landscape-oriented partnerships.” WBCI is considered a national model for constituent engagement.

Hauge resigned last October after serving as director of the Wisconsin Department of Natural Resources’ Bureau of Wildlife Management for 24 years. During that time he oversaw WBCI’s development and played a key leadership role in moving Wisconsin into all-bird conservation. Hauge was a leader during key species restoration projects for the Whooping Crane, Trumpeter Swan and Greater Prairie Chicken. 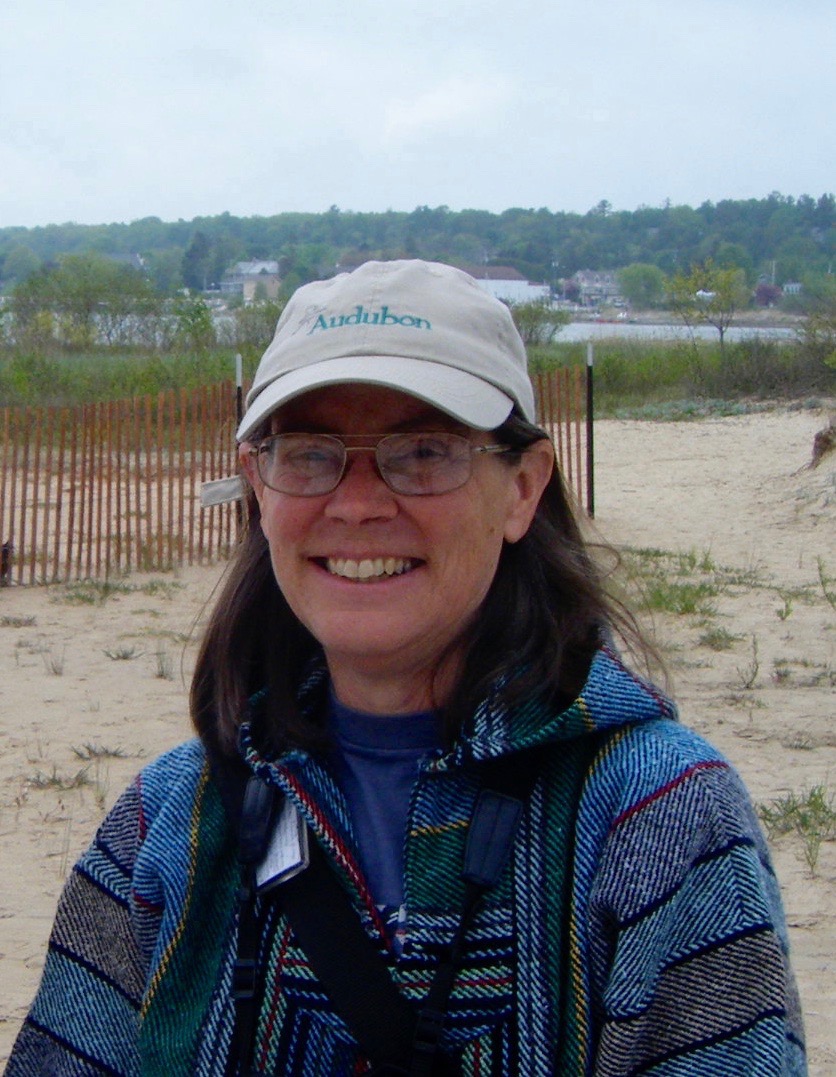 Etter Hale, winner of the Bronze Passenger Pigeon in 2004, has been a leader in all-bird conservation in Wisconsin for more than 20years and has chaired WBCI since its inception. She currently serves as director of community relations for the Wisconsin Audubon Council and for many years was executive secretary of Madison Audubon and an active conservation lobbyist. She has been a member of the Bird City Wisconsin Steering Committee since the program was launched in 2009 and serves on the steering committee for the Great Wisconsin Birdathon and the Natural Resources Foundation of Wisconsin’s Bird Protection Fund, and is a member of the Chimney Swift Working Group.