Under cloudy skies the temperature was not bad at around 34 degrees, but there was a brisk northwest wind blowing, so it sure felt chilly at Goose Pond as the 30 or so participants gathered at 7:00 AM. The pond was full of waterfowl, with over 400 Tundra Swans present, along with scads of Canada Geese, and a respectable number of Cackling and a few Greater White-fronted Geese mixed in. A fair number of ducks was also present, including Mallards, Green-winged Teal, American Wigeons, Canvasbacks, Redheads, Lesser Scaup, Ring-necked Ducks, and a Hooded Merganser. An American Kestrel hovered over the prairie, and a couple of Sandhill Cranes called not far away.

As usual, Mark Martin handed out maps and printed information about the Goose Pond area, and gave us an update on the birds that had been spotted there recently. A little before 8:00, the group took off in a caravan, and headed over to Harvey Road.

We parked and hiked back to scope the birds on Schoeneberg Marsh, and as we approached we were pleased to see a trio of Snow Geese fly over. Lots of Greater White-fronted Geese were present on the marsh, although most of them were too far away for great looks. A variety of ducks was also seen. 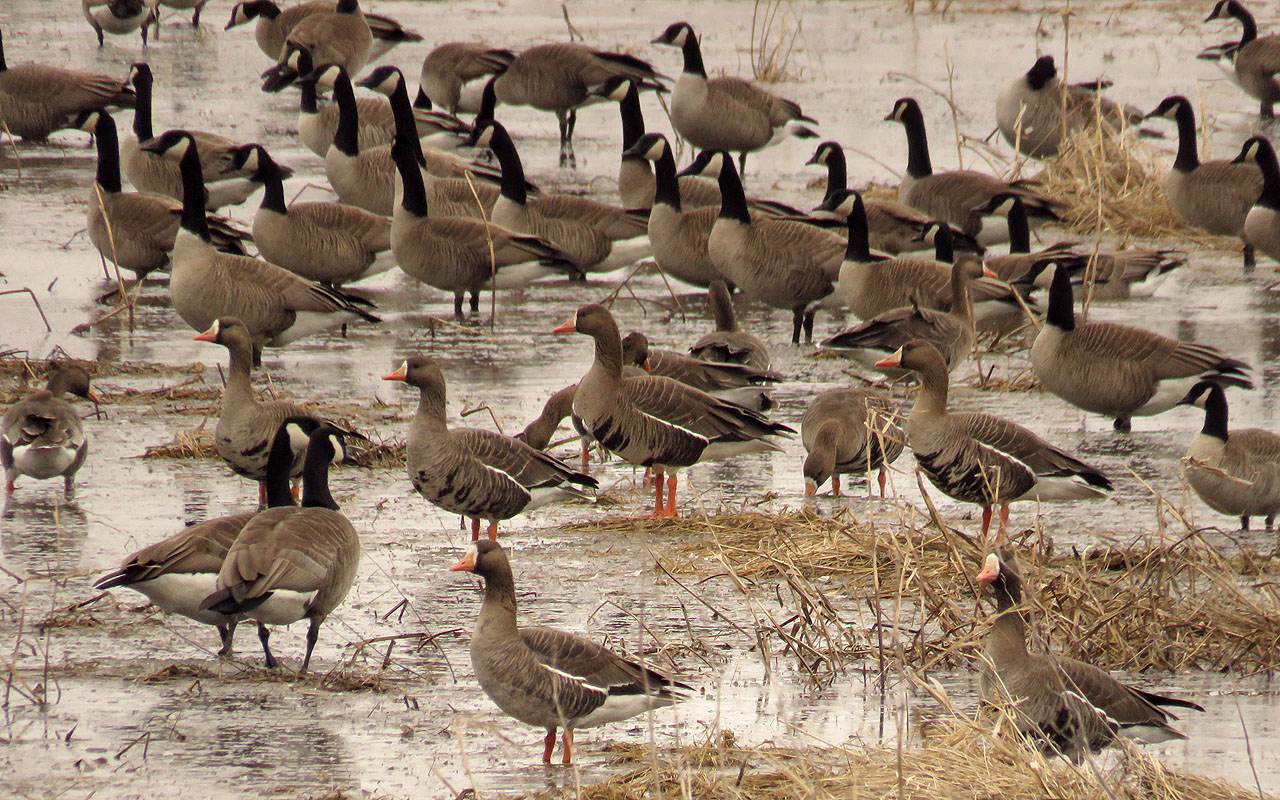 After that we drove a short distance south on Harvey Road, and stopped at a large pond on the east side of the road. At least 20 Northern Pintails were present, along with lots of Green-winged Teal and Mallards.

A few miles further south on Harvey Road we checked a wet area near Wangsness Road, and had nice looks at Greater White-fronted and Cackling Geese. A few more Northern Pintail and Green-winged Teal were also present, along with Northern Shoveler, and a Cooper’s Hawk made a quick pass through the area.  A few Horned Larks were singing out in the fields.

Next we visited the ponds on Hwy. DM near Hwy. I, where more Green-winged Teal, Northern Shovelers, and Lesser Scaup were viewed, then we continued on to the Hwy. V ponds. Many more birds were present here, including over 100 Greater White-fronted Geese and a few Tundra Swans – as well as American Wigeon, Northern Pintails, Gadwalls and others.

After a gas station rest break, the group headed north to Arlington, where we walked the streets looking for Eurasian Collared-Doves. We eventually spotted a couple, along with Tufted Titmouse, House Finches, Northern Cardinals, Common Grackles, a Downy Woodpecker and others.

Continuing north we parked along the causeway on Hwy. V on Lake Wisconsin to view the bay. Many ducks were present, including impressive numbers of Gadwall (probably at least 200), pintails, shovelers, wigeon, Black Ducks and Green-winged Teal, plus Canvasbacks, Lesser Scaup, Buffleheads, all three merganser, and a lone Ruddy Duck. Two Mute Swans were present, a Bald Eagle soared overhead, as well as Sandhill Cranes, Ring-billed Gulls and American Coots. 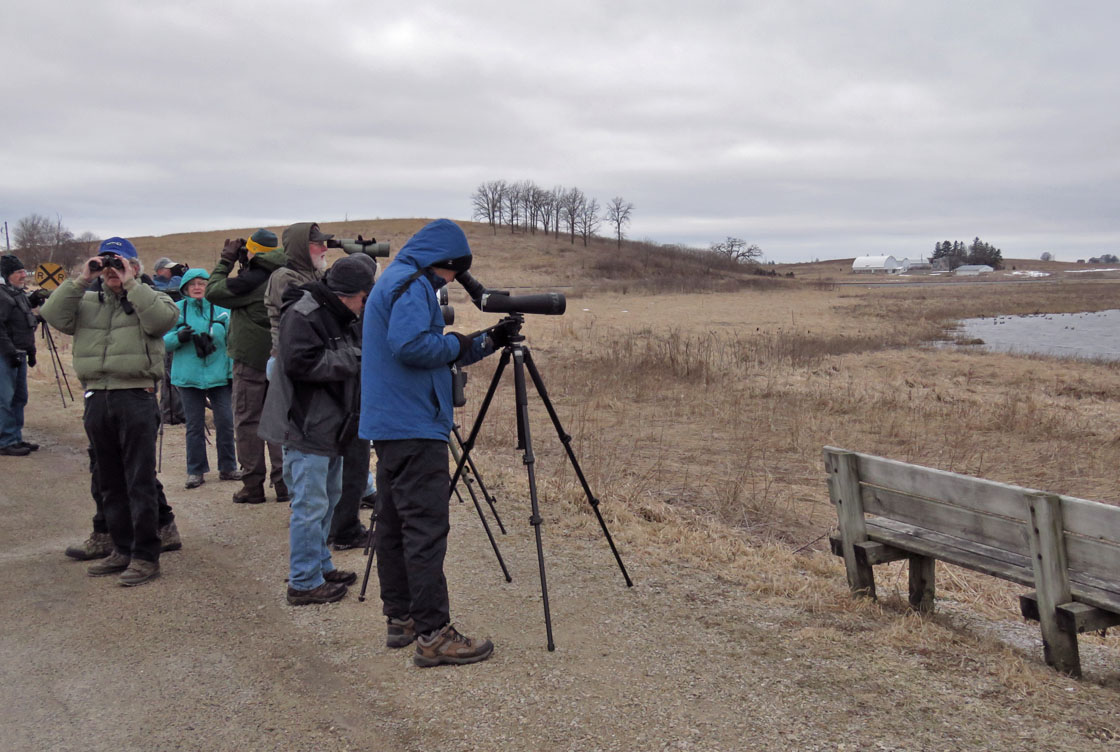 Our final stop was a Rowan Park, just west of Poynette. Walking the trails we found Cedar Waxwings, American Robins, Northern Cardinal, Dark-eyed Junco, and a Red-breasted Nuthatch – and a few Sandhill Cranes called in the distance. We finished the field trip right around noon, with the temperate at around 38 degrees.