This year the group at 7:00 AM at Bay Beach Wildlife Sanctuary, under heavy cloudy skies and with periodic light rain showers. Fortunately the winds were fairly light, but the cloud cover made the lighting pretty awful – especially for birds that were up against the sky or deep in leaf cover. Close to 50 birders were in attendance. 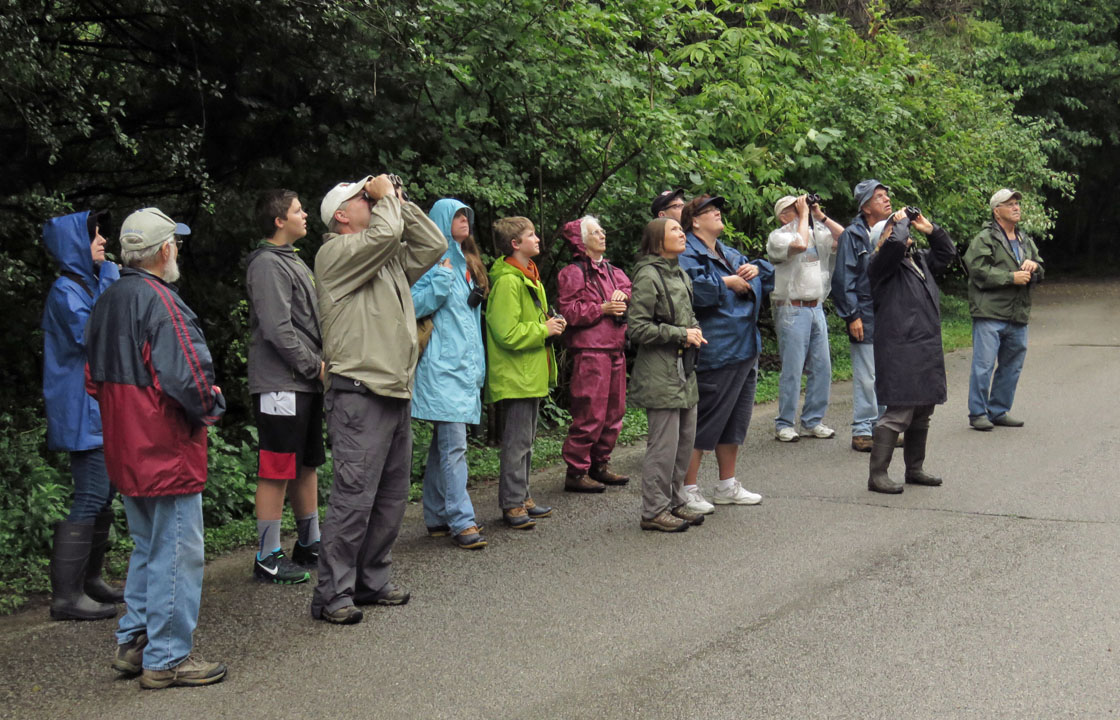 The field trip got off to a wacky start when, shortly after I arrived, I went to the back of my car to open the hatch to get my scope out – and what do I see in my back window but a Flying Squirrel! This critter must have entered my car early that morning while I had the doors open for several minutes to remove some extra items, but I hadn’t seen or heard a thing during the nearly two hours of travel up to Green Bay! I called the group over to take a look in the windows to see the cute little squirrel, before I opened the back hatch and it took off, after a little coaxing.

We soon started seeing a few small groups of warblers moving through the trees, and we tried to identify as many as we could – given the poor lighting. Some of the first birds spotted were Blackpoll, Yellow-rumped and Black-throated Green Warblers, soon followed by Tennessee, Black-and-white, American Redstart, and others. Altogether, I believe we tallied 15 species of warblers over the two and a half hours, including Canada, Wilson’s and Pine.

There were a number of Red-eyed Vireos and Swainson’s Thrushes spotted, as well as Rose-breasted Grosbeak and Yellow-throated Vireo. We had nice views of an adult Cooper’s Hawk that sat for several minutes across one of the lagoons, and a little later a young Sharp-shinned was found. Besides those raptors, we spotted a Merlin and a Bald Eagle.

On or near the lagoons there were lots of Canada Geese and Mallards, and a few other birds were spotted, including Wood Duck, Redhead, Caspian Tern and Double-crested Cormorant. One apparently tame goose walked along with us for at least an hour!

We left Bay Beach around 9:30 to drive over to Lineville Road to meet Tom Prestby and others who were heading out to the Cat Island Wave Barrier – which was being constructed. Tom had scouted the area earlier in the day, and mentioned that the better birds had been present out near the tip – a distance of about 2 ½ miles – so he suggested that we carpool and shuttle drivers out to the best areas.

Along the way, there were dozens of Spotted Sandpipers that were continually flushing from the rocks as we passed. Also observed were a Merlin, Sanderlings, Caspian Terns, Great Egrets and various ducks. The most interesting was a Greater Scaup, and a few Gadwalls were also present. Thousands and thousands of Double-crested Cormorants were present on the rocks, and they began taking off in waves as we approached – along with groups of American White Pelicans and gulls – creating a vista that was really quite spectacular! 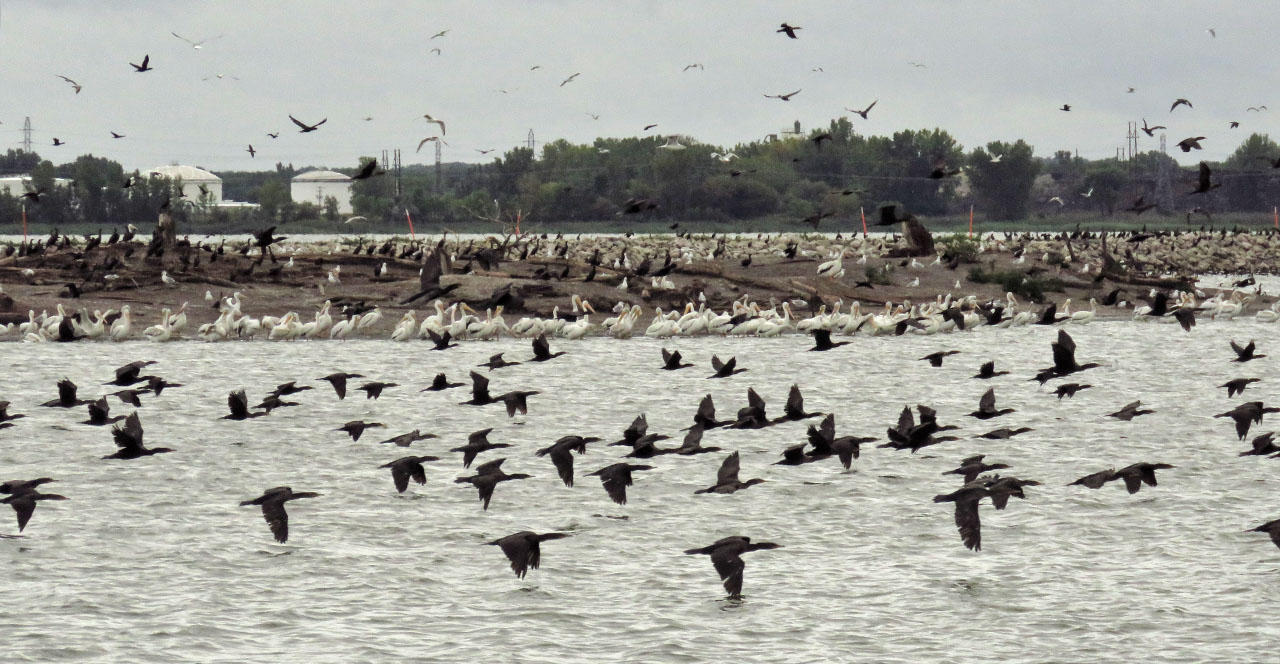 Reaching nearly the tip, participants were able to get great scope views of a Whimbrel and a Marbled Godwit, as they walked about in the grasses and boulders. A few other shorebirds were also present along the way, including Semipalmated, Least and Baird’s.

This field trip to Cat Island provided a great opportunity and experience for all, and we are grateful to Tom Prestby for making it happen.