Thinking back on the journey of this acquisition, an old saying comes to mind: “Good things come to those who wait.”

Because there has been a lot of behind-the-scenes work happening for several years on this project, I wanted to document the amount of effort for our members. The following is a chronicle of events leading up to the purchase of the Gerhard and Rose Dischler Addition to our Honey Creek Nature Preserve.

In April 2013, I first learned of the 104- acre parcel adjacent to our Honey Creek Nature Preserve at a Honey Creek management meeting.

At that meeting, Mike Mossman, retired DNR forest ecologist, mentioned that the landowner of this adjacent property might have an interest in selling. Several days later, Honey Creek Committee Chair Levi Wood raised the idea of a possible acquisition to the WSO Board of Directors at our April meeting.

The board was receptive to the idea and felt confident in WSO’s ability to run a successful fundraising campaign for the acquisition. The board approved asking Mike Mossman to contact the landowner to gauge his interest in selling his property to WSO. 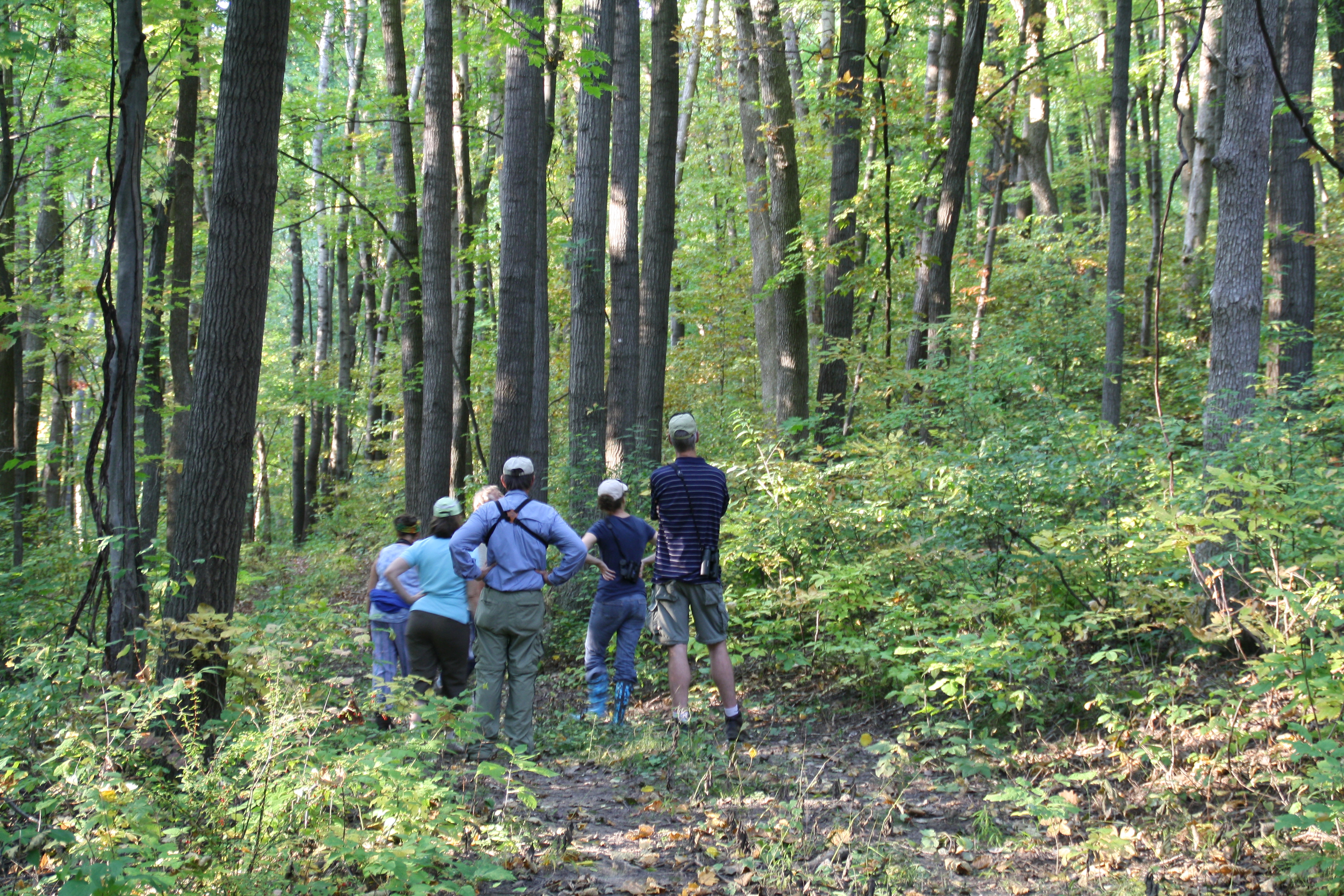 In November 2013, Mike made the first contact with the landowner, Ralph Dischler. Dischler expressed interest in selling, although he said he intended to be particular about the buyer. His preference was to sell to an entity that recognized its ecological value and who did not wish to develop it, despite the fact that the property had the potential for three buildable lots.

Mike informed WSO leadership of that conversation and suggested that we arrange a meeting with the two groups that know the most about conservation land acquisition in the Baraboo Hills – The Nature Conservancy (TNC) and the Baraboo Range Preservation Association (BRPA).

On Jan. 29, 2014, Mike convened a meeting among WSO, TNC and BRPA with these people in attendance: for WSO, Kim Kreitinger, Mike Mossman, Jesse Peterson, Carl Schwartz and Levi Wood; for TNC, Ann Calhoun and Rodney Walter; and for BRPA, Todd Persche and David Wernecke.

It was discussed that all three NGOs at the meeting shared a common interest in and commitment to protection and management of the Dischler tract, regardless of its ultimate ownership, but it was agreed that WSO was the logical owner.

TNC and BRPA offered to help in any way feasible and TNC agreed to coordinate and fund an official appraisal of the property. There also was a lengthy discussion about whether to seek Knowles-Nelson Stewardship Grant funds, which pay up to 50% of the acquisition price for valuable natural areas and wildlife habitat, and determined that more research was needed.

After the meeting, Mike again spoke with Mr. Dischler, who granted permission for an appraisal of his property and emphasized his preference for WSO to buy it.

The TNC’s Rodney Walter followed up with a phone call to Mr. Dischler to describe the appraisal process and then contacted a Certified General Appraiser to schedule the appraisal for early spring.

Meanwhile, WSO Past President Carl Schwartz contacted our legal counsel at the time, David Kinnamon, to inform him of our intention to purchase this property. Kinnamon said he had recently retired and was no longer practicing law and recommended Attorney Forrest Hartmann as an alternative. Carl contacted Hartmann, who agreed to represent WSO on this matter.

On April 2, 2014, Mr. Dischler, Rodney, Mike and appraiser Julie Hankes walked the property for the appraisal. Mike described the property as an original mix of pine relict (on dry and tall cliffs and narrow ridges), hemlock relict (on moister, lower cliffs, mostly north- and northwest-facing near stream bottom), white oak savanna and white-red oak woodland on the broader ridges and gradual slopes, and marsh-alderash-maybe tamarack in the stream bottom.

Mike stated: “Overall, the forest is good to high natural area quality, especially the pine and hemlock relicts, which, although not large, are part of a larger complex in this and adjacent valleys.

“It would be a very valuable addition to the WSO preserve and the State Natural Area.”

The appraisal value came in several weeks later and was determined to be $449,000.

On April 25, Carl, Rodney, Mike, Forrest and Kim met to discuss the appraisal and the specifics of presenting it to Mr. Dischler. Mike agreed to contact him.

After several months, a meeting was set for July 30, 2014, with Carl and Kim driving down to meet with Mr. Dischler at his home just north of Indianapolis.

This is the first of a two-part series chronicling the current Honey Creek acquisition process.

By Kim Kreitinger, immediate past president of WSO.