A few weeks ago in a valley not far away… an early-rising Swamp Sparrow became the first bird tallied on the 2016 Honey Creek Birdathon. It was 3:17 a.m. and the full moon cast long, clear shadows; perhaps the sparrow was an insomniac or simply confused. While the Swamp Sparrow was not an “exciting” bird, it was a harbinger of things to come -– a lot of the expected species, and not a lot of “exciting” ones. 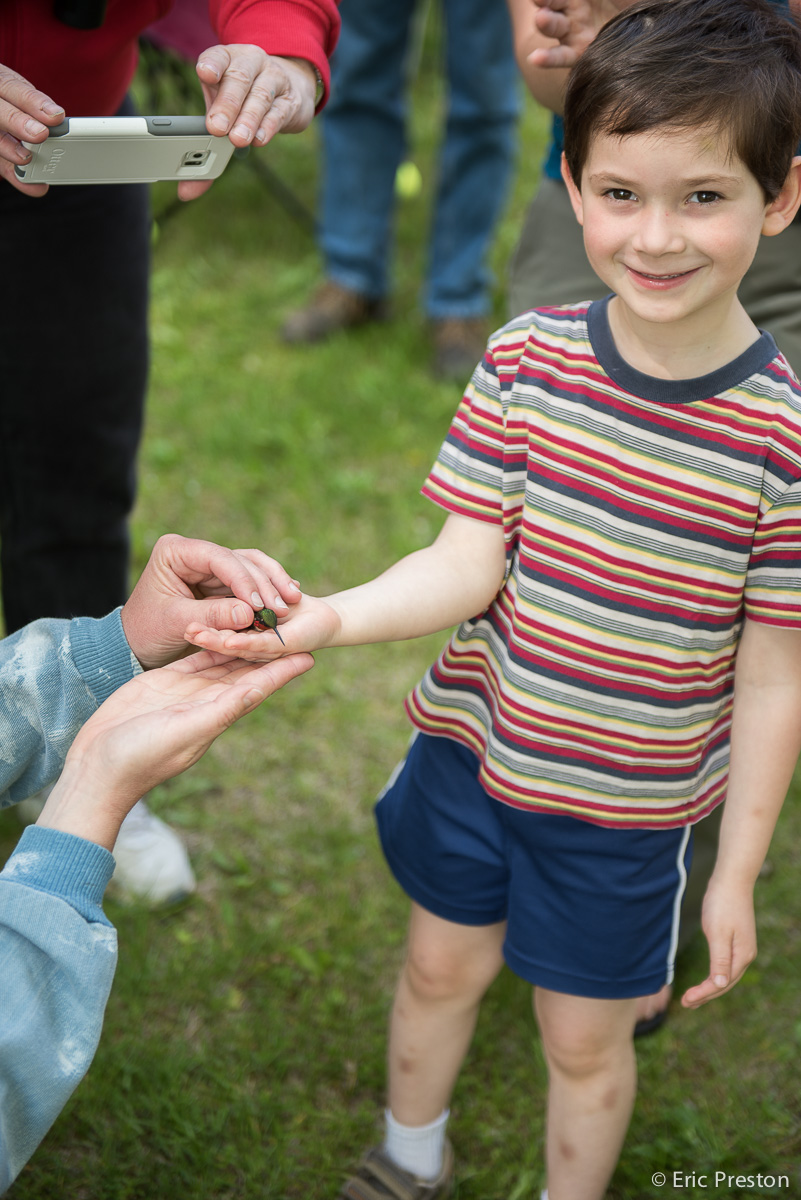 At 4 a.m., when the rest of the early counting crew of Carl Schwartz, Bettie Harriman, Anita Carpenter, Marilyn Bontly and Norma Zehner arrived, the species count had grown to five: Gray Catbird, Barred Owl, Common Yellowthroat and American Robin were the other nighttime singers. Over the next hour, we believe we heard seven pairs of Barred Owls from various directions but no other owl species were heard this year.

At 8 a.m. a group of 35 or so met at the trailhead to take the walk up the valley. The weather for our 32nd annual birdathon/ bandathon fundraiser could not have been better from a human perspective, although perhaps it was too nice from a species-count perspective. As the trees were in full leaf, birding was a challenge. With this year’s event falling a bit later than in past years, the Louisiana Waterthrushes were not singing and we only caught a brief look at one along the creek. Nice looks at a courting pair of Yellow-billed Cuckoos were a highlight and we worked very hard to catch a glimpse of a beautiful male Scarlet Tanager singing from the top of a far-off, fully backlit oak tree.

Around 5 a.m., as the eastern sky began to show signs of life, so did the birds. A chorus of multiple Veeries was a treat to hear. Northern Rough-winged Swallows darted about somewhere overhead, given away by their “dreet-dreet” calls. Some of us walked the road, others walked up the driveway towards the nature center, and others staked out the wet area near the bridge. And the species count continued to climb…the number of individual birds was somewhat low but the species count was doing well. One of the day’s highlights, a singing Kentucky Warbler, was heard part way up the trail along Honey Creek. And two flyover American Bitterns rounded out the early morning.

As we wrapped up the day, the final Birdathon count stood at 82 species, slightly below our three-decade average but respectable, none-the-less. For the combined Birdathon/Bandathon, over $5,700 was raised to care for the Honey Creek property.

One of the captures was a Gray Catbird that had a band already and we are awaiting details from the Bird Banding Laboratory. Unfortunately the data has yet to be submitted by the bander.

“Many of the birds had cloacal protuberances or brood patches, so breeding was underway! A Warbling Vireo was in the net, but escaped. Also banded were 3 adult male Ruby-Throated hummers. A female was present as well; however, she eluded the traps! 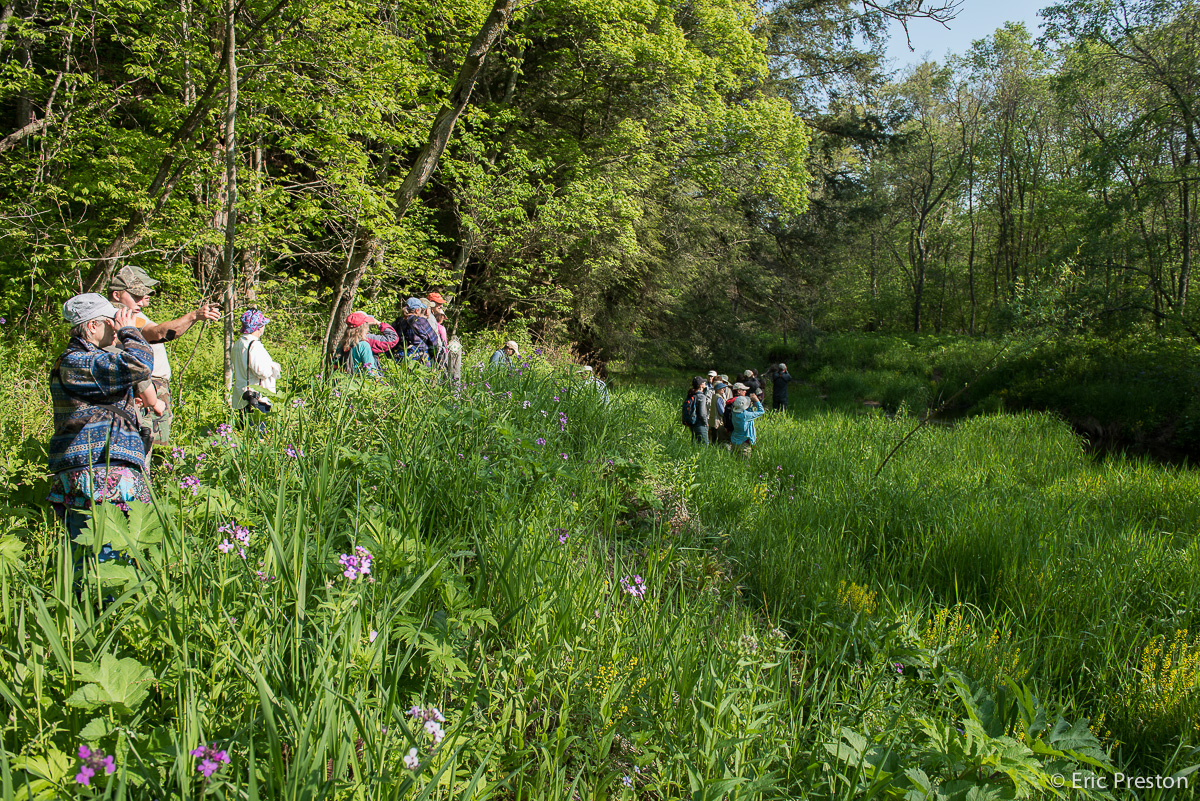