On Sunday March 6, 42 people assembled at the Sheboygan Marina at about 8 AM, for WSO’s annual spring lakefront field trip. The weather was fairly pleasant but the moderate winds put a bite to the air. So hats, gloves and a heavy coat were in order.

Within the Sheboygan Harbor and river channel we found 25 species. From the marina we had scope views of 2 Adult Great Black-backed Gulls and a Glaucous Gull among the Herring and Ring-billed gulls, as well as a few Greater Scaup. From the river channel, by the 8th street bridge, we had excellent close-up views of a male Long-tailed Duck, Common and Red-breasted Mergansers, Common Goldeneye. Farther up the channel were a few Redheads, Lesser Scaup, and a lone White-winged Scoter that has been hanging out there for a couple of weeks. 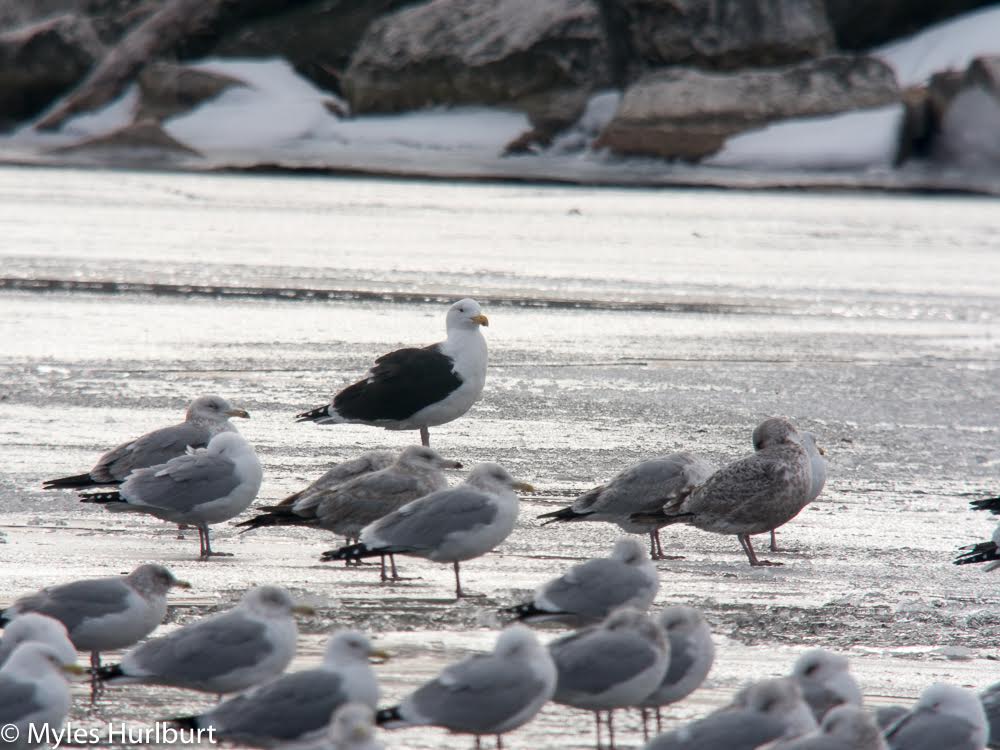 Our next stop was the Greenwing Retention Ponds on the south west end of town along Hwy 28 (Washington Ave.) east of I-43. This pond is often one of the first ponds free of ice in the area and seems to attract water birds in good numbers. Again the species tally was 25, including American Black Duck, Redhead, Lesser Scaup, Bufflehead, a female Hooded Merganser and a lone Pied-billed Grebe. The only other bird of note was a Belted Kingfisher sitting in the trees on the opposite shore, chattering at us on occasion. Next we visited Behrens Parkway Pond on the far south end of town off CTH OK (S. Business Dr.). A member of our group had stopped here prior to the trip and had Cackling Geese. There were lots of standard waterfowl on the pond but as we approached most flushed and flew off, with no Cackling Geese seen.

Our next stop was Kohler-Andre State Park for a restroom break and to check the feeders at the contact station. There were only a few Black-capped Chickadees and Juncos around the feeder, but at one point a Red-breasted Nuthatch flew in grabbed a seed and was off again. We made a token drive through the park but didn’t add much of anything else.

From here we headed south to Harrington Beach State Park. A few new birds added along the interstate included Red-tailed Hawk, American Kestrel, Sandhill Crane, Northern Shrike and Red-winged Blackbird. Our stop at Harrington Beach was at the lakefront at the end of CTH D. There was noticeable lack of waterfowl movement and the only noteworthy sighting was 6 Long-tailed Ducks zipping north about ¼ mile out. So we stayed a short time before heading back south to Port Washington.

Once at Port Washington we headed straight to the Coal Dock Park on the lake. I think there were more fisherman here than birds, but a couple of species made this stop very worthwhile. Not long after we arrived we found one of the 3 Red-throated Loons that have been present during the last week. It put on quite a show for us all and was often only 20-25 yards from shore. Also a pair of Peregrine Falcons were spotted flying around the Power Plant stacks and one sat on one of the metal ribs for good scope views. The only other bird of note here was single Glaucous Gull flying out beyond the break wall with some other gulls. A couple days after the trip, Myles Hurlburt sent me several photos he had taken during our field trip. One of his photos was of a 1st year Iceland Gull take from here at the park. Thanks Myles. 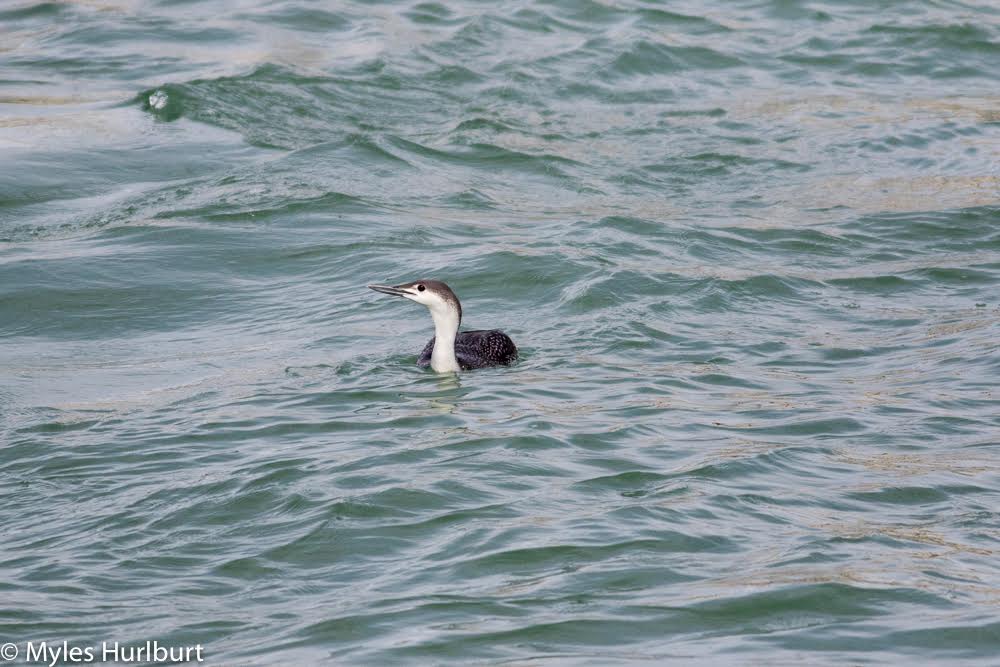 So all in all the trip was quite a success. We ended that day with a respectable 44 species and 1478 individuals. We were able to locate a few “good” birds, and had great time birding and visiting with friends. Thanks to all that attended. I enjoyed spending the morning with you all.