It was quite a morning at the Buena Vista Grasslands.  With sunshine and calm winds, even an early morning temperature around zero didn’t feel too bad – but, best of all, every tree and plant was covered with a thick, white layer of hoar frost!

Our group of about sixteen gathered along Hwy. W around 8:00 AM. We got off to a great start when a large flock of Greater Prairie-Chickens was sighted flying past us, off to the south.  A count was made, resulting in a total of 55 – which is a very nice group in recent years! We also had decent but distant scope views of a perched Rough-legged Hawk. 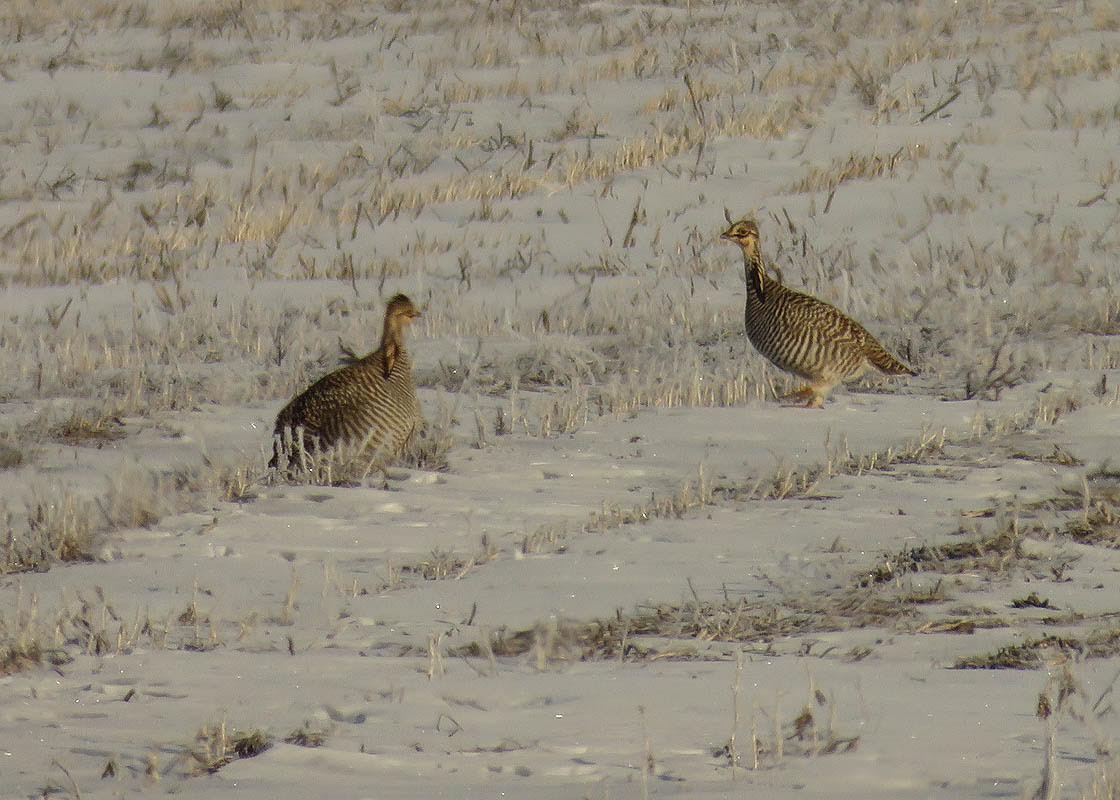 We started driving about 8:15, and headed north on Taft Road, then west on Lake Road. A group of about a dozen Snow Buntings was spotted landing in a field, and we stopped to get better looks of the foraging individuals.  When the took flight, a darker individual was spotted among them, and also heard calling – a Lapland Longspur. Just down the road, a Horned Lark paraded in front of us along the gravel roadway.

Reaching Town Line Road we turned south, the took Hwy. W to the west – out to the prairie-chicken kiosk, where we turned around and drove back to the east. Our primary search along this stretch was for a Snowy Owl, but unfortunately we weren’t able to spot one. A nice consolation prize, however, was finding two Greater Prairie-Chickens feeding in a field – and they gave us good opportunities to get good views and decent photos. Another Rough-legged Hawk was also spotted.

We turned south on Taft Road, taking it down to Swamp Road, where we turned west, then south on Farmers Road. Taking Mill Road to the west we came across a nice flock of Common Redpolls, which flew up from weedy field to perch briefly in a nearby tree. American Tree Sparrows were also present. South of there on Town Line Road we stopped at a home that often has bird feeders, but there were only a few common species present – including at least 50 Mourning Doves. 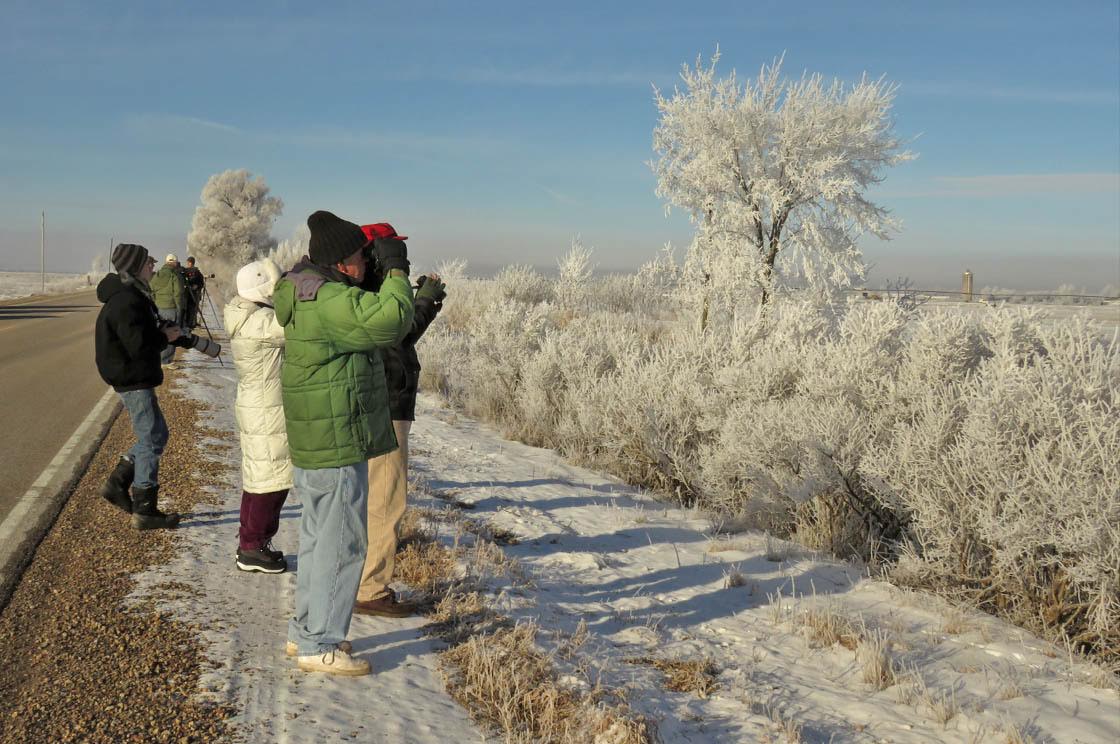 Continuing west on Tower Road and Hwy. 73 we stopped at a gas station for a bathroom break, then continued on through Nekoosa toward Babcock. We spotted a Common Raven along the road as we drove, and lots of crows as we took Hwy. 80 south to the city of Necedah and then to the Petenwell Dam. At least 25 Bald Eagles were present, mostly sitting in trees along the Wisconsin River, although there were a few flying around from time to time. From there we headed southeast to the Montello area, hoping to find a Golden Eagle – but unfortunately we struck out, although we did find a number of Wild Turkeys.