The late Dr. Noel Cutright, a leading figure in the state's ornithological community for more than three decades, will receive a major honor this spring. The Board of Directors of the Wisconsin Conservation Hall of Fame Foundation is recognizing him for his significant contributions to conservation.

Cutright will be inducted into the Hall of Fame during a ceremony tentatively scheduled for Saturday, April 30, in Stevens Point. More details will be provided as they become available. 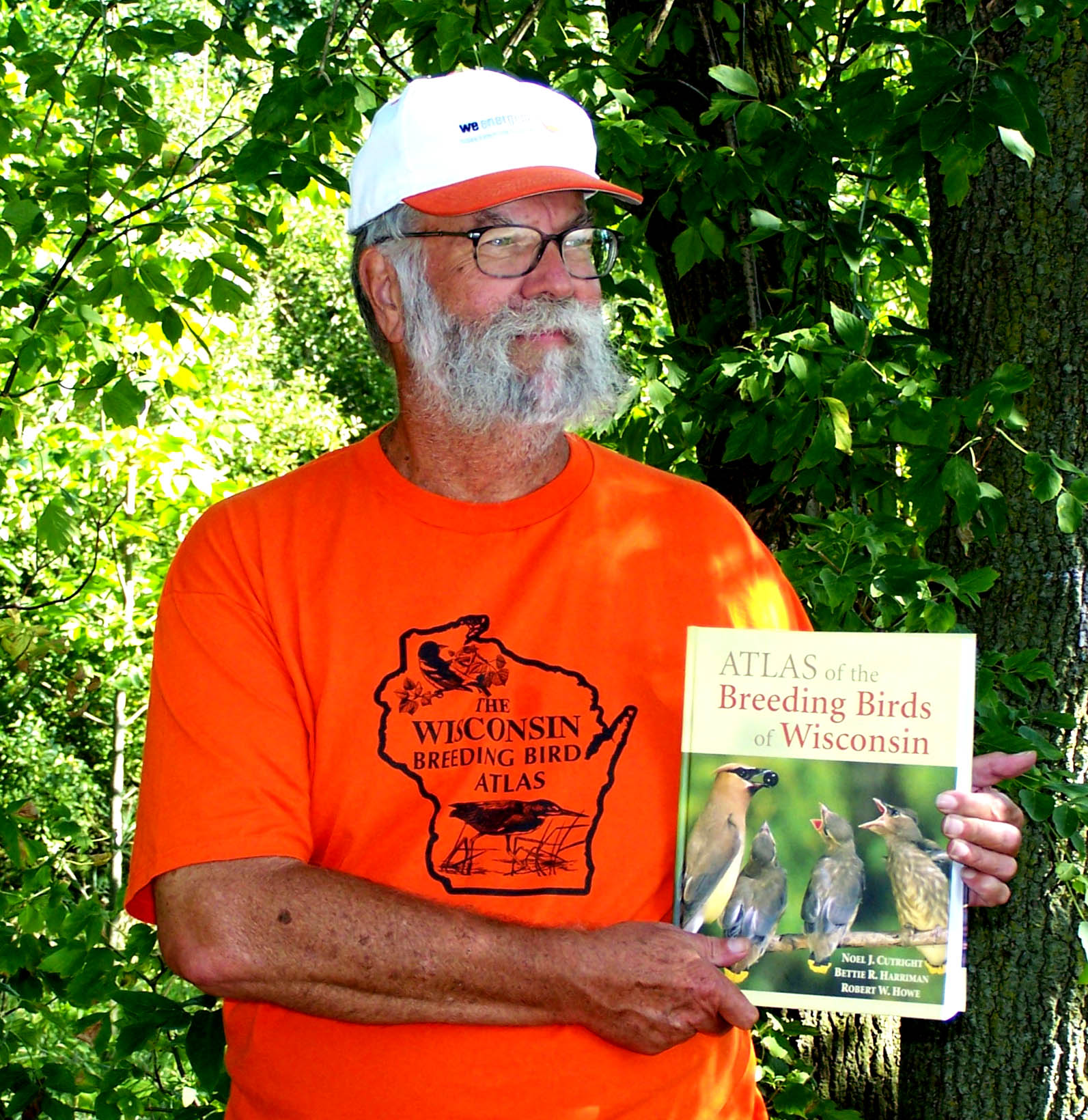 Cutright was nominated by Carl Schwartz and Bettie Harriman, who served with Noel on the WSO Board of Directors, on behalf of WSO. The nomination, which included 19 letters of recommendation, said:

"Dr. Cutright, who died on Nov. 13, 2013, was a well-known and beloved Wisconsin ornithologist who devoted his life to bird conservation and citizen science. In a state recognized for its conservation leadership, Noel worked tirelessly both professionally and in his private life on restoring, improving, and protecting our ecosystem at both a global and local level."

Twice president of WSO, Cutright was the founder of the Riveredge Bird Club in Newburg, and the Western Great Lakes Bird and Bat Observatory in Belgium. He was instrumental in creating the Bird City Wisconsin organization, which has recognized 93 communities statewide.

Cutright worked for We Energies as senior terrestrial ecologist for 29 years until he retired in 2006. He continued to serve We Energies as its sole emeritus staffer until the time of his death. He served on the boards of many non-profit environmental organization, including the Ozaukee Washington Land Trust, Riveredge Nature Center, the Urban Ecology Center, Mequon Nature Preserve, and WSO.

He earned a Lifetime Award for Citizen-based Monitoring from the Wisconsin DNR in 2007, a Lifetime Achievement Award from the Gathering Waters Conservancy in 2010, the first annual Lorrie Otto Memorial Award from the Milwaukee Audubon Society in 2011, and a DNR Special Recognition Award in 2013.

This fall, WSO was honored to become an organizational member of the Wisconsin Conservation Hall of Fame Foundation. The hall, which celebrates those who have made significant contributions to Wisconsin's rich conservation history, is located in the Visitor Center of the Schmeeckle Reserve at UW-Stevens Point. It includes an exhibit room celebrating the history of conservation in Wisconsin, and a gallery room displaying plaques honoring Hall of Fame inductees.

The WCHF Foundation is a non-profit organization composed of Wisconsin conservation-related organizations. It has a board of governors that solicits and screens nominations for potential inductees. Final approval for adding new members to the hall is done by the Board of Directors, made up of representatives of the Foundation's Organizational Members.

The Wisconsin Conservation Hall of Fame Foundation is the only such organization in the United States.

This is fitting, since Wisconsin has historically been recognized for its environmental leadership- much of which is due to the leadership of those inducted into the Hall of Fame.