Wondering where all the Snowy Owls went? Join the club!
There has been an incredible drop-off in reports since the atypically large October influx. Roughly 87 Snowies had been tallied across 40 counties in Wisconsin by Nov. 30, but 65 of those came during the Oct. 15-31 period alone. Only a handful of new birds have been reported over the last several weeks. Moreover, repeat sightings of those early-arriving owls have been few.

Combining these observations with a lack of many reports to our south (i.e. they didn't just fly by) and an uptick in reports of rehabbed and dead owls suggests that a high proportion of these birds, mostly juveniles hatched this summer, probably did not survive the journey and died of dehydration or starvation. While this is in strong contrast to many irruption years, including the last two, such high mortality is not unusual for any migratory bird species, let alone one with such a boom-and-bust breeding strategy. 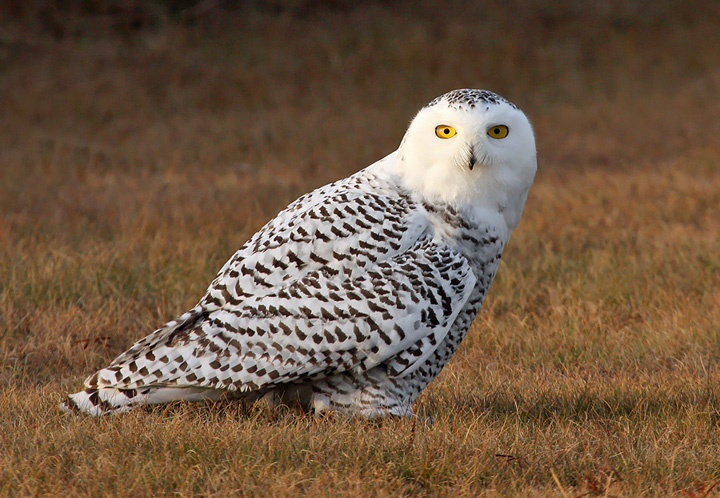 New reports of owls in seemingly better condition have come out of the northeastern U.S. and Northern Plains recently so what the weeks and months ahead have in store for us Wisconsinites is still a bit of a mystery.

Snowy Owls rank among the most charismatic wildlife species in the world. The heaviest of all North American owls, tipping the scales at 3 to 6 pounds, their bright white plumage, large yellow eyes, massive feathered feet, and diurnal tendencies appeal to even the most casual nature lover. Equally appealing to some are their unpredictable movement patterns and the remote artic wilderness they represent.

As their name suggests, Snowy Owls are generally a northern species, nesting worldwide on the treeless tundra above the Artic Circle. During a typical winter, some remain close to their breeding areas while others head south into southern Canada and the northern United States. At least small numbers reach Wisconsin each year. Every handful of years, however, large numbers move into the state, an event known as an "irruption".

Amazingly, 2015-2016 marks the third consecutive year, and fourth out of the last five, that has featured an irruption of Snowy Owls in Wisconsin during the winter months. This year's birds first arrived on October 15th, a full two-to-four weeks earlier than most years, with the proportion arriving in poor body condition notably higher this year. Many of the early birds showed up in locations even more odd than usual for Snowy Owls and allowed extremely close approach. The total of 87 so far this year compares with 76 as of this date last year and 22 in 2013.

Observers are asked to give the birds some extra space to help ensure their survival. Those owls that are truly weak, lethargic, and/or cannot fly may benefit from intervention. If you think an owl may be sick or injured, contact your local DNR office or wildlife rehabilitator for assistance.

Observers are also asked to report sightings of Snowies to Wisconsin eBird.

To help those interested in learning more about Snowy Owls, the DNR has created a new web page with helpful information, including periodic species updates and viewing pages. For more information: WI DNR Snowy Owls.