This year has been another great opportunity to see Snowy Owls, as anyone who is a Facebook user knows. There must be hundreds of photos of Snowies just from Wisconsin, and they are amazing. Manitowoc and southern Brown Counties have been very good, and up to 14 individual owls have been seen in a few hours by birders searching open fields in that area. Collins Marsh State Wildlife Area has been a good place to find them, and in that area, Charles Sontag and I recorded four during the annual Christmas Bird Count. 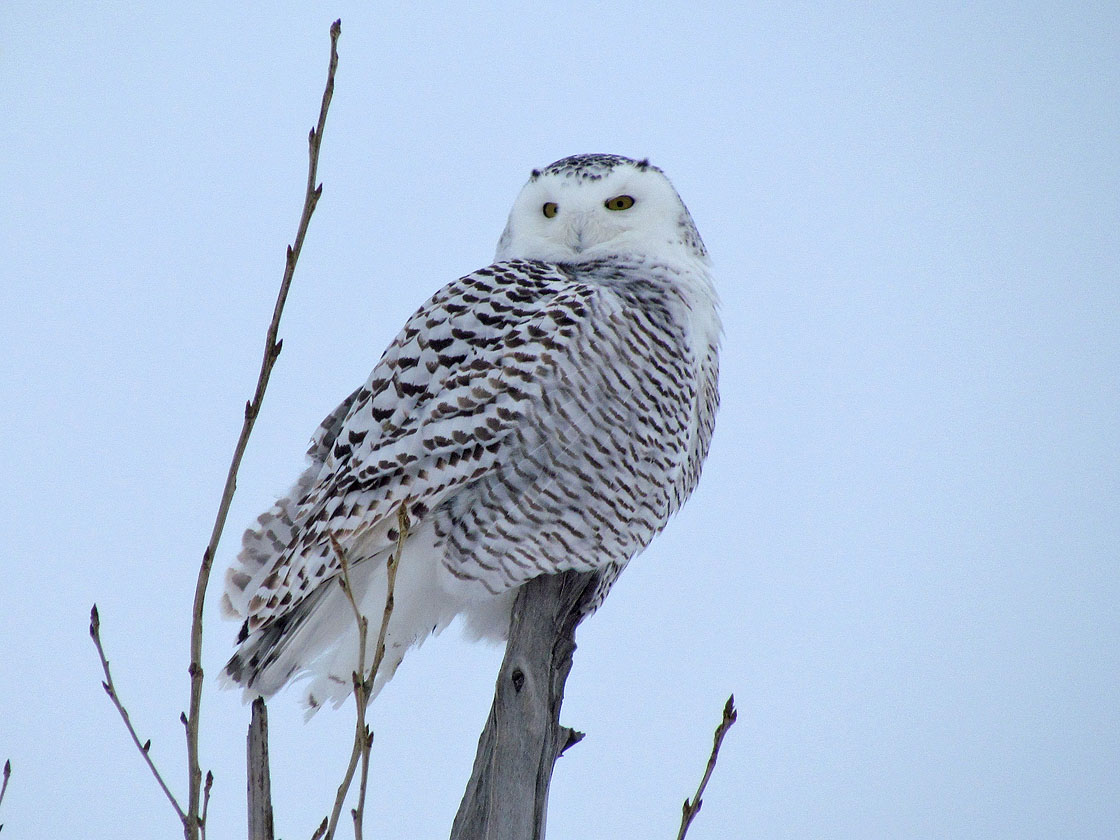 We found a pair near the parking lot along Highway JJ at Collins Marsh, viewing them from the parking lot and photographing them from a distance. Mine isn't an award-winning photo by any means, distant and dark, but it is enough to rememberthe experience and the day. We didn't leave the parking lot, and the birds never flushed or even seemed to notice us. Just the way we wanted it.

Our local DNR biologist contacted me a couple of weeks later, concerned at reports that people were harassing the birds at Collins to get better views and photos, and wondered if I could write about it in our nature center's weekly column in the local paper, which gave me an excuse to think about the subject again.

Snowies are irresistable, aren't they? We know humans are attracted to round faces and big eyes, but among the owls, Snowies seem to have a special allure, a sort of perfect bird. Of course we want to find them, and it's our nature to capture them in photographs so that we can continue to possess that precious moment.

Have I ever approached one for that reason?Guilty, been there, done that. Once.

Photographing a snow at the containment in Manitowoc, taking a series of photos, moving in just a bit closer for a better one, until the bird flushed. It only flew a few yards, and lighted upon the railing again, but I stood there feeling rather stupid.

I should know better. Worrying about a photo distracted me from the opportunity I had to simply enjoy sharing space with such a wonderful creature. So I backed off and the owl just watched.

Think about this: the owls that migrate south travel hundreds of miles, if not more. One radio-tagged owl traveled more than 1,400 miles from the Artic to Boston, wintering at Logan Airport. 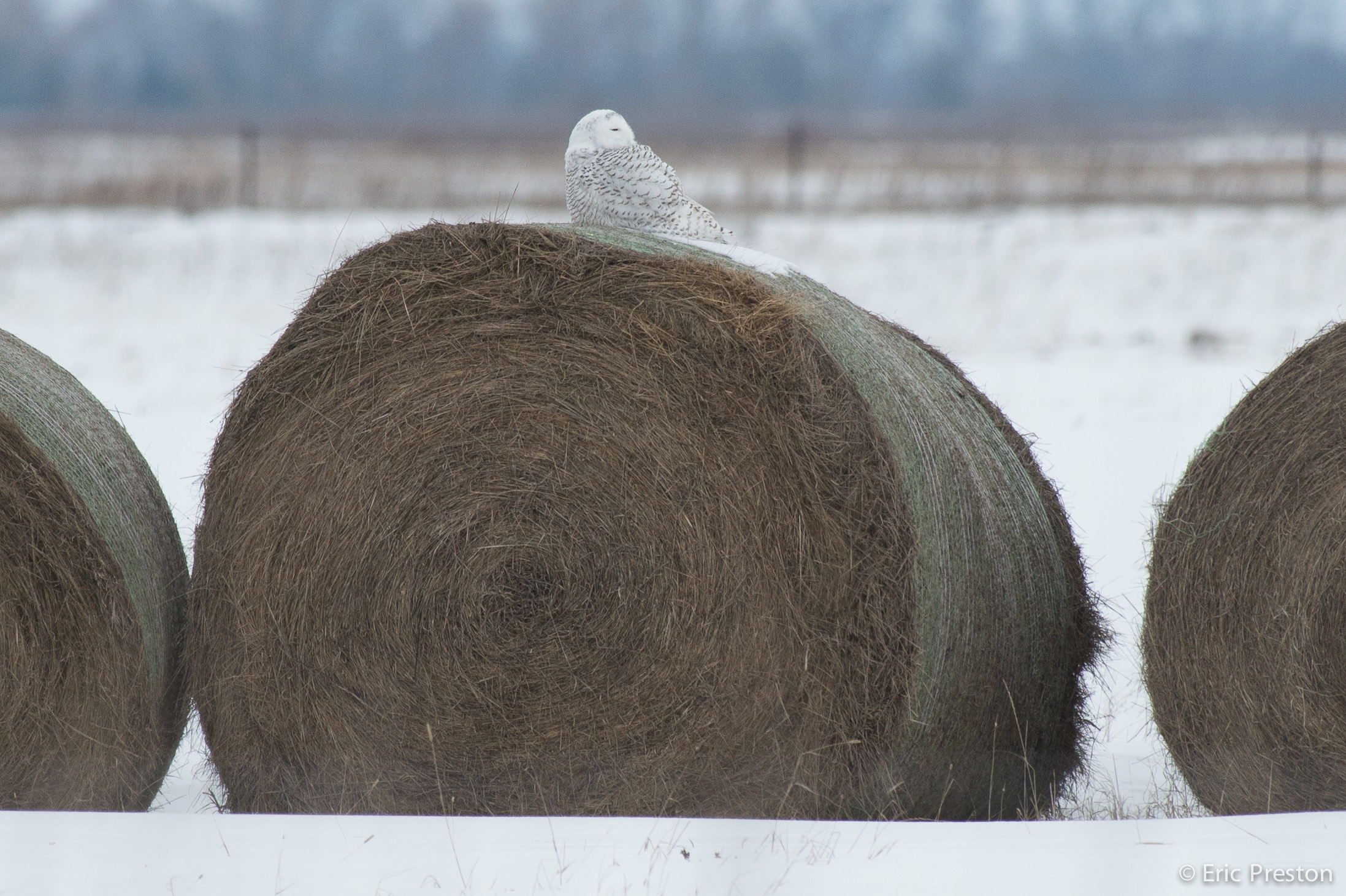 According to Environment Alaska, a snowy owl typically consumes about 12 small rodents each day to maintain itself; they can also eat larger prey and carrion to a lesser degree. How much more do they require during really cold weather? Or during migration, when they propel themselves for a thousand miles. Migration is the most dangerous period in a bird's life, with something like 85% mortality during those times.

Once the wintering area is reached life is typically easier and the birds can recover from their trip. But perhaps not if they are being chased, given the amount of energy and stress involved with being flushed.

Serious birders have known that for a long time, and organizations like the American Bird Conservancy and the Wisconsin Society for Ornithology have developed codes of ethics. WSO's code includes as its very first point an injunction to consider the welfare of birds while birdwatching by not flushing or harassing them.

Everyone should appreciate the birds and their beauty, but they should not be treated as objects put here for our amusement. They are fellow occupants of our winter landscape, and should be treated with respect and compassion.